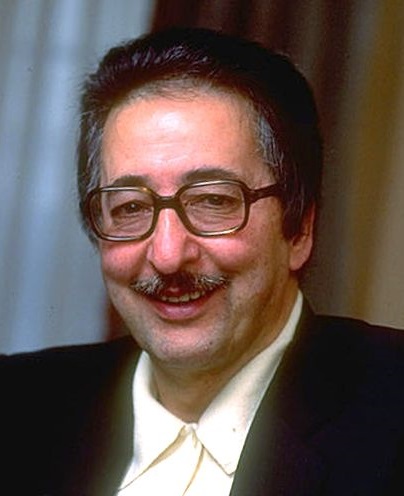 Sayyid Abul-Hasan Bani-Sadr (Persian: Abul-Hassan Bani-Sadr) (March 22, 1933 - October 9, 2021) was the first president of Iran after the Iranian revolution in 1979, which won and ended the monarchy. Temporarily appointed Minister of Foreign Affairs of Iran from November 12, 1979, after Ibrahim Yazdi, who was succeeded by Sadeq Qutbzadeh. He assumed the presidency of the Iranian Republic on February 4, 1980, until June 21, 1981, followed by Muhammad Ali Rajai in this position.

He participated in the fight against the Shah in the student movements in the early 1960's, was imprisoned twice, was wounded during the 1963 uprising, then fled to France and joined the Iranian resistance group led by Ruhollah Khomeini. He returned to Iran with Khomeini in the days of the revolution that began in February 1979. He was Deputy Minister of Economy and Finance and Acting Minister of Foreign Affairs for a short period during 1979, and Minister of Finance from 1979 to 1980. He studied finance and economics in France (Bachelor and Master of Business Administration).

He was elected president for four years on January 25, 1980, with 78.9 percent of the vote, in a competitive election against: Ahmed Madani, Hassan Habibi, Sadeq al-Tababa'i, Dariush Farhoud, Sadeq Qutbzadeh, Sami Kazem, Muhammad Makri, Hassan Ghafourfard, and Aya Hassan. The assumption of the presidency effectively began on February 4, 1980, but Khomeini remained Iran's supreme leader, with the constitutional power to remove the president. The letters continued from the hospital where Khomeini was recovering from heart disease. Abul-Hassan Bani-Sadr was not a cleric, and that is why he took this position due to Khomeini's insistence at the beginning of his rule that clerics should not run for positions in the government. In August and September 1980 he survived a collision between two helicopters near the Iran-Iraq border. Abu al-Hasan Bani al-Sadr disagreed with Khomeini after the latter accused him of poor performance in the leadership of the Iranian forces in the Iran-Iraq war. He was removed on June 10, 1981 from his position of responsibility because of his opposition to the continuation of