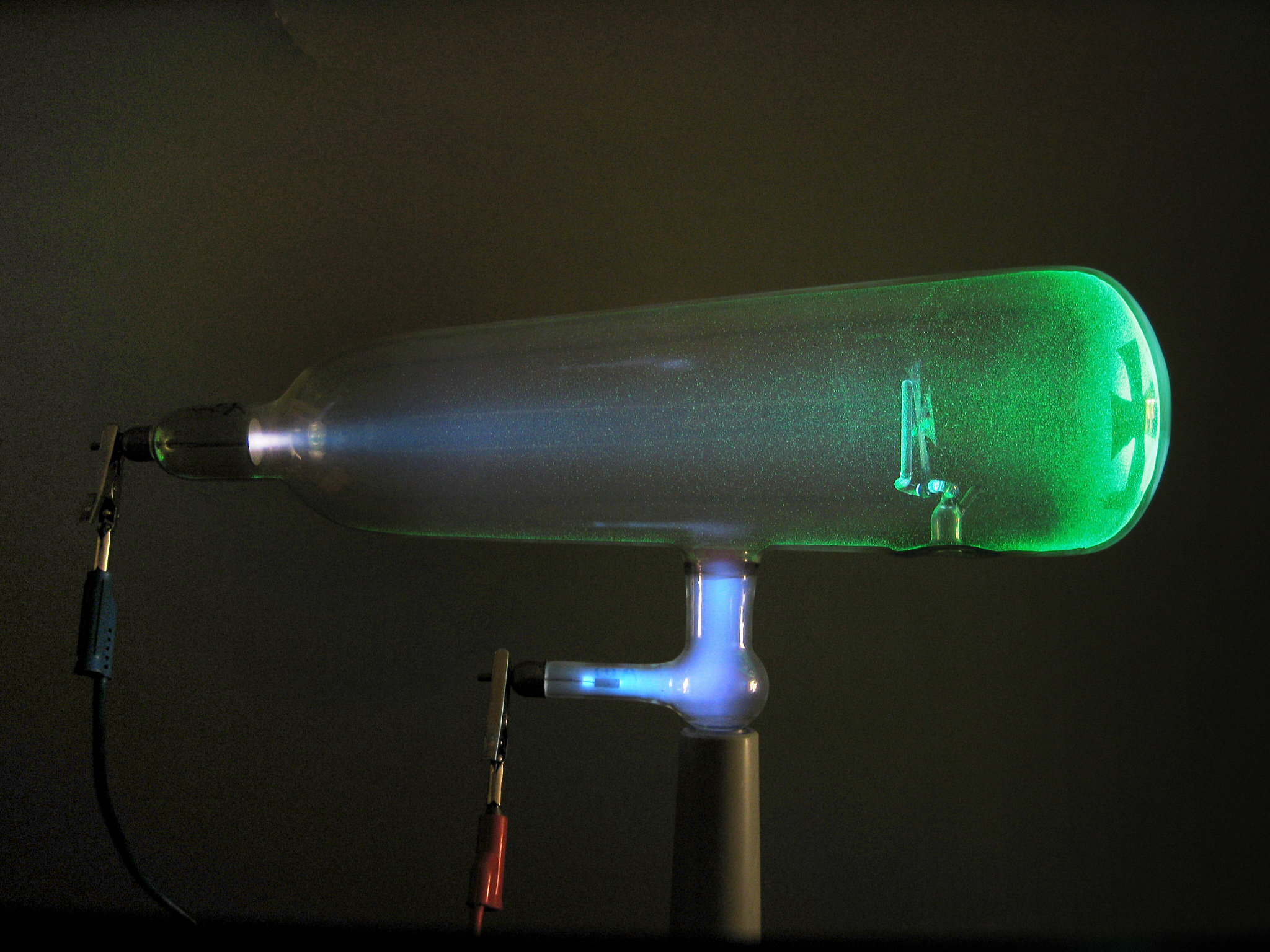 An electron (Note 1) or an electron (symbol: -e) is a subatomic, roughly spherical, subatomic particle of an atom that carries a negative electric charge. They were not known to have smaller components or particles, so they were considered elementary particles. An electron has a mass roughly 1/1836 that of a proton. The real angular momentum (the spin) of an electron is a half-integer value of ħ, which means it's a fermion. The antiparticle of the electron is called the positron, and it is identical to the electron except that it is opposite to it with electric charge and other charges. When an electron collides with a positron, they either scatter or annihilate each other, resulting in one or more pairs of gamma ray photons. Electrons belong to the first generation of the family of lepton particles, and contribute to the fundamental forces of gravity, electromagnetism and the weak nuclear force. As in matter, the electron has the properties of wave-particle duality in quantum mechanics, so it can collide with other particles and be deflected like light. However, due to the small mass of the electron, this duality is best demonstrated in laboratory experiments. Since it falls under the fermion family, and according to the Pauli exclusion principle, no two electrons can take the same quantum state. The theory of the concept of indivisible electronic charge was developed to explain the chemical properties of atoms, and its beginning was in 1838 with the British naturalist Richard Laming; Then the Irish physicist George Stoney introduced the name “electron” in 1894. In 1897, the British Joseph Thomson and his team of physicists defined the electron as a particle. Many physical phenomena, such as electricity, magnetism, and thermal conductivity, electrons have a fundamental role in this. The electron in its movement relative to the observer generates the magnetic field, and the external magnetic fields also make it deviate. When an electron moves, it absorbs or produces energy in the form of photons. Electrons surround the nucleus of protons and neutrons, so they all make up the atom, although the electron contributes less than 0.06% of the atom's total mass. The attraction of the Coulomb force between the electron and the proton causes the electrons to bond to the atoms. The exchange or sharing of electrons between atoms is the main cause of chemical bonds. According to theories, most electrons were formed at the moment of the Big Bang, but they can also be produced during the beta wear of radioactive isotopes and high-energy collisions, and at the moment cosmic rays enter the atmosphere.