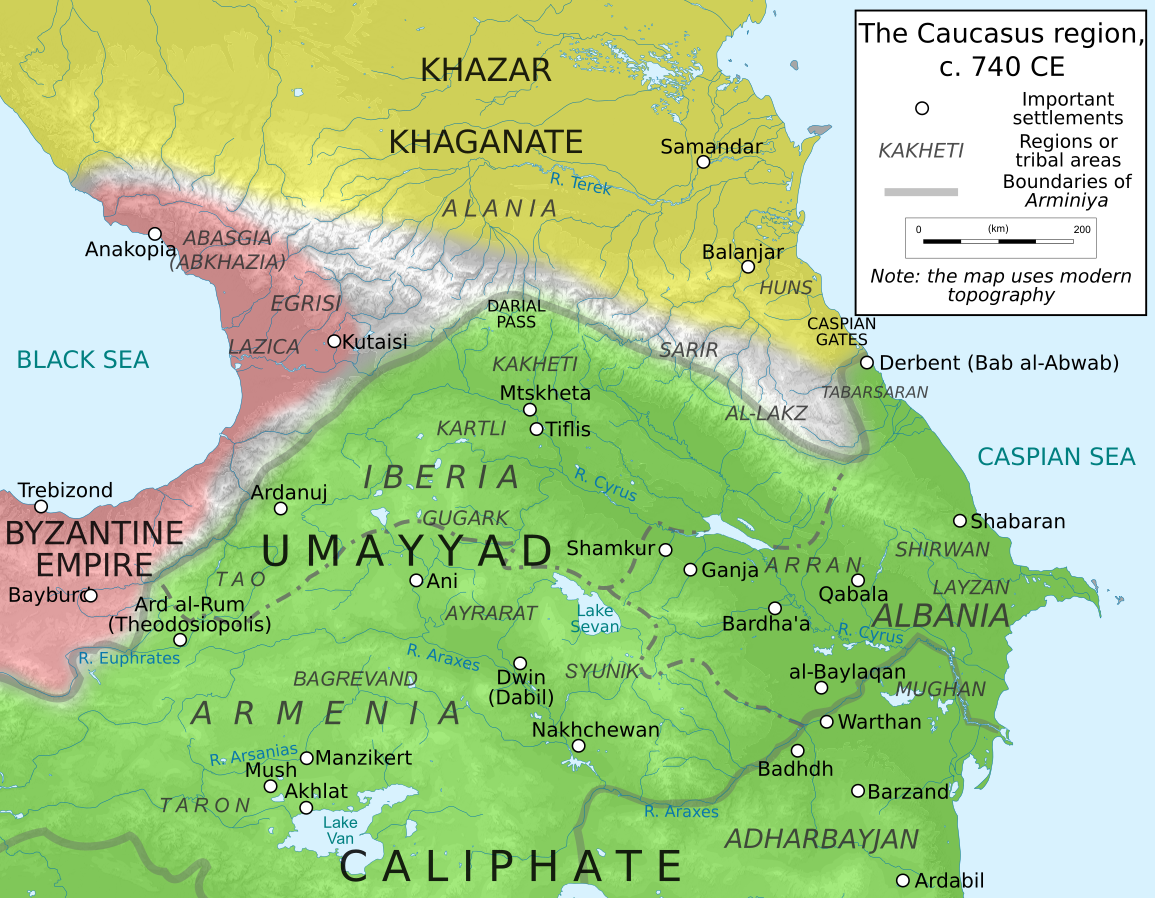 An Armenian principality (Armenian: Արմինիա ոստիկանություն) is an Arab Islamic geopolitical designation for medieval Armenia, Iberia, and Caucasian Albania after their conquest of this region in the 7th century. Although the caliphs initially allowed the Armenian prince to represent an Armenian province in return for the loyalty of the Armenians during times of war, the caliph Abd al-Malik ibn Marwan introduced Arab rule over the region. The name is written “Armenian” and not “Armenian”, as the first is a designation for the region that includes the Caucasus and Eastern Anatolia, and the second is the name of the contemporary state.

The first stage: the Arab invasion of Armenia

Details of the first Arab invasion of Armenia are not known with certainty, as various Arab sources contradict Greek and Armenian sources, both in chronology and in details of events. Nevertheless, the general content of the Arab campaigns is consistent between the sources, allowing contemporary scholars to reconstruct the events. According to Arab sources, the first Arab campaign reached Armenia in 639/640, following their conquest of the Levant by the Byzantines and the beginning of the Muslim conquest of Persia. The Arabs were led by Iyad bin Ghanem and penetrated even Badlis. They launched a second campaign in 642, but were defeated and driven out of the country. After this defeat, the Arabs launched a raid from Azerbaijan in 645, led by Salman bin Rabia, but they only set foot on the Armenian borderlands. Muslim sources trace the actual conquest of the country to 645/646, under the leadership of Habib ibn Maslama al-Fihri. The Arabs moved first to invade the western Byzantine part of the country, capturing Theodosiopolis and defeating the Byzantine army, before subduing the Armenian princes around Lake Van and marching to Debeil, the capital of the former Persian part of Armenia. Debeil surrendered after days of siege, and Tbilisi in the far north of Caucasian Iberia. At the same time, another Arab army from Iraq led by Salman bin Rabia invaded Caucasian Albania (Aran). Although Arab sources indicate that the country was actually under Arab rule, contemporary historians consider the contemporary account of the Armenian Bishop Sebius (which is partly confirmed by the Byzantine historian Theophanes the Confessor). ) are more reliable, and suggest several scenarios for the first Arab raids between 640 and 650, based on a critical reading of the sources; But it is clear that the country was not under Arab rule at this time. Armenian records mention that the Arabs first arrived in Armenia in 642, and penetrated into the central region of Irarat, plundered Debil, and returned with more than 35,000 captives. In 643, Armenia was again invaded by the Arabs from Azerbaijan.