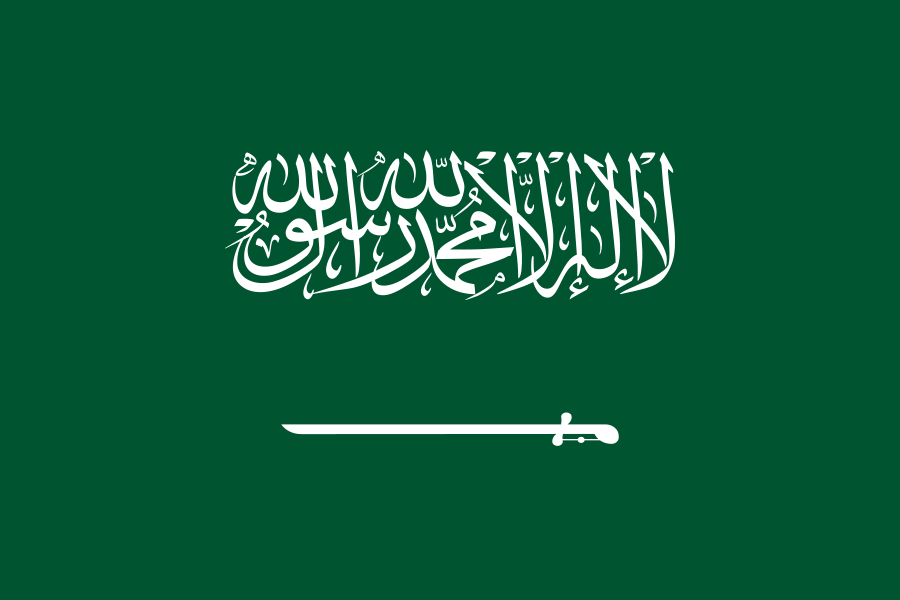 Saudi Arabia (or officially: the Kingdom of Saudi Arabia) is an Arab country, and is the largest country in the Middle East by area, located specifically in the southwest of the continent of Asia and constitutes the largest part of the Arabian Peninsula, with an area of ​​about two million square kilometers. It is bordered to the north by the Republic of Iraq and Jordan, by the State of Kuwait to the northeast, to the east by the State of Qatar and the United Arab Emirates, in addition to the Kingdom of Bahrain, which is linked to Saudi Arabia through the King Fahd Causeway located on the waters of the Arabian Gulf, and to the south it is bordered by Yemen, and the Sultanate of Oman to the south Eastern, as it is bordered by the Red Sea from the west. The Al Saud historically ruled in Najd and large areas of the Arabian Peninsula more than once, and the current Kingdom of Saudi Arabia is a product and heir of those historical entities, the first of those entities being the Emirate of Diriyah, which was founded by Muhammad bin Saud in 1157 AH / 1744 And it remained until Ibrahim Pasha led the army of the Ottoman governor of Egypt in a campaign to eliminate it in 1233 AH / 1818 AD, and that stage is referred to as the “first Saudi state”, but it did not take long after the fall of the first state until Turki bin Abdullah bin Muhammad established a new emirate for the House of Saud. In Najd, Riyadh was taken as the capital and continued until the rulers of the Emirate of Hail wrested the Emirate of Riyadh from the House of Saud in 1308 AH / 1891, and that stage is referred to as the “Second Saudi State”. Later, the young Abdul Aziz Al Saud in the year 1319 AH / 1902 recovered the Emirate of Riyadh from the hand of the Rashid family, and expanded control over the entire Najd in 1921 and was characterized by the Sultanate of Najd until Abdul Aziz succeeded in wresting the Kingdom of Hejaz from the hands of the Hashemites, and he installed the king of the Hejaz in January of 1926, and then In a year, he changed his title from Sultan of Nejd to King of Nejd, and the areas controlled by the Kingdom of Hejaz, Najd and its annexes were called, and remained by that name until Abdul Aziz united all the areas he controlled into one entity, and that was in 1351 AH / September 23, 1932, and its name was declared "The Arab Kingdom" Saudi Arabia. Currently, Saudi Arabia consists of 13 administrative regions, each of which is divided into a number of governorates, the number of which varies from one region to another, and the governorate is divided into centers that are administratively linked to the governorate or emirate. It contains the Grand Mosque in Mecca, and the Prophet's Mosque in Medina, which are considered the most important holy places for Muslims. Saudi Arabia is a member of the Cooperation Council for the Arab States of the Gulf, the League of Arab States, the United Nations, the Non-Aligned Movement, the Muslim World League, the Organization of Islamic Cooperation, the Group of Twenty, the International Monetary Fund, the World Trade Organization and the Organization of Petroleum Exporting Countries (OPEC).