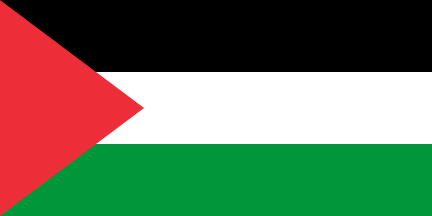 The Palestinian National Authority is the temporary self-governing body that was established in 1994 following the Gaza-Jericho Agreement to govern the Gaza Strip and Areas A and B in the West Bank, as a result of the 1993 Oslo Accords. After the 2006 elections and the ensuing conflict in Gaza between Fatah and Hamas Its authority was limited only to Areas A and B of the West Bank. Since January 2013, the Fatah-controlled Palestinian Authority has used the name "State of Palestine" in official documents. The Palestinian Authority was formed in 1994, under the Oslo Accords between the Palestine Liberation Organization (PLO) and the Government of Israel, as a temporary five-year body. Then it was assumed that further negotiations will take place between the two parties regarding its final status. According to the Oslo Accords, the Palestinian Authority was designated to have exclusive control over both security and civil issues in Palestinian urban areas (referred to as “Area A”) and civilian control only over Palestinian rural areas (“Area B”). The rest of the territory, including Israeli settlements, the Jordan Valley area, and bypass roads between Palestinian communities, was under Israeli control ("Area C"). East Jerusalem was excluded from the agreements. Negotiations with several Israeli governments resulted in the authority's control of some areas, but control was subsequently lost in some areas when the IDF recaptured several strategic positions during the second ("Al Aqsa") Intifada. In 2005, after the second intifada, Israel unilaterally withdrew from its settlements in the Gaza Strip, thereby extending the Palestinian Authority's control to the entire strip while Israel continued to control the crossing points, airspace, and waters off the coast of the Gaza Strip. In the Palestinian legislative elections on January 25, 2006, Hamas emerged victorious and nominated Ismail Haniyeh for prime minister. However, the national unity of the Palestinian government effectively collapsed, when violent conflict broke out between Hamas and Fatah, particularly in the Gaza Strip. After Hamas seized the Gaza Strip on June 14, 2007, Palestinian Authority President Mahmoud Abbas dismissed the Hamas-led unity government, appointed Salam Fayyad as prime minister, and dismissed Haniyeh. Hamas did not recognize the move, which led to two separate administrations - the Fatah-led Palestinian Authority in the West Bank and the rival Hamas government in the Gaza Strip. The reconciliation process to unify Palestinian governments has made some progress over the years, but has failed to achieve reunification. The Palestinian Authority has received financial assistance from the European Union and the United States