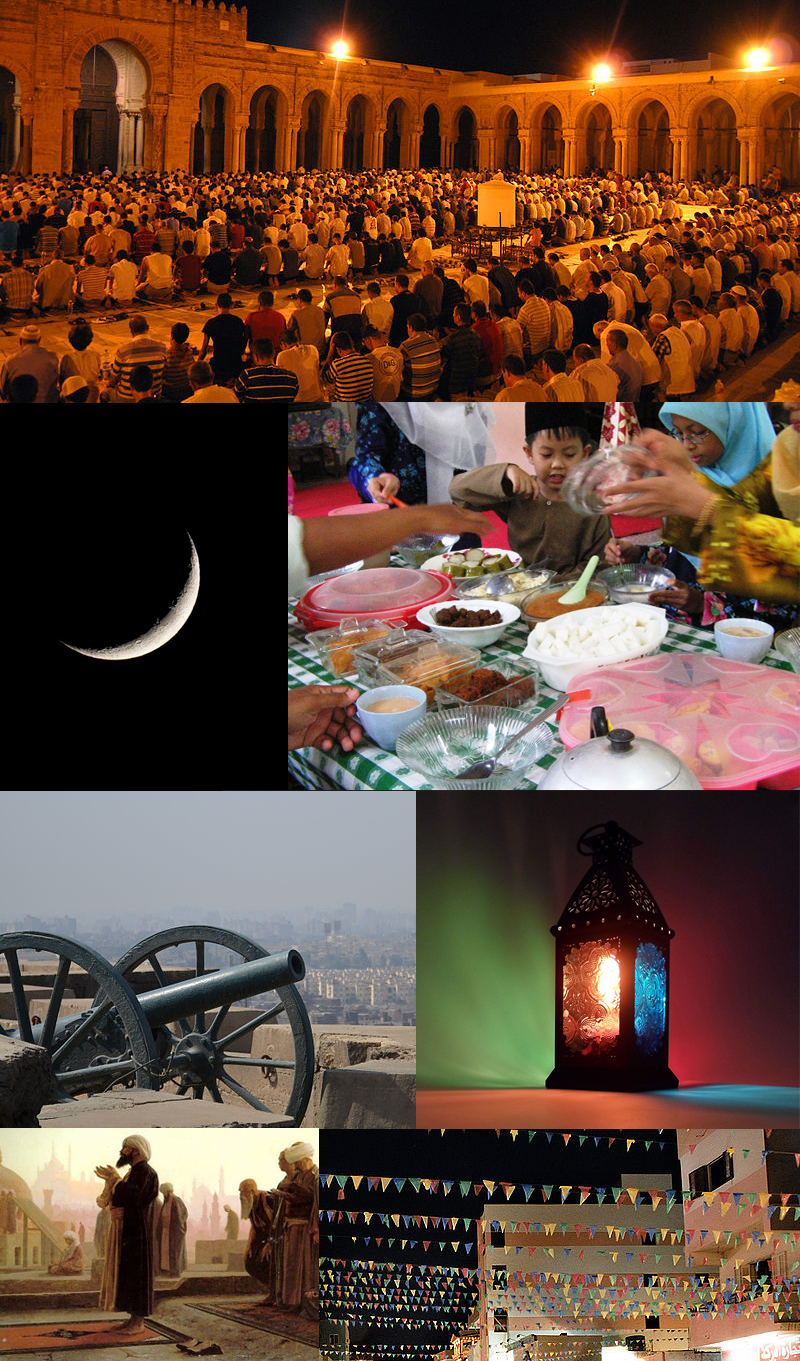 The month of Ramadan (plural: Ramadan, Armadah, Armada and Ramadan) is the ninth month in the Hijri calendar, which comes after the month of Sha’ban. His days (except for those who have a permissible excuse) abstain from food and drink, as well as from a group of prohibitions that invalidate fasting from dawn until sunset. The next day is the first day of Ramadan, or if its sighting is not confirmed, the next day (day 30) will be the completion of the month of Sha’ban and after that it will be the first day of Ramadan, and the duration of the month is 29-30 days. mushrooms; The month of Ramadan has a special place in the heritage and history of Muslims. In it, the revelation of the Qur’an began from the Preserved Tablet to the lowest heaven, and that was on the Night of Decree of this month, and then it was revealed after that at separate times during the period of revelation, when the Prophet Muhammad was in the Cave of Hira when the Angel Gabriel came to him according to Islamic beliefs, and said to him: Read In the name of your Lord who created, and this was the first verse that was revealed from the Qur’an, and the Qur’an was revealed from the Preserved Tablet on the Night of Decree in one sentence. . The month of Ramadan is also associated in Islamic countries with many religious rituals such as: Tarawih prayers and i’tikaf in the last ten days, as well as many customs and traditions such as inviting others to break their fast and setting up breakfast tables. And also the character of the masharati and the storyteller, food and some sweets that are eaten after breakfast...

The origin of the word Ramadan

The name Ramadan was not limited to Islam, and the name did not exist only after the mission of the Prophet Muhammad. The name has been around since the pre-Islamic era, where people used to name the months of the year according to the time of their occurrence at the time when the name was given or according to the type of month. For example, the month of Dhul-Hijjah: It was named like that because it was the season of Hajj and Muslims pilgrimage in it, and the month of Rabi’ al-Awwal: It was named like that because the time of its name took place in the spring; And so on. As for the blessed month of Ramadan; The word Ramadan came from the original “Ramad” which means intense heat, as the name Ramadan came at a time when it was very hot; He was given this name. And the name is Matthew