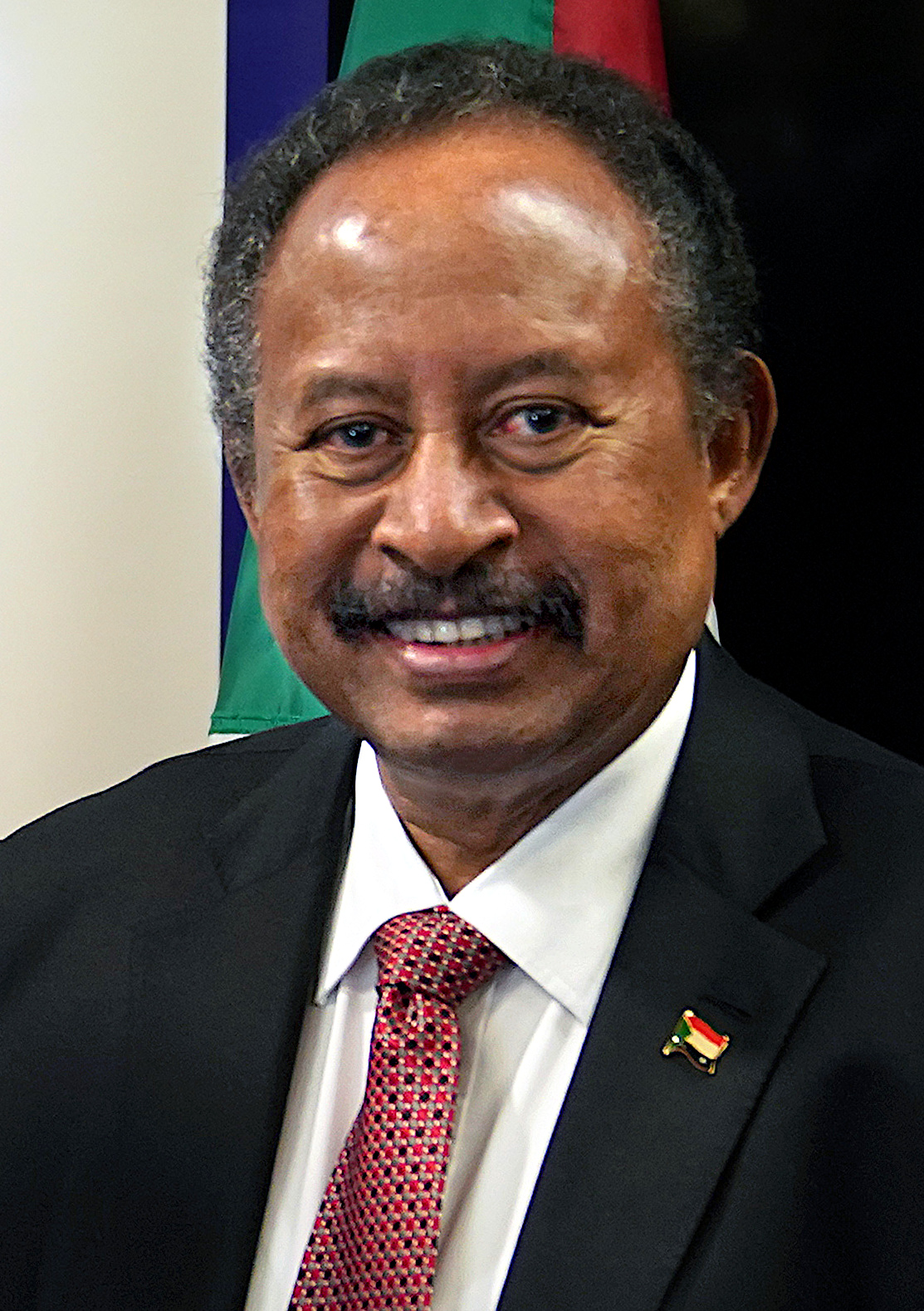 Abdullah Adam Hamdok Al-Kinani (born January 1, 1956) is the Prime Minister of the transitional government in Sudan between 2019 and 2022, when he resigned. and former Secretary-General of the United Nations Economic Commission for Africa. He has worked as an economist and expert in public sector reform, governance, regional integration, resource management, democracy management, and electoral assistance. With the transfer of power from the Transitional Military Council to the Sudanese Sovereignty Council, the Sovereignty Council appointed Hamdok as prime minister during the transitional period. He was sworn in on August 21, 2019. He was kidnapped and taken to an unknown location during a military coup on October 25, 2021. The European Union, the United States and other Western powers stated that they continued to recognize Hamdok's cabinet as the "constitutional leaders of the transitional government."

Abdullah Adam Hamdok Al-Kinani was born in the village of Al-Dabibat in South Kordofan State. He belongs to the Arab Kenana tribe, a branch of which migrated to Kordofan. He was born on January 1, 1956 AD. During his mission to the University of Manchester in the United Kingdom, he met Mrs. Mona Abdullah, a Sudanese woman from Khartoum who graduated from Zagazig University in Egypt. They have two sons: Ali and Amr.

Abdullah Hamdok began his career in 1981 when he joined the Ministry of Finance until 1987. After that, Abdullah left Sudan for Zimbabwe to work in a private consultants company until 1995, and then as a consultant in the International Labor Organization in the same country until 1997. Immediately after; Hamdok was appointed to the African Development Bank in Côte d'Ivoire, where he stayed for nearly 4 years before joining the United Nations Economic Commission for Africa in Addis Ababa in several locations until he became Deputy Executive Secretary. From 2003 to 2008, Hamdok worked at the International Institute for Democracy and Election Aid and later held the position of Chief Economist and Deputy Executive Secretary of the Economic Commission for Africa since 2011. By 2016; Appointed by United Nations Secretary-General Ban Ki-moon as Acting Executive Secretary of the United Nations Economic Commission for Africa.