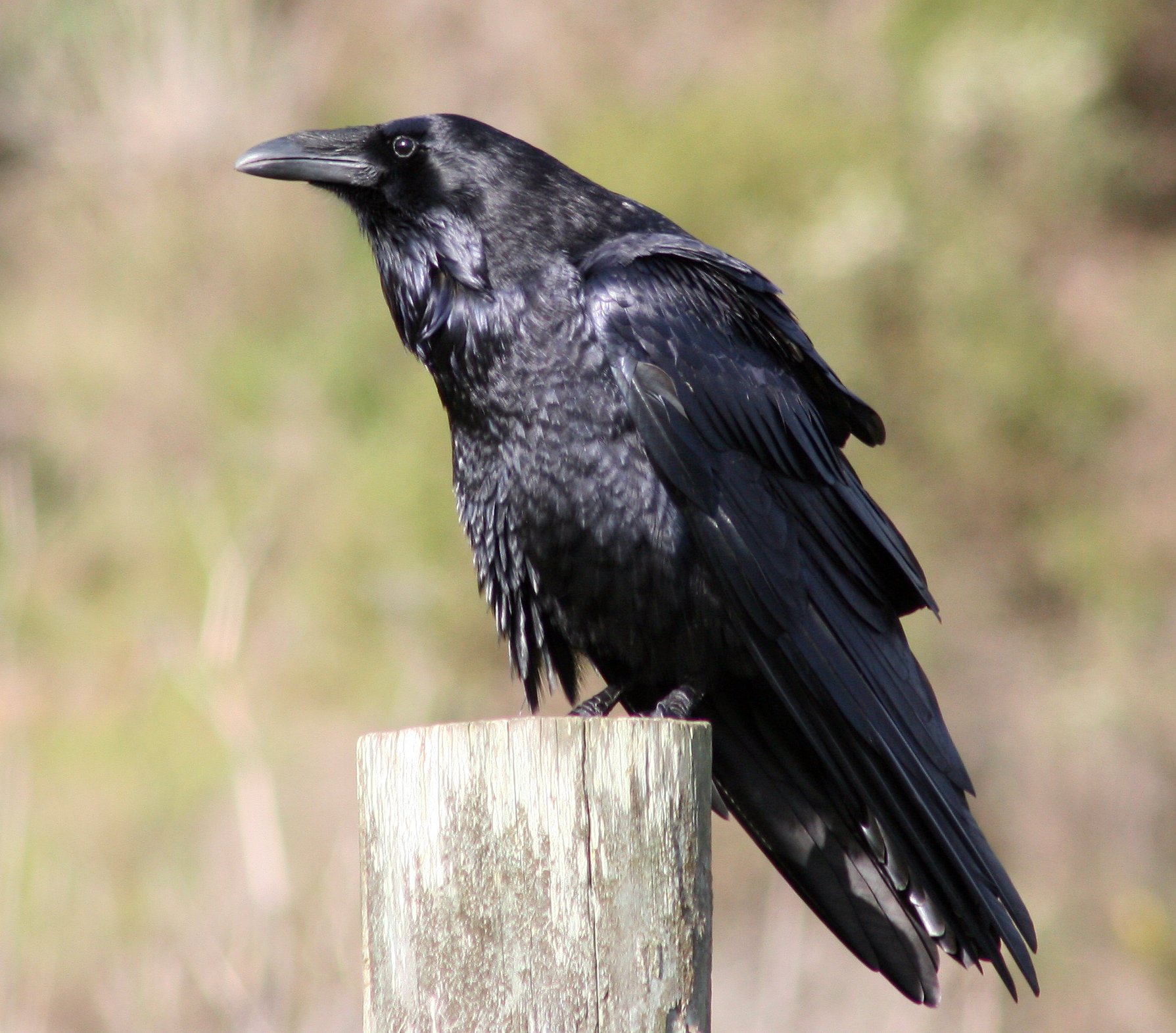 The familiar raven (Corvus corax), which is also known as the raven, the raven, the western raven, or the northern raven; It is a large passerine bird that is completely black in color and is the most widespread among all corvids, which is found throughout the northern hemisphere. There are at least eight subspecies with slight differences in appearance, although recent research has shown significant genetic differences between populations of different regions. The common raven is one of the two largest of the corvids, along with the thick-billed raven (Corvus crassirostris), and perhaps the heaviest of the passerines (Paseriformes). It has an average length at maturity of 63 centimeters (25 in) and an average weight of 1.2 kilograms (2.6 pounds). Familiar crows can live more than 23 years in the wild, although their life span is considerably shorter, which is only surpassed by a few Australian species such as the satin-bowl (Ptilonorhynchus violaceus) and perhaps the lyrebird (Philonorhynchus violaceus). Scientific: Menura). Young birds may travel in a flock but later mate for life, with each pair defending an area. Familiar crows have coexisted with humans for thousands of years and in some areas were so numerous that people considered them pests. Part of their success as a species is due to their diversified diet: they are highly adept and take advantage of opportunities to find sources of nutrition, feeding on carrion, insects, grains, berries, fruits, small animals, nesting birds, and food scraps. Some notable experiments with problem-solving have provided evidence that the familiar crow is extraordinarily intelligent. Over the centuries it has been the subject of legends, folklore, art and literature. The familiar crow has been taken as a spiritual symbol or considered a deified creature in many cultures, including the indigenous cultures of Scandinavia, ancient Ireland, Wales, Bhutan, the northwest coast of North America, Siberia, and Northeast Asia.

It is called a crow because of its blackness. Combines (ravens, strangers, strangers, westerns, and crows). His nickname is Abu Hatim, Abu Jahadef, Abu Al-Jarrah, Abu Hazar, Abu Zaidan, Abu Zager, Abu Al-Sha’um, Abu Ghiath, Abu Al-Qa’qa’, and Abu Al-Marqal. A genus of birds from the family of corvids and the order of passersby. Its 10 species are spread all over the world. The most famous of them are the raven, the raven, the speck, the wrist, the akhal, the leaf, the crow, and the raven.