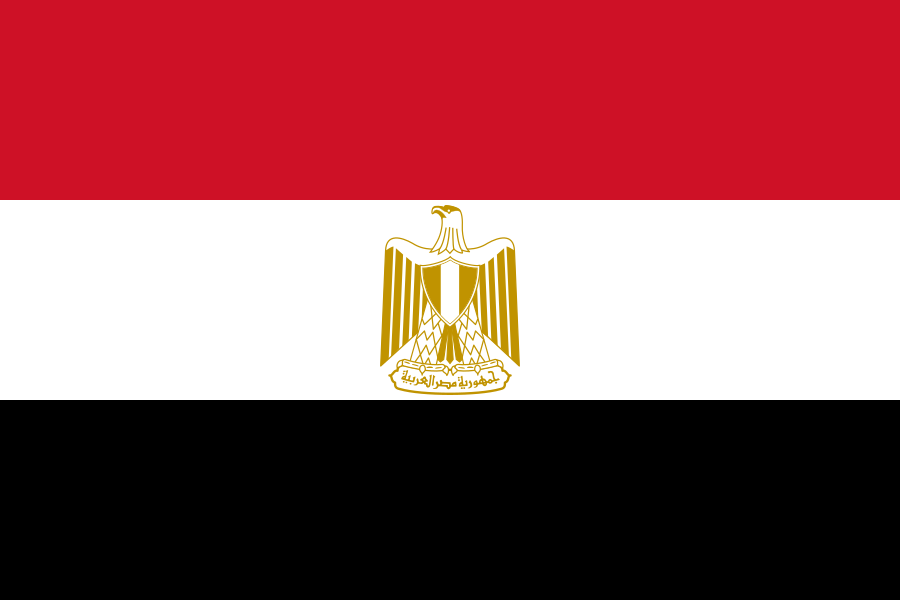 Egypt or (officially: the Arab Republic of Egypt) is an Arab country located in the northeastern corner of the continent of Africa, and it has an Asian extension, where the Sinai Peninsula is located within the continent of Asia. It is a transcontinental country, with an estimated population of 104 million people, to be ranked thirteenth among Countries of the world by population and the most Arab population. The Arab Republic of Egypt has long coastlines on the White and Red Bahrain, and shares borders with seven countries. The area of ​​the Arab Republic of Egypt is about 1,002,000 square kilometers. The inhabited area is 78,990 km2, or 7.8% of the total area. Egypt is divided administratively into 27 governorates, and each governorate is divided into smaller administrative divisions, which are centers or departments. Most of Egypt's population is concentrated in the Nile Valley and in urban areas, and the Nile Valley and the Delta constitute less than 4% of the country's total area, or about 33,000 km2, and the largest population bloc is Cairo. Greater, which has about a quarter of the population, followed by Alexandria; Most of the rest of the population also lives in the delta and on the coasts of the Mediterranean, the Red Sea and the cities of the Suez Canal. These areas occupy an area of ​​40,000 square kilometers. While the uninhabited desert constitutes the majority of the country's area. Egypt is famous for having one of the oldest civilizations on earth. People began to migrate to the banks of the Nile and settled and began cultivating the land and raising livestock about 10,000 years ago. Its people developed rapidly, started simple industries and developed its interconnected social fabric, and they formed peaceful neighboring emirates on the banks of the Nile exchanging trade, a precedent for all countries of the world. The Badari civilization about 7000 years ago and the Naqada civilization (4400 BC - about 3000 BC) testify to this. Its natural development was to merge with each other in the north and south and unify the tribal and maritime aspects, and the central rule represented at the beginning of the dynastic era (about 3000 BC). It exchanged trade with its neighbors, as Egypt is one of the first trading countries. The innovation of writing in Egypt had a great impact on the course of life in the country and its rapid development. The ancient Egyptian was fond of writing, and ancient Egypt also witnessed a development in the fields of medicine, engineering and arithmetic. Many historical eras and eras coincided with Egypt, including the Persians (about 343 BC), then the advent of Alexander the Great (323 BC), after which the Ptolemaic state was established, and then the Romans invaded (31 BC) and remained under their rule for 600 years. During the period of Roman rule, Egypt witnessed the emergence and spread of Christianity in Egypt, after which came the Islamic conquest (about 639 AD) and Egypt turned into an Islamic state. Founded