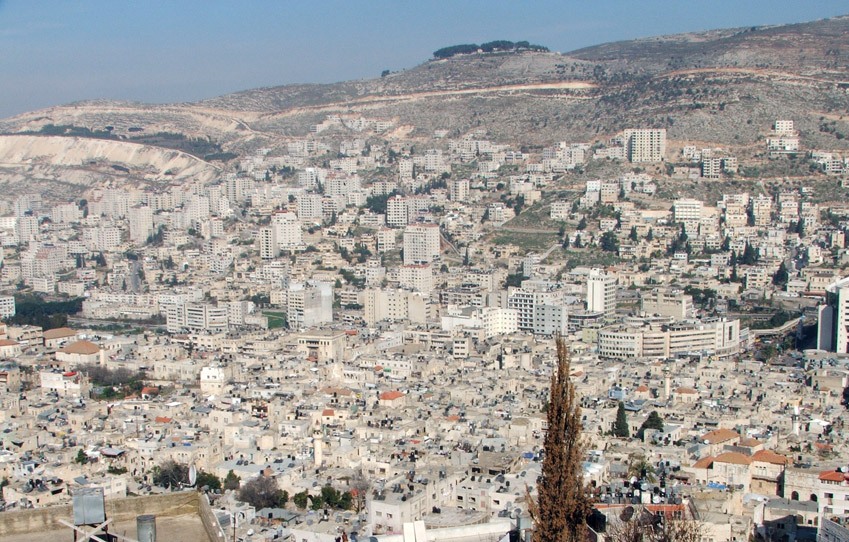 Nablus is one of the largest Palestinian cities in terms of population and most important location. It is the headquarters of the largest Palestinian universities. Nablus is the center of the northern West Bank in addition to being the capital of the Nablus Governorate, which includes 56 villages and has an estimated population of about 388,321 people, according to 2017 statistics. It is also known by the names of Jabal al-Nar, Lesser Damascus, the Nest of Scholars, and the Uncrowned Queen of Palestine. In the fifth and sixth centuries AD, a conflict between the residents of The city of Samaritans and Christians led to the emergence of a number of Samaritan uprisings against the Byzantine rule, before the empire violently put down their revolts, which led to the decline of their number in the city. The Muslim Arabs, at the time of the caliphate of Abu Bakr Al-Siddiq, conquered this city and the rest of Palestine and the Levant. Nablus fell under the Crusader rule in 1099 before returning to the rule of the Ayyubid Muslims and the Mamluks after them. Nablus became the capital of the Sanjak of Nablus during the Ottoman era. During this period, it was a sanjak affiliated with the Eyale of Damascus, then to the Sidon Eyale (which succeeded the Eyale of Acre and parts of the Eyalet of Damascus) and finally the Wilayat of Beirut in the last Ottoman administrative division. The city was subjected to Egyptian rule, which lasted for nine years in the Levant, in the fourth decade of the nineteenth century, before returning to Ottoman rule. It was occupied by the British when the Ottoman Empire was defeated in the First World War and Palestine came under the British Mandate. Nablus fell under Israeli occupation in 1967 when the entire West Bank fell. The city is famous for its ancient soap industry, and the Nabulsi kunafa, which is considered one of the most famous oriental sweets in the Levant, in addition to some agricultural products such as Nabulsi thyme and Nabulsi cheese.

If Palestine is the heart of the Arab world because it links its north to its south and its east to its west, then Nablus is the heart of Palestine because it links its north to its south and east to its west. The city was the center of the Nablus Brigade in the West Bank after 1948 AD, and in the mid-sixties it became a center for the Nablus Governorate. It enjoys an important geographical location, as it is in the middle of the Palestinian mountainous highlands region and the Nablus Mountains. Nazareth and Jenin in the north to Hebron in the south, and from Jaffa in the west to Damiya Bridge in the east. It is 69 km from Jerusalem, 114 km from Amman, and 42 km from the Mediterranean Sea. It is linked to its cities and villages by a good network of roads connecting it to Tulkarm.