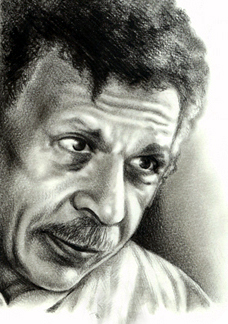 Ahmed Fouad Negm (1929 - 2013) and his famous “Al-Fagoumi” (pronunciation: /elfæˈgu:mi/) and Abu Al-Masriyyin is one of the most famous Egyptian poets who wrote in the modern Egyptian language (Egyptian colloquial). Was a resident of the earthquake dorms Dumps: Fix/category Popularity and the reason for his fame is his bold hair, which the rulers slander and favors the Egyptian people, especially the majority of them, and of course his wit is a main reason for the spread of his simple and deep poetry at the same time. But his audacity was more than 18 years old in prisons and detention centers. Negm criticized the policies of the three Egyptian presidents, Abdel Nasser, Sadat, and Mubarak, but Sadat had the lion's share of Negm Sokhna's poems, to the extent that President Sadat called him an obscene poet. A star named Gamal Abdel Nasser "Abdul-Jabbar". The name Ahmed Fouad Negm was associated with Sheikh Imam, who used to sing his poems to him, but they disagreed with each other for financial reasons and separated after they lived in France and did parties that were mostly attended by Arabs. He joined the New Wafd Party and then resigned from it on October 10, 2010, and announced that he protested against the decision of Mr. Al-Badawi, the head of the party, that he had suspended Ibrahim Issa from his presidency of the editor-in-chief of the Constitutional Journal. After the January 25 revolution, he joined the Free Egyptians Party

Ahmed Fouad Negm was born in Sharkia in 1929. He comes from a simple Egyptian family in the Egyptian countryside, his mother is a housewife, her name was Hanem Morsy Negm, and his father, Mohamed Ezzat Negm, worked in the police. A star from a large family, and he had 17 brothers and sisters, and as usual, the first education I received was in the book, and after his father’s death, he moved to live with his uncle in Zagazig, and life revolved around him between the orphanage in which he met Abdel Halim Hafez, and when he completed 17 years of age He took refuge and returned to his country and then went to Cairo with his brother who expelled him from the house. The first poetry collection he published was titled Pictures from Life and Prison

Ahmed Fouad Negm wrote many poems about love (such as “I repent of your love,” “Ahim longing” and “Ashq al-Sabbaya”), and on patriotism and love for Egypt (such as “Bahiya,” “I love you,” “Good morning,” and “Two words.” O Egypt”), and was recognized for his belief in social justice and wrote many poems about his ideas. Ahmed Effendi cover up Al-Bataa stumps The American Khawaja Shahatin The amazing drink Beans and meat I love you, I love you, Egypt Haha cow important statement Taoist berries Deli Shikara build your palaces Good morning to the roses that opened in Janayen Egypt on the station as if you are nothing six dog Two words, Egypt Nawara. Who are they and who are we? Long live my country