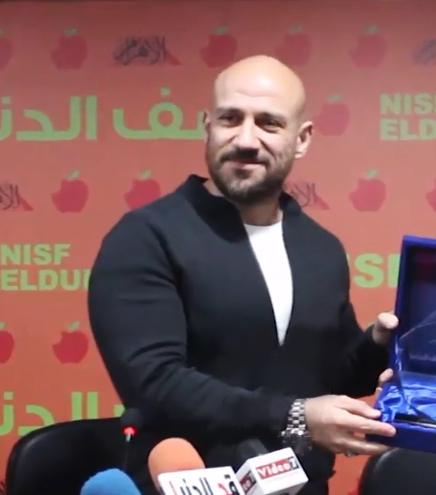 Ahmed Mekky is an Egyptian actor, director, writer, and rapper of Algerian origin. I was born on June 19, 1978, in Oran, Algeria. His first appearance was in the movie Ibn Ezz, in which he played the role of the hero, and it was a small role. After that, he directed the movie The Seventh Sense in 2005, and he was supposed to remain the director of the Tamer and Shawqih series, but at the last time, he did not want to play the role of Haitham, so he did the two parts. Ahmed Makki worked in two films produced by Good News Company after that: Marjan Ahmed Morgan in 2007 and Laylat Al-Baby Doll, produced in 2008. The first movie in his starring role is H Dabour, produced in 2008, which began showing on August 6 after being delayed so many times. He starred in films like: Bird You Who Written by Omar Taher in 2009, and the movie No Retreat or Surrender, and Donia Samir Ghanem co-starred with him, and the two films were successful. After that, he made a movie called Sima Ali Baba, with whom I co-starred with Amy Samir Ghanem in 2010, (You are not as good as the rest).. He also made the "Big Oi series", which succeeded in a solid success in its five parts, then starred in the Khalsana series with grace.

His most famous songs