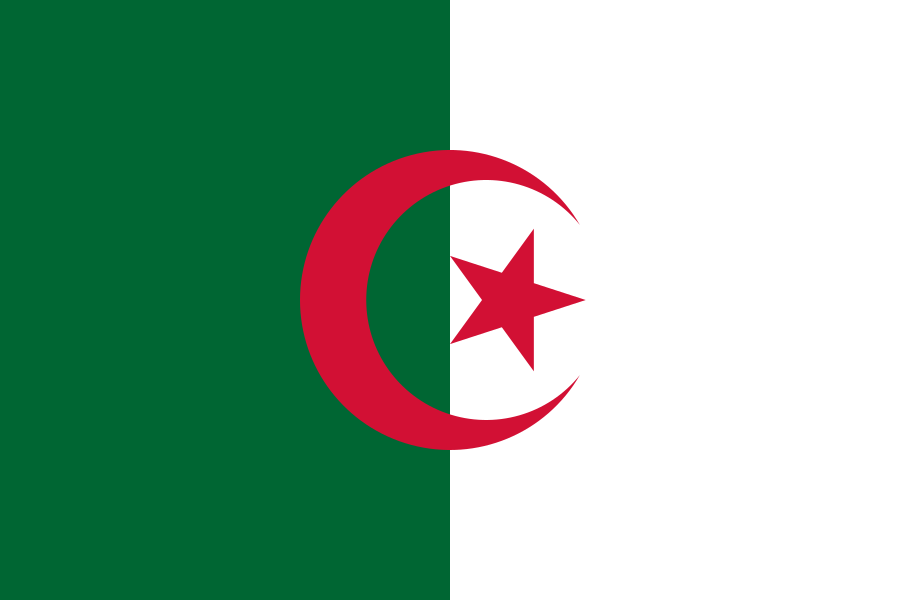 Algeria, known officially as (People's Democratic Republic of Algeria) in Algerian: People's Democratic Republic of Algeria - Berber: Dzayer (French: Algérie), is a country in northwest Africa overlooking the Mediterranean Sea. Its area is 2,381,741 km2, the population is about 34 million. Its capital is the city of Algeria, and its cities are Oran, Constantine and Annaba. The official language is Arabic, the second language is Berber (Amazigh), and French is the primary foreign language. It has borders with Tunisia, Libya, Morocco, Mauritania, Mali, Niger and the Western Sahara. The area of ​​Algeria was the second largest country in Africa. But Algeria, after the division of Sudan, became the largest African country by area.

It is divided into five terrain ranges, which are from north to south: the coastal plain, the maritime Atlas Mountains ranges, the Chott plateau, the Atlas interior ranges, and the Sahara. The most fertile land in the coastal region. The most important of its crops are grains and vines, and it depends on rain in agriculture, and it uses irrigation and dry farming. And Algeria is considered one of the most important areas for growing olives and dates in the world, and it has fruit and citrus trees, and tomatoes, carrots, chickpeas, beans, tobacco, cotton, beets and aromatic plants are also grown. Hydrocarbons and mining in Algeria include petroleum, gas, iron, phosphates, coal, zinc, lead, mercury, copper and antimony. It includes carpets, furniture, oils, soap, cigarettes, canned goods, sugar, vinegar, leather tanning, and matches. And there are also fisheries. Algeria has a modern road network linking cities and ports.