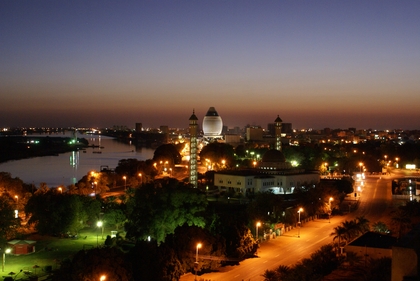 Sudan is a North African country and a member of the African Union, its official name is the Republic of Sudan, and it is considered part of the Middle East politically and geographically. Sudan is surrounded by Egypt to the north, the Red Sea, Ethiopia and Eritrea to the east, Libya and Chad to the west, and Kenya, Uganda, the Central African Republic and South Sudan to the south. The people of Sudan have a long history that extends from ancient times and is intertwined with the history of Egypt. The area of ​​Sudan is 1,886,068 square kilometers, and its ranking is the largest in the world. The capital of Sudan is Khartoum, and its largest city is Omdurman.

The climate is cold from November to March, and at the beginning of April every year, the summer season enters and continues until the end of June, and rain begins at the beginning of July and continues until October. There is no spring in Sudan. In the southern part, the climate is on the equator, with the summer season continuing for more than 8 months.

Sudan as a central state is a modern country. Sudan is a word by which the Arabs called the countries that are in southern Egypt, such as Darfur and Kordofan Sennar. As for Nuba, it was all within the Egyptian borders in many periods of the era of the last Pharaonic dynasties, Muhammad Ali was the first one to unify the provinces of Sudan and establish their borders and build Khartoum as the first capital of Sudan.