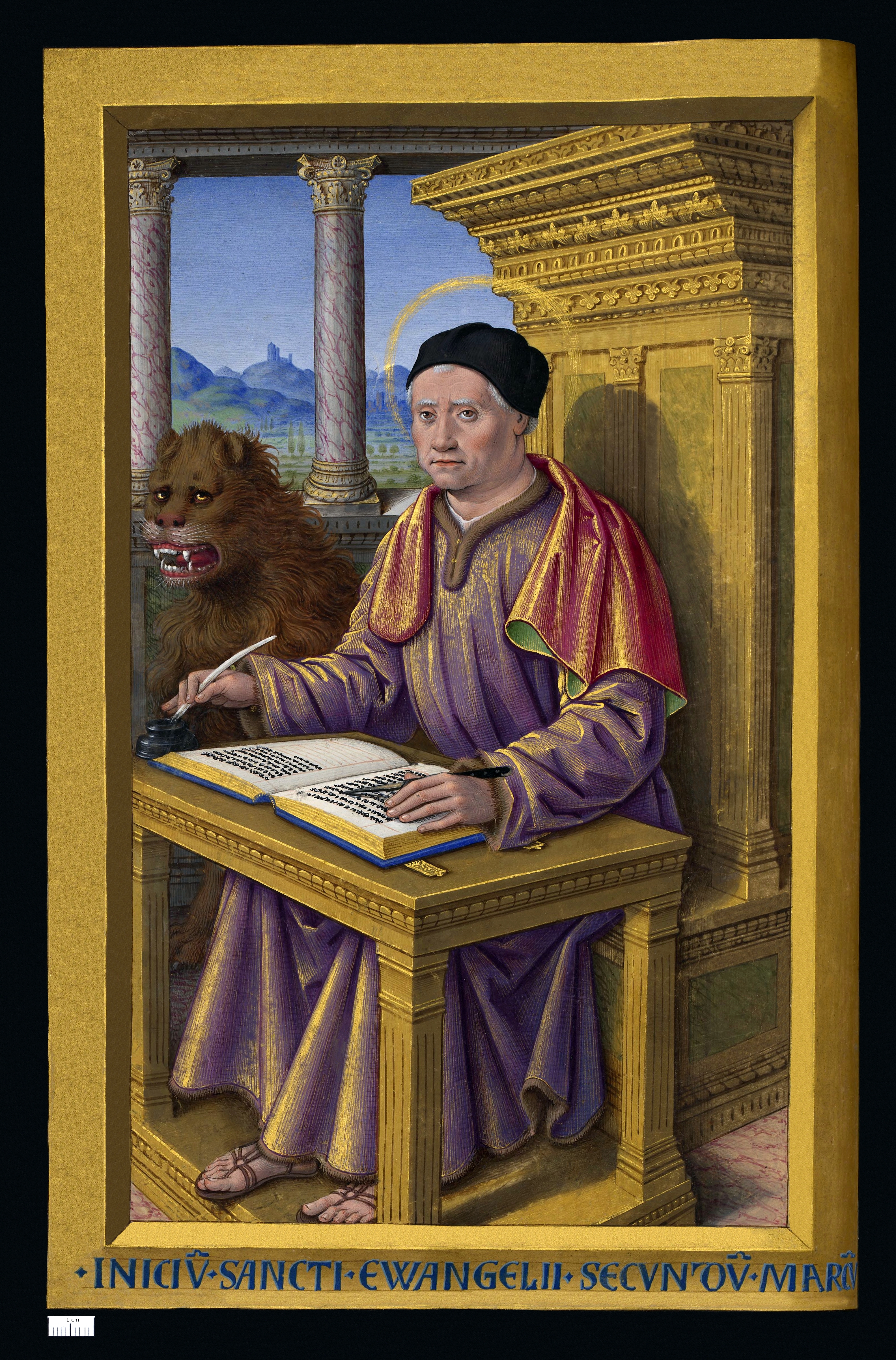 Saint Mark in the Hebrew “Marcos Marcus or Saint Mark or Saint Mark (Mark), was one of the personalities mentioned in the New Testament in the book of Acts of the Apostles. According to the Alexandrian ecclesiastical tradition, he is considered the first patriarch. His name is John Mark, better known as Mark the Evangelist, beholder of God (“Saint Mark” in English: Saint Mark; “Marcus” in Greek: Μάρκος, in Hebrew: מרקוס, Coptic: Ⲙⲁⲣⲕⲟⲥ) (born in the first century in Libya or Palestine - died in 68) , wrote another gospel in the book of the New Testament. Karoos of Egypt and the first who preached Christianity in it, and built the first church in it and remained the first patriarch of the Egyptian church (55-68). He died in Alexandria, and his body, except for his head, was transferred to Rome. In September 1419, the Venetian Franks entered Alexandria and stole the head of Saint Mark and took it to Italy. Al-Maqrizi describes the event by saying: "The Venetian Franks stole from Alexandria the head of Mark the Evangelist - one of the scribes of the Gospel - so the Jacobites became angry with the Christians and were proud of that, and they promised him and here in their religion. That is because they do not give patronage to a patriarch unless he goes to Alexandria, and this head is placed in his room." His body was returned to Egypt and was buried in its new cathedral - the Marcuse Cathedral (opened 1968).