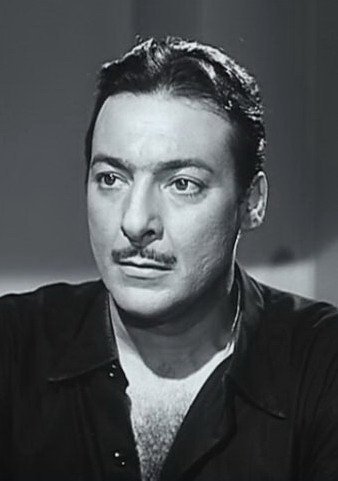 Rushdi Abaza (August 3, 1926 - July 27, 1980) was an Egyptian actor. He has an Egyptian father and an Italian mother. His father was Saeed Baghdadi Abaza was a police officer, and his mother was six Italians in Cairo. He obtained his primary certificate from the Maronite School in Al-Zaher District, and he obtained his Tawjihi certificate from the French School of Saint Mark in Alexandria. I have been married more than five times: including Tahia Carioca, Samia Gamal, Sabah in a short passport that lasted two weeks, and his cousin Nabila Suleiman Abaza, and behind his only daughter was divided from his wife, the American host Barbara, who was married to the brother of the singer Dalida, who worked as a Doppler for the star. The scientist Robert Taylor. He worked as a doppler for international superstar Robert Taylor. Participate in the movie The Ten Commandments, directed by Cecil DeMille.