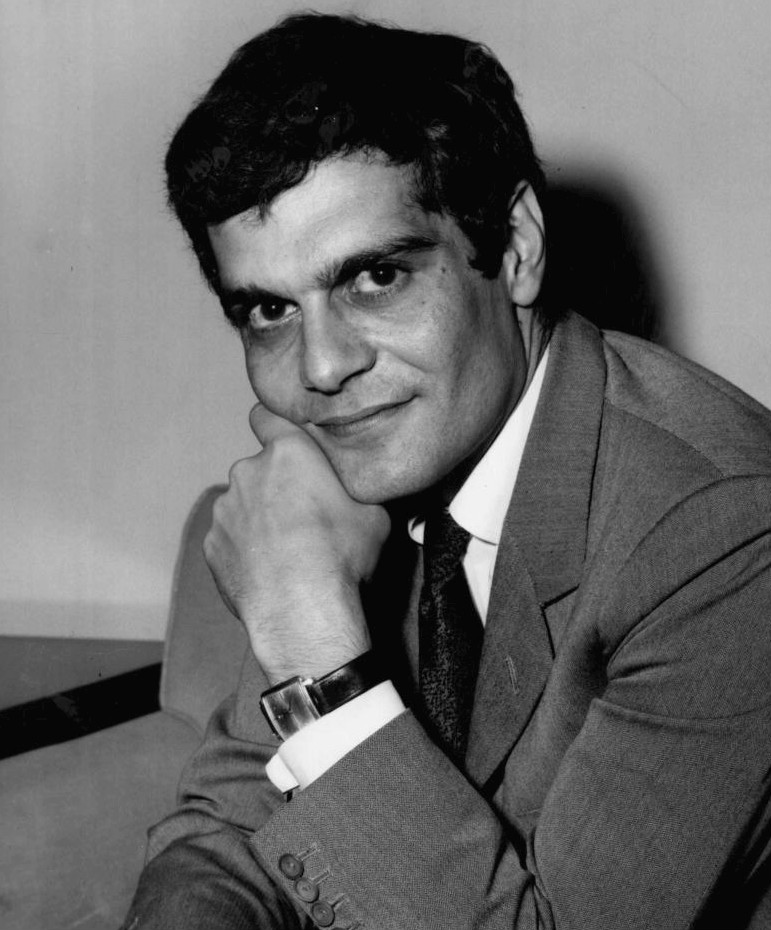 Michel Dimitri Shalhoub, better known as Omar Sharif (April 10, 1932 - July 10, 2015) was an Egyptian actor and a world star such as Doctor Zhivago and Lawrence of Arabia. From a rich family in Alexandria, his father was Youssef, an Egyptian Catholic, a timber merchant of Syrian origin, from Damascus, and his mother’s name was Claire Saadeh, an Egyptian from a family originally from Lebanon. He studied at Victoria School, was discovered by his colleague, the well-known director Youssef Chahine, and directed many films for him. He married Faten Hamama and succeeded him, Tariq. International director Davidlin discovered him, presented him in many films and was nominated for an Oscar for his role in the movie Lawrence of Arabia. He worked in French, Italian and American cinemas, and at the time of his absence from Egypt he was presenting works on the Egyptian radio such as Nose, Three Eyes, Lost Love, and returned Egypt in the nineties.