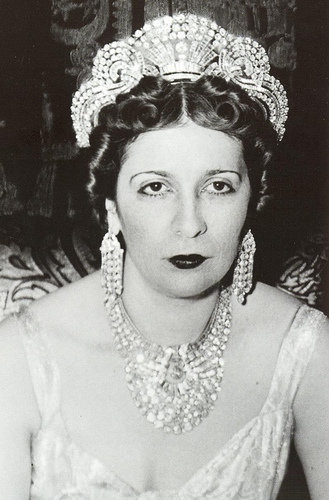 Nazly Sabry, Queen Nazly, Queen of Egypt. (June 25, 1894 - June 2, 1978) She married King Fouad I in 1919. Their five children are: Farouk, Fawzia, Fayza, Fayqa, and Fathia. Nazly Sabry is the granddaughter of Suleiman al-Fransawy on the mother's side. She traveled from Egypt in 1946 to America with her daughters, Faika and Fathia, and they settled in Beverly Hills in California. I married Fathia from Riad Ghaly.

Queen Nazly died on June 2, 1978, when she was almost 84 years old. She was buried in America after the burial ceremony, which took place in a church in Los Angeles, California, after she converted to Islam and converted to Christianity at the end of her life.