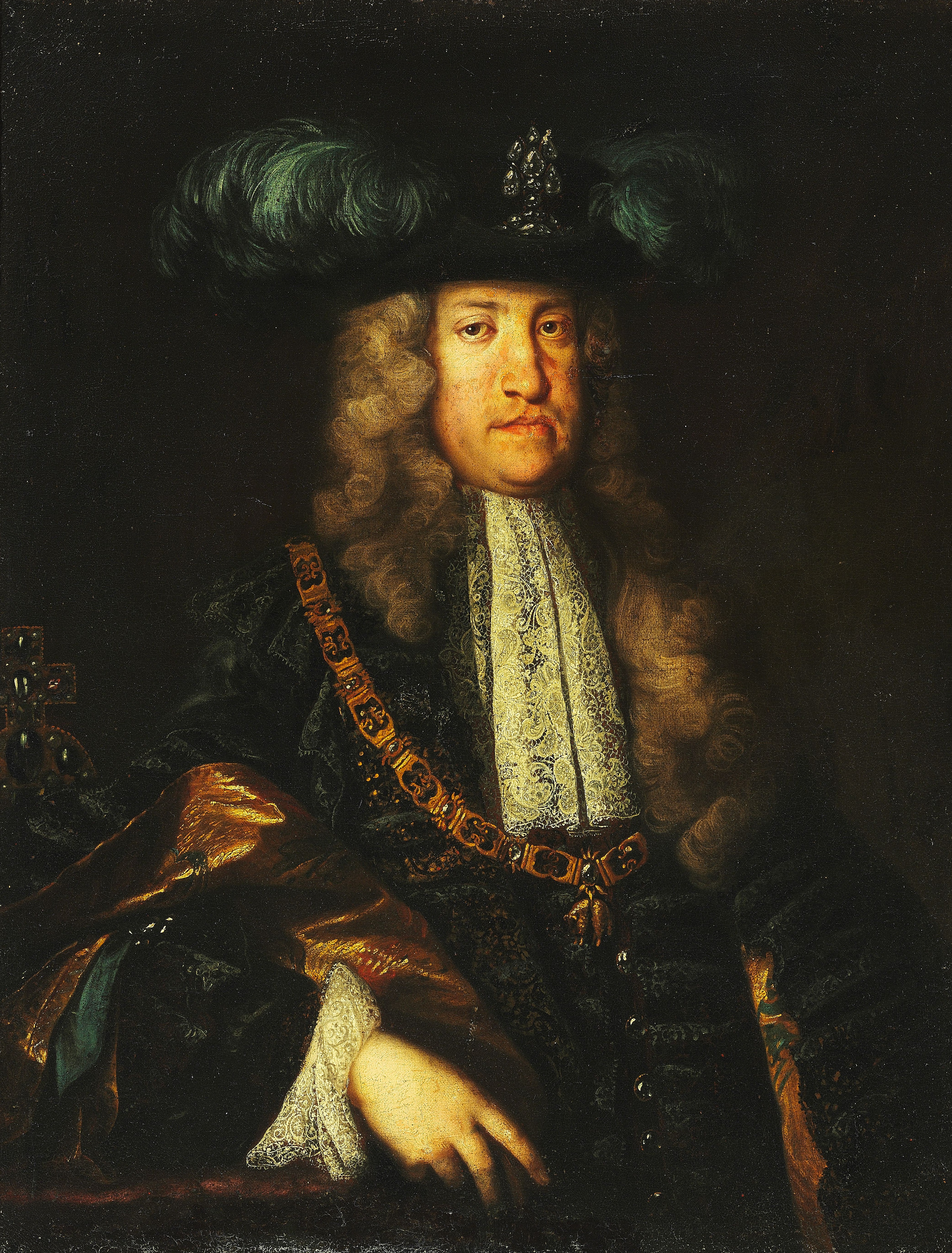 Charles VI of the Holy Roman Empire (Vienna, Holy Roman Empire, October 1, 1685 - October 20, 1740) was an emperor of the Holy Roman Empire (1711-1740). En l'àmbit catalanoaragonès és conegut sobretot com a arxiduc Carles o Carles III d'Aragó com a pretendent al tron ​​de la Monarquia Hispànica durant la Guerra de Successió Espanyola, en la qual aconseguí el suport del Principat de Catalunya (1706-1714), of the kingdoms of Aragon and Valencia (1706-1707 / 1714), the Kingdom of Mallorca (1706-1715) and the Kingdom of Sardinia (1706-1720), territories in which he ruled under the name of Charles III. Also from the Kingdom of Sicily (1706-1714 / 1720-1738) and the Kingdom of Naples (1706-1738), where Charles IV was. During the War of the Spanish Succession, his brother, Emperor Joseph I, died prematurely at the age of 32 without male descendants, placing the imperial crown on him, becoming Emperor Charles VI of the Holy Roman Empire (1711-1740). This provoked a series of movements of interest of the states participating in the war that culminated in the Peace of Utrecht (1713) and the withdrawal of the Austrian forces from the Crown of Aragon together with Charles himself.

He was born at the imperial court in Vienna and was the second son of Leopold I, Roman-Germanic emperor, and his third wife, Eleanor of Palatinate-Neuburg. He was clean by paternal line of Ferdinand III, Roman-Germanic emperor and Princess Maria Anna of Spain, and by maternal line of Elector Philip William I, palatine elector and Landgravine Elisabeth Amalia of Hessen-Darmstadt

The archduke announced on August 18, 1708, the transfer to Barcelona of his future wife, his future marriage to Elizabeth Cristina of Brunswick-Wolfenbüttel, daughter of Duke Louis Rodolf of Brunswick-Wolfenbüttel and Princess Cristina Louise of 'Oettingen-Oettingen Weddings were held on April 23, 1708 in Klosterneuburg on August 1, 1708 in the church of Santa Maria del Mar in Barcelona. From this union were born: Prince Leopold of Habsburg (1716), Maria Theresa I of Austria (1717-1780), Empress of the Holy Roman Empire, married Francis III of Lorraine. Princess Maria Anna of Habsburg (1718-1744), married in 1744 to Charles of Lorraine, Princess Maria Amalia of Habsburg (1724-1730). War of the Spanish Succession When King Charles II of Castile died without succession in 1700, Archduke Charles was supposedly the candidate for the Spanish crown under an old pact of King Charles II, the last Habsburg, which stipulated his succession in another member of the Habsburg Dynasty, and had the support of the Kingdom of Portugal, the Kingdom of England, the Kingdom of Scotland, the Kingdom of Ireland and most of the states of the Holy Roman Empire, but Charles II testified in favor of Philip of Anjou, grandson of King Louis XIV of France and great-grandson of Philip IV of Castile, as his successor, so a conflict broke out between the two suitors, known as the War of the Spanish Succession. Archduke Charles embarked with an allied army in Lisbon for the Mediterranean. It stopped in Altea, and on August 17 the allies proclaimed Archduke Charles king in the city of Dénia, with the support of the civilian population and the Valencian revolt of the Maulets, led by Joan Baptista Basset. While armed squads blocked the passage of the Bourbons on the plain of Vic. The Archduke's fleet arrived in Barcelona on August 22, 1705. Barcelona, ​​surrounded by Allied troops, surrendered on October 9 when the Viceroy of Catalonia Francisco Antonio Fernández de Velasco i Tovar signed the capitulation. On October 22, Archduke Charles entered Barcelona, ​​swearing in the Catalan constitutions on November 7, 1705, and was proclaimed king and adopted the name of Charles III of Habsburg, settling in the New Royal Palace. With the need to expel the Bourbon House from the Ib� Peninsula

INSERT INTO `wiki_article`(`id`, `article_id`, `title`, `article`, `img_url`) VALUES ('NULL()','Carles_VI_del_Sacre_Imperi_Romanogermànic','Charles VI of the Holy Roman Empire','With the need to expel the Bourbon House from the Ib� Peninsula','https://upload.wikimedia.org/wikipedia/commons/2/25/Martin_van_Meytens_%28attrib.%29_-_Portr%C3%A4t_Kaiser_Karl_VI.jpg')