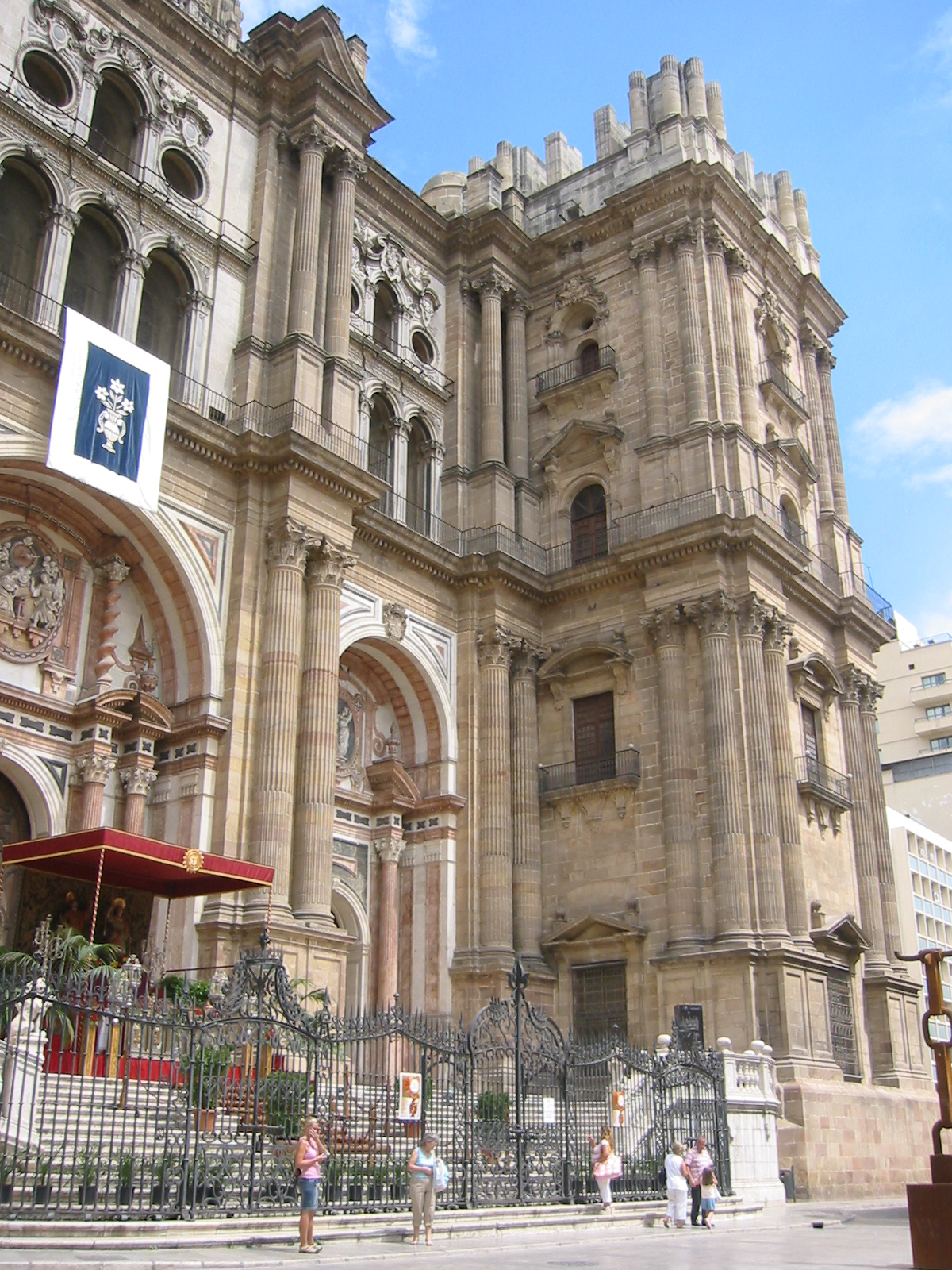 The Cathedral Basilica of the Incarnation (in Catalan Cathedral of the Incarnation) is one of the most valuable Renaissance jewels of Andalusia. It is within the boundaries marked by the vanished Arab wall on the site of the primitive mosque mosque, the place where the Catholic Monarchs ordered the construction of a Christian temple a few days after conquering the city in 1487. It forms a large architectural ensemble along with the near Alcazaba and the castle of Gibralfaro. It was built between 1528 and 1782. The original traces, in Gothic style, led to a Renaissance project in which Diego de Siloé and Andrés de Vandelvira took part. The cathedral is a synthesis of architectural styles, including the Renaissance over the first Gothic of the old factory and the Baroque elements added since the early eighteenth century.

The Cathedral Church of the Incarnation of Malaga began to be built in 1528 on the site of the old mosque mosque at the time of its reconquest by the Catholic Monarchs, in 1487. It seems that the famous architect Enrique Egas, who came from Toledo in the company of the master stonemason Pedro López, already issued a first report in 1528 on his traces, three years after the chapter decided to build a new temple, being Pedro López himself. , in charge of directing the works of the head, designed by one of the great masters of the time, Diego de Siloé. After a period of inactivity, the chapter brought Andrés de Vandelvira in 1549, passing the commission the following year to Hernán Ruiz II, both great exponents of Renaissance architecture in Andalusia; and then to Diego de Vergara, a teacher trained in Italy, and his son of the same name; who worked in this cathedral until almost the end of the 16th century. Thus, by these dates, the head and the sacristy were already standing, and it could be said that until then all the great masters of the Andalusian Renaissance had taken part in the great project to a greater or lesser degree. The Cathedral was consecrated on August 3, 1588. This huge temple throughout its construction was shrouded in constant vicissitudes and interruptions until well into the eighteenth century when, in 1782 and with one of the towers of the main facade still unfinished, a long construction process was completed. It is believed that the money earmarked for the completion of the south tower was used to help the United States during its War of Independence, as indicated on a plaque at the base of the tower, despite research records they deduce that the money was used in the maintenance of the Camino de Antequera. The fact is that this unfinished condition gives the Cathedral the nickname of La Manquita. It is currently the subject of controversy, as some people believe that it should end as it was projected in the original plans, while others believe that it should be left as it is. What is certain is that its unfinished state has caused moisture problems in the tower and vaults that in any case should be repaired. Currently, the Junta de Andalucía is planning the reform of the roofs of the cathedral due to leaks and moisture that have appeared in recent years.

The central body of the façade is divided into two heights and three streets separated by monumental Corinthian columns erected on high rafters. On the lower floor there are three monumental arches and on them, doors flanked by reddish marble columns. The main door is topped with Solomonic columns. Above the doors are medallions. Those of the lateral doors represent the landlords of Malaga, San Ciríac and Santa Paula, while the power station represents the Announcement of the Gentleman, work carved in 1743 by the baroque sculptor Antonio Branches. The Renaissance covers of the cruise are flanked by unique towers with balconies, one of the best examples