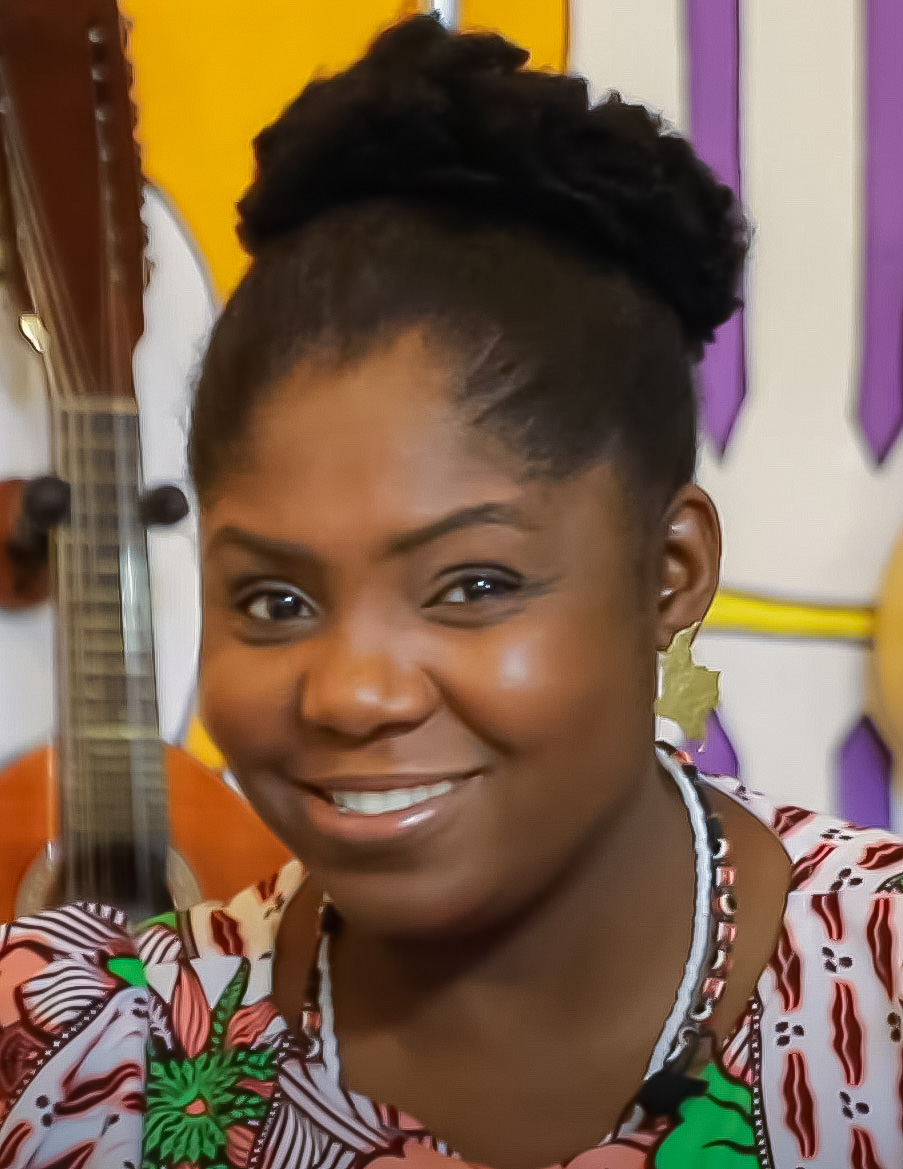 Francia Elena Márquez Mina, also known like Francia Márquez, (Suárez, department of the Cauca, Colombia, 1 of December of 1982) is a politician and Afro-Colombian activist, defender of the human and environmental rights. She was awarded the Goldman Environmental Award in 2018 for her work in stopping illegal gold mining in the La Toma community and organizing a protest march of 80 women who marched over 560 km. (350 miles) to Bogota, the capital, to demand the elimination of all illegal mining equipment in their community. On June 19, 2022, she was proclaimed Vice President-elect of Colombia.

Márquez was born in 1982 in the Yolombó path, which is part of the municipality of Suárez, in the north of the Cauca department, located in the ancestral territory of the Afro-descendant community. She is the daughter of Gloria María Mina López and Alfredo Márquez Trujillo. A single mother of two, she studied law at the University of Santiago de Cali. In 2014 she took part in the “Turban March” in order to demand an end to illegal mining and land use. At the end of that same year she was forced to move from her hometown by threats she received after leading initiatives to combat illegal mining in the territory. As a displaced woman, she was invited to travel to Cuba to carry out activities with government delegations and the Revolutionary Armed Forces of Colombia (FARC), as part of the Colombian peace process. In July 2015, she participated in a permanent assembly organized by the association of Community Councils of the North Caucasus, held on the Pan American Highway, with the aim of demanding from the Colombian government guarantees of protection to the leaders of the North Caucasus, in particular after receiving constant threats of death. Compliance with the agreements previously agreed between the government of the republic and the black communities in the region was also demanded. Two months later, in September 2015, the Swedish organization Diakonia awarded her the National Prize for the Defense of Human Rights in Colombia, in the category of Defender of the Year. Since 2017 she has been a member of the National Council for Peace and Coexistence, created by decree during the month of May, as an instance for monitoring compliance with peace agreements. In 2018 she was a candidate for the Colombian Congress by the Yurumanguí River Community Council ( CCY), in alliance with presidential candidate Gustavo Petro. On May 4, 2019, he was the victim, along with other activists, of an attack in the Cauca perpetrated with firearms and grenades, which left two injured.

On August 25, 2020, he announced that he intended to run in the next presidential elections in Colombia, scheduled for 2022. On participation in the elections, he stated: “I think it has led me to make this decision to see every day to assassinate social leaders ». In March 2022 she ran in the primaries and was the third most voted candidate in the primaries of all coalitions, with nearly 800,000 votes. Thus, she was a candidate for vice president with Gustavo Petro, with the Pacto Histórico coalition. They won the election on June 19, 2022, with more than 11.2 million votes.