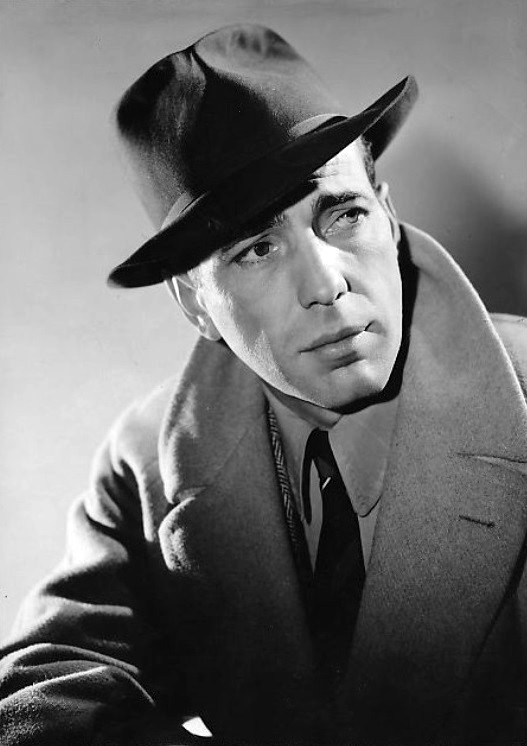 Born in New York City on Christmas Day 1899, he was the eldest son of Belmont DeForest Bogart and Maud Humphrey; of Dutch and English origin. His father was a successful surgeon. Her mother was also a successful commercial illustrator, and she used a drawing of the Humphrey creature in an advertising campaign known as Mellins Baby Food. The Bogarts lived in a trendy apartment on the Upper West Side, and had a cottage on the outskirts of New York. It seems that parents gave more importance to work than to family. As a child, his friends laughed at his curls, the way he was dressed and groomed (as in the photographs his mother used for advertising) and the name "Humphrey." He was also joked about because of an accident that affected his lip. The Bogarts sent their son to Trinity School in New York, and later to the prestigious Phillips Academy in Andover, Massachusetts, from which he was expelled. He is said to have been expelled for throwing the school principal into a pond, while others say it was for smoking and drinking. He studied little and his grades were very low. All his life he revolted against the authoritarian people.

Bogart joined the Naval Reserve, where he was wounded, had voice sequelae, and finally drifted. On stage, he enjoyed the difficult roles and got the audience to believe him. He delved into the characters he described, and also served to escape his personal situation. He began his career as a substitute on the Brooklyn stage in 1921, playing a Japanese butler. He had never taken acting classes or had any acting training. A critic dedicated the phrase to him: "To be as kind as possible, we can only say that this actor is insufficient." But Bogart appeared in 21 Broadway productions between 1922 and 1935. He performed mostly youthful and romantic ballroom comedies. Bogart soon met his first wife, Helen Menken. They married in 1926 and divorced in 1927, but remained friends. In 1928, he married his second wife, Mary Philips. Both had a lot of genius, and acted a bit like police trying to arrest him for his drunkenness. Spencer Tracy was a serious Broadway actor whom Bogart liked and admired. They ended up being good friends. It seems that it was Spencer Tracy who first called him "Bogie" in 1930.

In 1934, Bogart starred in Invitation to a Murder. Producer Arthur Hopkins saw the play and signed it for his play The Petrified Forest, by Robert E. Sherwood. He managed to chain 197 performances in New York; Bogart played the escaping assassin, Duke Mantee. Leslie Howard, who played the lead role, was aware of how crucial Bogart had been in the success of the play. They end up being friends