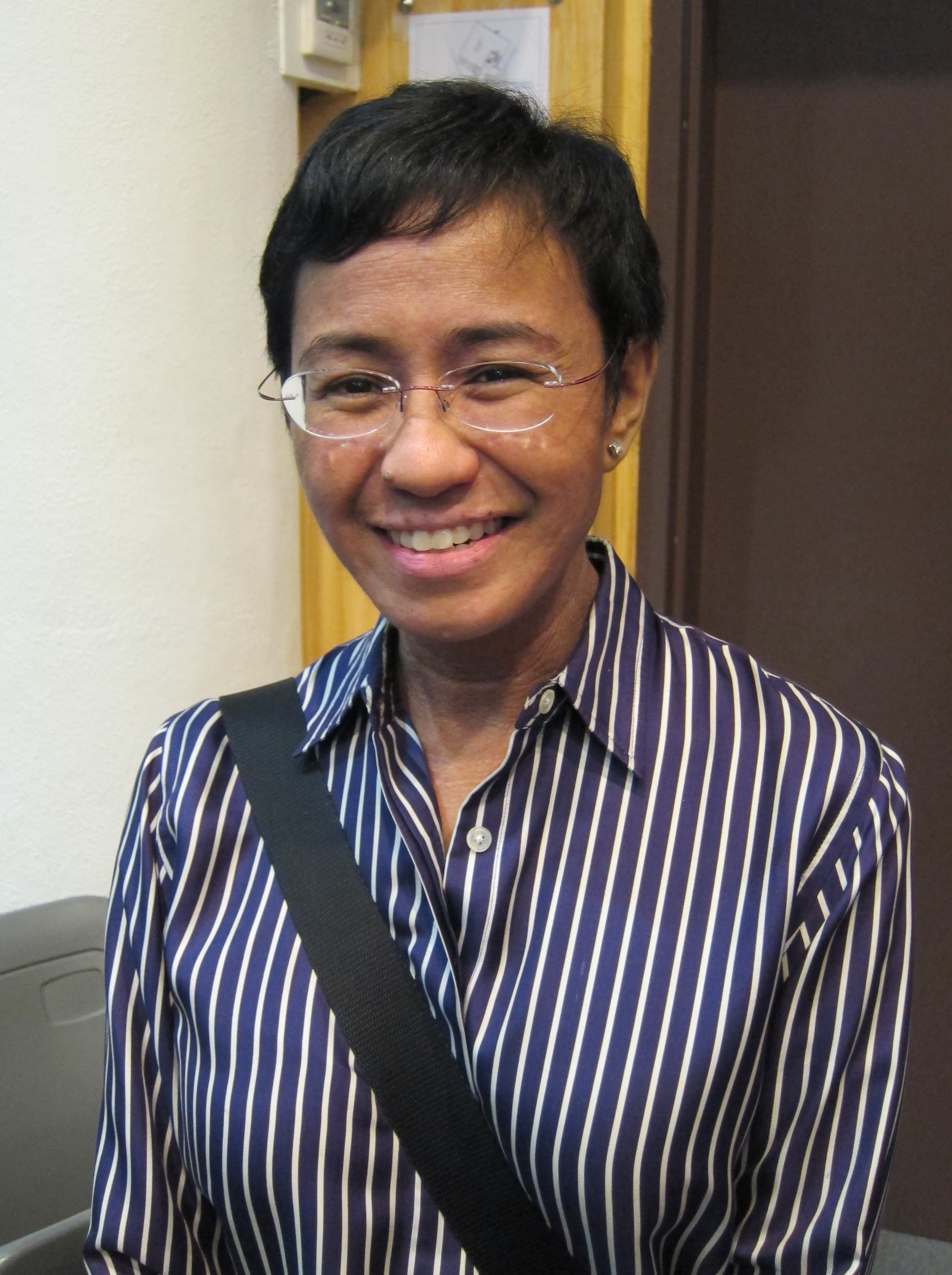 Maria A. Ressa (Manila, October 2, 1963) is a Filipino journalist, head and founder of the news portal Rappler. He has previously been an investigative journalist and CNN correspondent in Southeast Asia for two decades, and directed ABS-CBN news services. In 2021 she was awarded the Nobel Peace Prize, along with Dmitri Muratov, "for her efforts to safeguard freedom of expression, which is a precondition for democracy and lasting peace."

Ressa was born in Manila and spent her childhood in Quezon City until the age of 10, when she went to live with her mother in the United States. The mother had emigrated there after the death of her husband, when the girl was one year old; he had remarried. Her stepfather adopted her and from then on she bore her last name, Ressa. When the family settled in New Jersey Ressa completed high school there, and studied at Princeton University. He then obtained a Fulbright scholarship to pursue a master’s degree in journalism at the University of the Philippines at Diliman.After returning to his home country in 1986, he was working as a journalist for CNN for two decades; first to the Manila delegation, of which she became director, and later as editor-in-chief in Jakarta. There he would specialize in investigative journalism, with outstanding work on the influence of terrorism in Southeast Asia. Between 2004 and 2010 she was news director of ABS-CBN, the most important television channel in the Philippines. Along with other Filipino journalists, in 2012 she was one of the founders of the news website Rappler, which since since its inception it has become one of the most influential media in the country. In addition to specializing in investigative journalism, its portal has been the first in the Philippines to include multimedia content, social media interaction, and fact-finding. Since Rodrigo Duterte's rise to power in 2016, Rappler he has published numerous reports denouncing the most controversial aspects of his management, especially the abuses committed in the war on drug trafficking. All this has led to a direct confrontation between the president and Maria Ressa as head of the website. In January 2018, the Philippine government — through the Securities and Exchange Commission — tried to revoke his media license on charges of having foreign shareholders, something that is prohibited in that country. This case was denounced as an attack on press freedom by international organizations such as Human Rights Watch and Amnesty International. In late 2018, the Philippine Department of Justice opened an investigation against Ressa for alleged tax evasion, which could involve a sentence of up to 10 years in prison, although the complaint did not specify the amount defrauded. The journalist has claimed that this was a false complaint, part of a campaign of harassment against the independent press, and has sued the Duterte executive for insults and prevarication. In recognition of her news work, Ressa was chosen one of the "people of the year 2018" by Time magazine, within a group of journalists nicknamed "the guardians of the truth" which also includes the Saudi Yamal Jashogyi and the editorial staff of the Capital Gazette. On June 15, 2020, Ressa was convicted of cyber defamation by a Manila court.