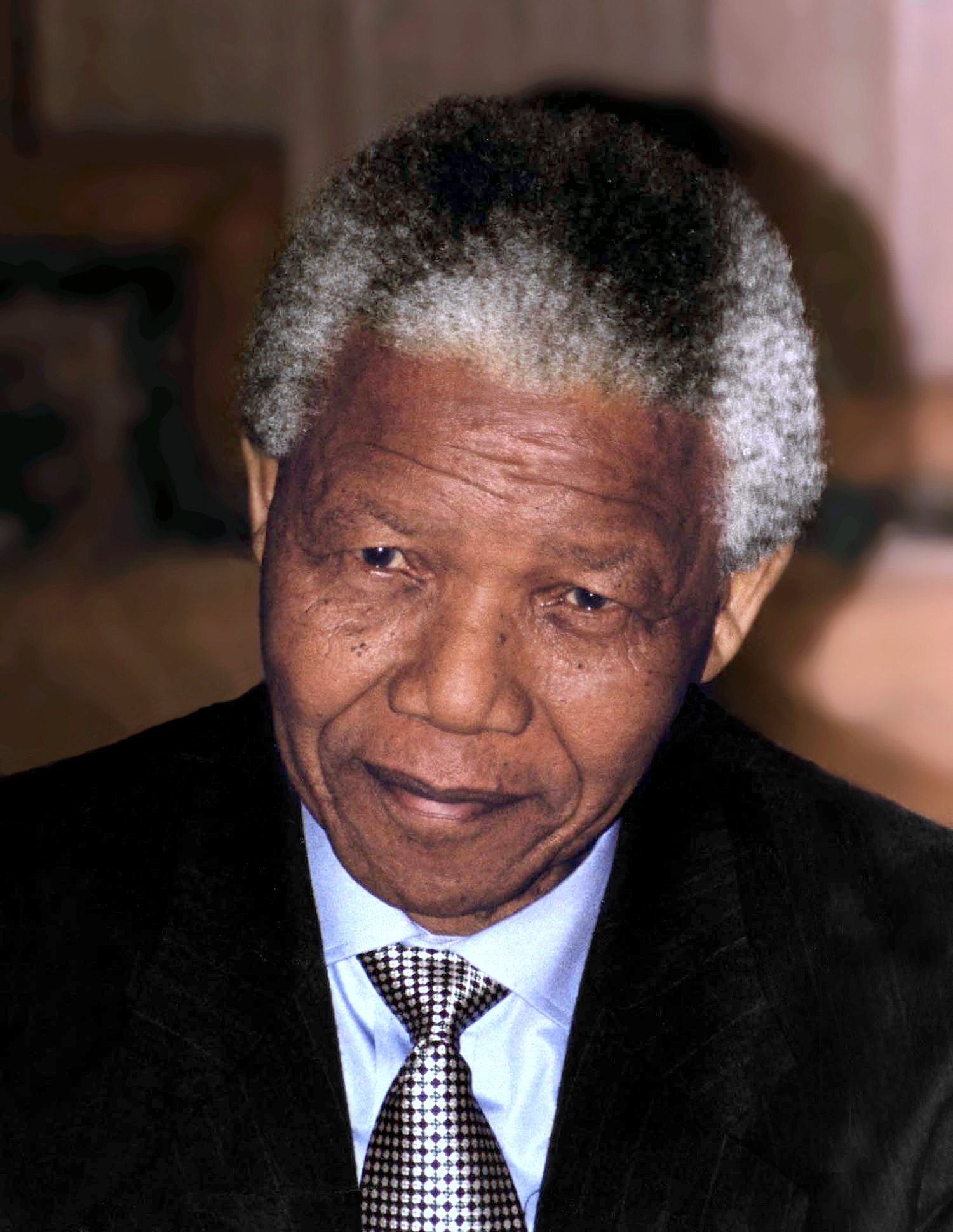 Nelson Rolihlahla Mandela (Umtata, South Africa, July 18, 1918 - Johannesburg, December 5, 2013) was a South African politician, one of the emblematic leaders of the struggle against the apartheid political system and who becoming the first president of the Republic of South Africa (1994 - 1999) elected by universal suffrage in the first non-racial national elections in the country's history. Nelson Mandela joined the African National Congress (ANC) in 1944, in order to fight against the political dominance of the white minority and the racial segregation it promoted. He became a lawyer and participated in the non-violent struggle against the laws of apartheid, which were established by the government of the Afrikaner National Party, which came to power in the elections of 1948. The ANC was banned in 1960 without the peaceful struggle gave tangible results. Mandela founded and led the ANC's military wing, Umkhonto We Sizwe, in 1961, which carried out a campaign of sabotage against military targets. Arrested by order of the South African overn with the support of the Central Intelligence Agency of the United States (CIA), he was sentenced to life imprisonment and hard labor, and was interned in Robben Island prison. He became a celebrity who benefited from strong international support, and became a symbol of the struggle for racial equality, especially after the Soweto massacre of June 1976. After twenty-seven years in prison, Mandela was released on February 11, 1990, and advocated reconciliation and negotiation with the government of President Frederik de Klerk. In 1993, Mandela and de Klerk received the Nobel Peace Prize for their actions in favor of the end of apartheid and the establishment of a non-racial democracy in the country. Elected the first black president of South Africa in 1994, he successfully continued the policy of national reconciliation, but he left the fight against AIDS, which is very present in South Africa, somewhat aside. After a single term, at the age of eighty-eight he retired from active political life. Later, he resumed his action against AIDS, due to which he lost a son, he remained a world-renowned personality for his defense of human rights. He was married three times, in two of which he had a total of six children. He was passionate about classical music, of composers such as Georg Händel or Piotr Tchaikovsky. In South Africa, many people have deep respect for him and consider him the "father of the nation". He is often referred to by his clan name, Madiba.

He was born on July 18, 1918 in the city of Umtata, capital of the Transkei region, on the banks of the Mbashe River. Mandela's name Rolihlahla means 'to remove a branch from a tree' or more familiarly, 'disruptor'. He was the son of a Thembu royal family of the Xhosa ethnic group, which reigns in this territory. According to the geneticist Luigi Cavalli-Sforza, he was half Hottentot, that is, a Bushman, a population more often despised by the Xhosa who are part of the Bantu. His paternal great-grandfather was Inkosi Enkhulu, or king of the Thembu people. One of the king's sons, who was also called Mandel, was the grandfather of the future Nelson and is the origin of his family name. However, the descendants of this branch of the family were not eligible for succession to the Thembu throne. Mandela's father, Gadla Henry Mphakhaniswa, was a chief of the Mvezo village. However, he distanced himself from the colonial authorities who dismissed him from his position and exiled his family to the village of Qunu. Despite this, Mphakhaniswa remained a member of the king's privy council and played a key role in the ascension of the new regent Jongintaba Dalindyebo to the Thembu throne. Dalindyebo was reminded of his help by informally adopting Mandela upon his father's death. The couple