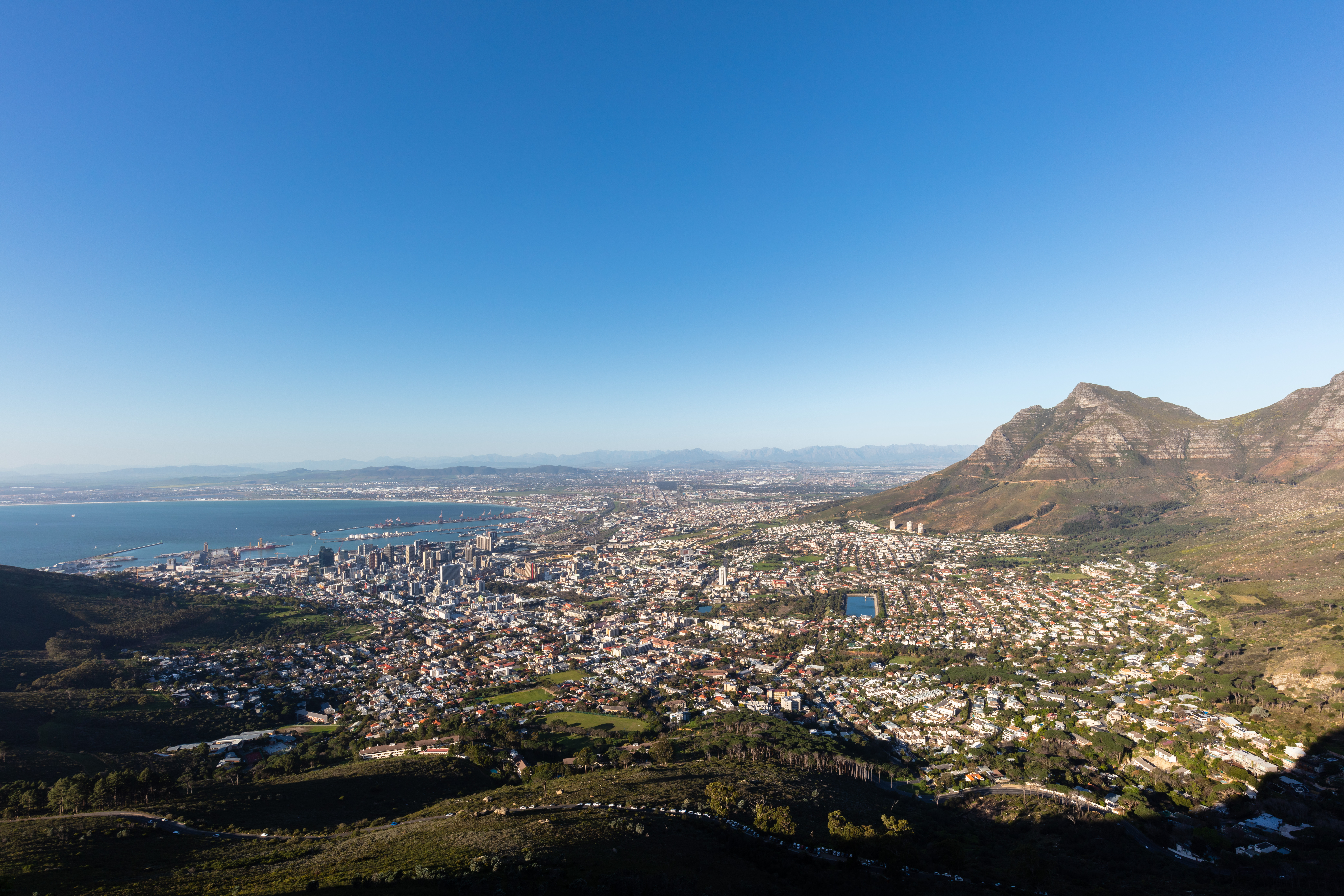 The Republic of South Africa is a State located in the southern tip of Africa. It borders the Atlantic and Indian Oceans, Namibia, Botswana, Zimbabwe, Mozambique, Eswatini (formerly Swaziland) and Lesotho, an independent enclave surrounded by South African territory. South Africa is a member of the Commonwealth of Nations. South Africa's economy is the largest on the continent and the 24th largest in the world; it is the most economically, socially and infrastructurally developed country on the continent. South Africa has had a different history from other African nations given the early immigration from Europe and the strategic importance of the Cape Sea Route. European immigration began shortly after the Dutch East India Company established a station in 1625 that would eventually become Cape Town. The closure of the Suez Canal during the Six Day War underlined its importance in the international trade of the West and East. South Africa is ethnically diverse, with the largest European, Indian and Colored (or mixed-race) communities in Africa. Black Africans, who speak nine officially recognized languages, and many more dialects, represent 75% of the population. Racial conflict between the white minority and the black majority has played a significant role in the history and politics of South Africa, culminating in apartheid, instituted in 1948 by the National Party, although segregation already existed before this date The laws that defined apartheid began to be abolished by the party itself in 1990, after a long and sometimes violent conflict—including economic sanctions from the international community. South Africa is known as the "Rainbow Nation", a term coined by Archbishop Desmond Tutu and later adopted by President Nelson Mandela. Mandela used the term as a metaphor to describe the multicultural diversity that was beginning to develop after the end of apartheid ideology. In 2007, South Africa joined the group of Belgium, the Netherlands, Canada and Spain in legalizing same-sex marriage.

South Africa contains some of the oldest archaeological sites in Africa. The numerous fossils in the Sterkfontein, Fromdraai and Makapansgat caves suggest that several australopithecines lived there three million years ago. Then came homo habilis, homo erectus and modern man. Settlements of Bantu-speaking peoples, farmers and herders, already existed south of the Limpopo River in the 4th and 5th centuries, displacing or absorbing the original Khoisan-speaking peoples. They continued to move south, and the first iron tools date from 1050. The southernmost group was the Xhosa people, whose language incorporates some linguistic features of the KhoiSan peoples. These displaced the previous villages, mostly hunter-gatherer societies.

Around this time t