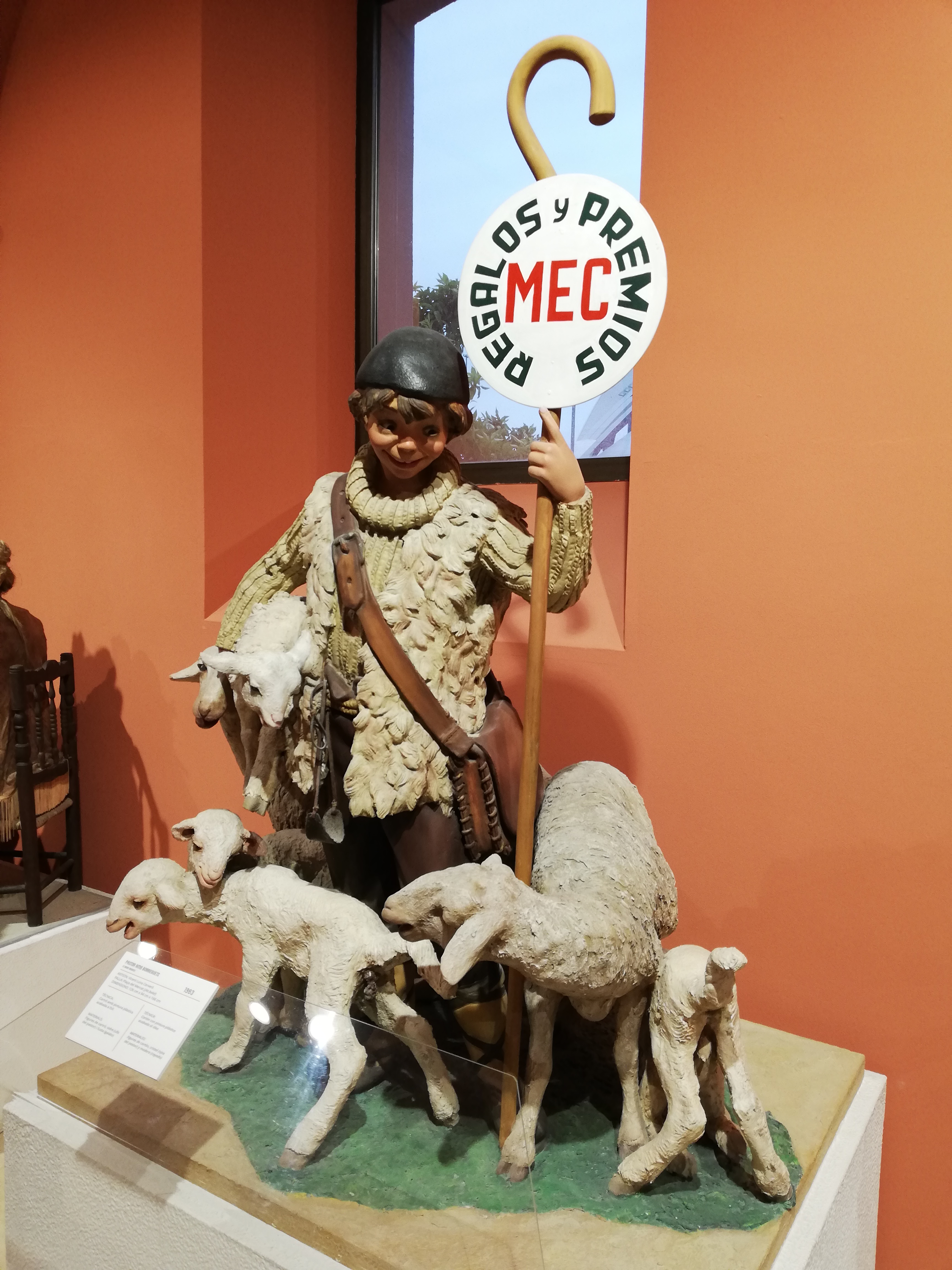 Vicente Luna Cerveró (Valencia, July 22, 1925 - October 9, 2021) was a faller artist. He studied at the School of Arts and Crafts in Valencia. He learned the trade from Carles Tarazona and Vicent Hurtado. He also collaborates in the workshop of Regino Mas. He planted his first falla in 1951 by the commission Calixt III - Joan Llorenç. In 1955 he made his debut in the Special Section of the Fallas of Valencia with the commission Plaça del Doctor Collado. It secures the first prize of the category the years 1961 and 1962 with works "Tornejos" and "The campanada" planted by the commission Convent Jerusalem-Mathematical Marçal and in 1963 with "It goes ball!" by the Falla de la Plaça del Mercat Central. He is the artist who has most often planted the Municipal Falla of Valencia, performing it on twelve occasions. In his career he has accumulated four pardoned puppets that are on display at the Faller Museum in Valencia. In 1982 on the occasion of the 1982 World Cup held in Spain he created a Falla of 30 meters and planted it on June 19 of that year as a commemoration of the event. Throughout his career the artist has created sculptures for at the Bullfighting Museum of Valencia given his great fondness for bullfighting. He has also been in charge of making floats, motifs for national and international fairs or exhibitions, giants and cabuts and sets for major film blockbusters such as "Lawrence of Arabia", "55 Days in Beijing", "Journey to the Center of the Earth "or for plays In 2005 the Valencian Generalitat grants the Distinction to him to the Cultural Merit.