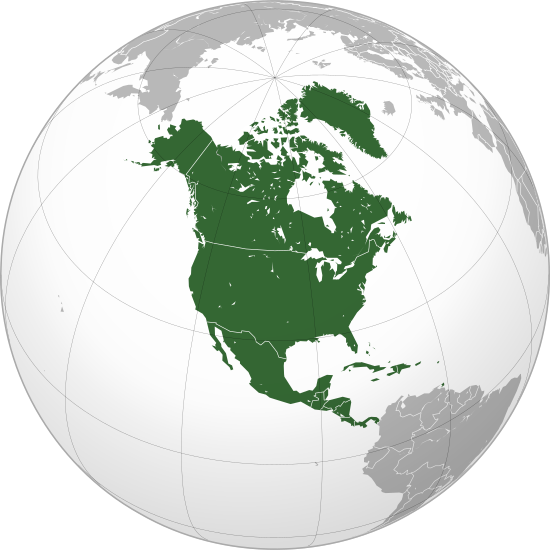 North America is a part of the northern hemisphere of the world. It is bordered by the Arctic Ocean to the north, the North Atlantic Ocean to the east, the Caribbean Sea to the southeast, and the North Pacific Ocean to the south and west. About 24,500,000 km² (9,460,000 sq mi) cover this area, or about 4.8% of the upper part of our plateau. In July 2002, it was estimated to have more than 514,600,000 inhabitants. North America has the third largest population by area, after Asia and Africa, and the fourth largest by population, after Asia, Africa and Europe. The three largest countries in North America are Canada, the United States, and Mexico.