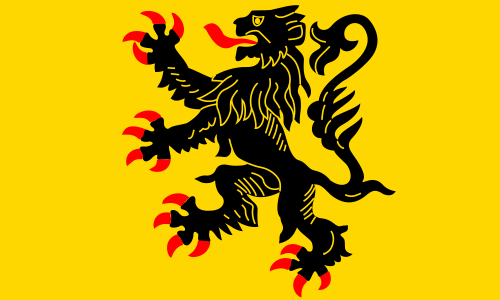 Nord-Pas-de-Calais (Dutch: Noord-Nauw van Kales) is one of the 26 regions of France. Nord-Pas-de-Calais is made up of the departments of Nord and Pas-de-Calais, in the northern part of the country, near Belgium. It has one of the most people per square kilometer in all of France: four million people live here, 7% of the entire population of France. 83% of them are in urban communities. The administrative capital is the city of Lille. Other major towns include Valenciennes, Lens, Douai, Béthune, Dunkerque, Maubeuge, Calais, Boulogne-sur-Mer and Arras.

Nord-Pas-de-Calais has been inhabited since prehistoric times. This is one of the most strategic places in France and therefore suffered from many wars between countries. Former French leader Charles de Gaulle (who was born in Lille) said the region was a "deadly road" through which many fleeing soldiers passed. It was seized by the Celtic Belgae, the Romans, the barbarian Franks, and the Alamanni. It was claimed by England, France and Burgundy during the Hundred Years War before becoming part of the Kingdom of France in the 15th century. It was given to the Spanish Netherlands in 1598 as a dowry. In the 17th century it was returned to France even at the expense of the local inhabitants who were often Flemish. After the French Revolution it was divided into the present two departments. During the 19th century the region experienced rapid industrialization and became second only to Alsace-Lorraine when it comes to industry. Nord-Pas-de-Calais was spared the Franco-Prussian War of 1870; it even helped the region because the main industrial region, Alsace-Lorraine, was also acquired by Germany. But in the two World Wars the place suffered great destruction. In World War I almost the entire region was occupied by the Germans. Many of his towns and hundreds of square miles of his land were destroyed in four years of trench warfare. It was the most bruised of the regions of France at that time. In World War II it was again occupied by the Germans and was used as a base for the Luftwaffe and the V-1 and V-2 missile systems for Germany's attack on England. The bombing of the Alliance forces and the war below further destroyed the towns of the region. Although the rest of the region was liberated by September 1944, Dunkirk remained under the control of the Germans until May 9, 1945. It was the last occupied part of France. The turbulent history of the area is reflected in the many memorials and cemeteries for soldiers, such as the Vimy Memorial, on Vimy Hill, Canada's most important memorial to its soldiers. After the war, the region suffered from a difficult economic situation even if there was a small relief due to the opening of the Eurotúnel (Channel Tunnel) with the increase in its traffic.

Even if the majority of the region is in Prinanses, there are two significant communities that have minority languages: The Flemings, whose presence can be seen in many Dutch place names, and who sided with the West Flemish dialect of the Dutch language. The Picards, who kept the Picard language. The demography of the area was also affected by workers from other countries who gradually settled in the region from other countries: the Belgians before 1910, the Poles and Italians in 20s and 30s, and North Africans since 1945. The French state again tried to develop the culture of the area; in 2004, it announced the branch office of the Louvre to be located in the city of Lens.