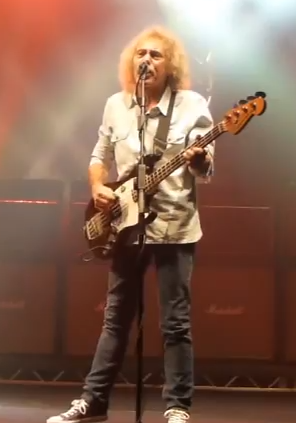 Alan Lancaster, born Alan Charles Lancaster, (February 7, 1949 Peckham, London, England - September 26, 2021 Sydney) was an English bass player, a founding member of the rock band Status Quo. Alan Lancaster formed the band in 1962 with his classmate Francis Rossi and worked in it for the next twenty-three years, during which he released sixteen studio albums with it. He rejoined the band, which was played by another bass player, at reunion concerts from 2013 to 2014. In the late 1980s, he worked in The Party Boys and later in The Bombers.