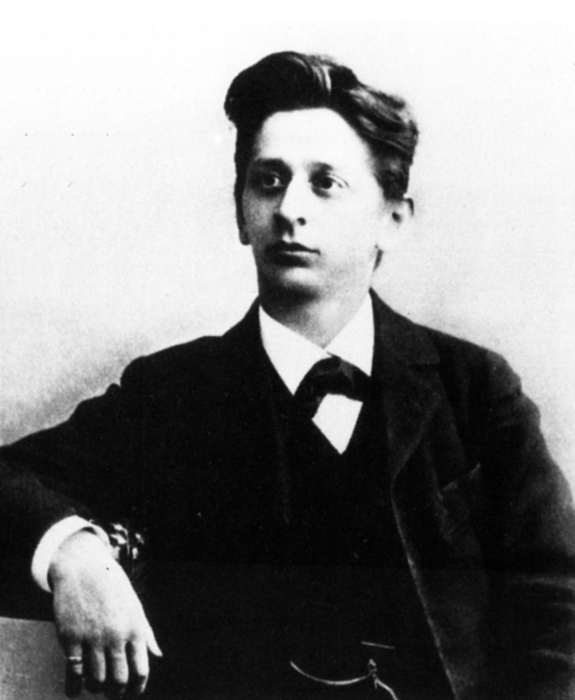 Alexander (von) Zemlinsky (October 14, 1871 Vienna - March 15, 1942 New York) was an Austrian composer, conductor and educator; one of the distinctive musical voices of his time, which remarkably connected the traditions of late Romanticism with the approaches of the Second Viennese School. As the music director of the New German Theater in 1911–1927, he contributed to the high level of cultural life of Prague at the time. His work was forgotten for a while after the war, but since the 1970s it has been gradually returning to world stages.

Alexander Zemlinsky was born on October 14, 1871 in Vienna into a religiously and ethnically mixed family. His grandfather, Anton Semlinsky, who immigrated to Leopoldstadt in Vienna from present-day Žilina, was originally a Catholic. Father Adolf (1845-1900) - a writer and journalist - who changed his name to Hungarian orthography and added the unconfirmed aristocratic predicate "von" (ie Adolf von Zemlinszky), married Klara Semo (1848-1912), and because she was of Judeo-Muslim descent, he converted to Judaism and thus became part of the Sephardic Jewish community in Vienna. The couple gave birth to a daughter, Bianca, in 1874, who died five weeks later, and Mathilde was born as her third child in 1877. At the age of four, Alexander first came into contact with music. His father hired his friend, who moved in with the piano. He began teaching Alexander to play and also allowed him to attend classes. When his musical talent showed, he continued his lessons with a private tutor and practiced intensively. In 1881 - at the age of ten - he was admitted to the newly established church choir of the Sephardic community. After the mutation, he earned his first pocket organ playing in the synagogue during the holidays. Although he composed a wedding song on the occasion of the cantor's daughter's wedding in 1896, synagogue music did not appeal to him much. As a child, he grew up on Mozart's music, but soon discovered Brahms and Wagner.

He first attended school from the age of six at the Sephardic school of Midrasch Eliahu, teaching writing, reading and arithmetic, but also studying the Torah, prayers and the Sephardic rite (minhag). Two years later, his parents enrolled him in a primary school, where he studied very well. Shortly before the age of thirteen, Adolf von Zemlinszky enrolled his son at the Conservatory of the Society of Friends of Music (Konservatorium der Gesellschaft der Musikfreunde) in Vienna, where he was accepted into Wilhelm Rauch's class with piano and music theory. After three years, Zemlinsky successfully passed the exams and received a Rubinstein scholarship of 1,000 guilders a year. From these funds he financed both private lessons and participation in competitions. After passing the final exam in 1887, he transferred to the so-called preparatory school and graduated from Anton Door's piano class. At the same time, he studied theory with Franz Krenn and Robert Fuchs for two years, appreciating classical music the most, while he now rejected the New German school (Liszt and Wagner). However, this was balanced by the diversity of Viennese musical life. A folder containing shorter pieces, sketches and fragments of piano music, as well as unfinished cadences for Beethoven's Piano Concerto in G major, have been preserved from the time he attended Door's class. Towards the end of his studies, Zemlinsky had several opportunities for a solo performance. In 1889 he played a solo part in a piano concerto by Robert Fuchs. A year later, with Brahms' variations on Händel's theme, he won not only a gold medal in a piano competition, but also a grand piano from Bösendorfer. Despite these successes, he did not strive for a solo career, as he wrote concerts himself