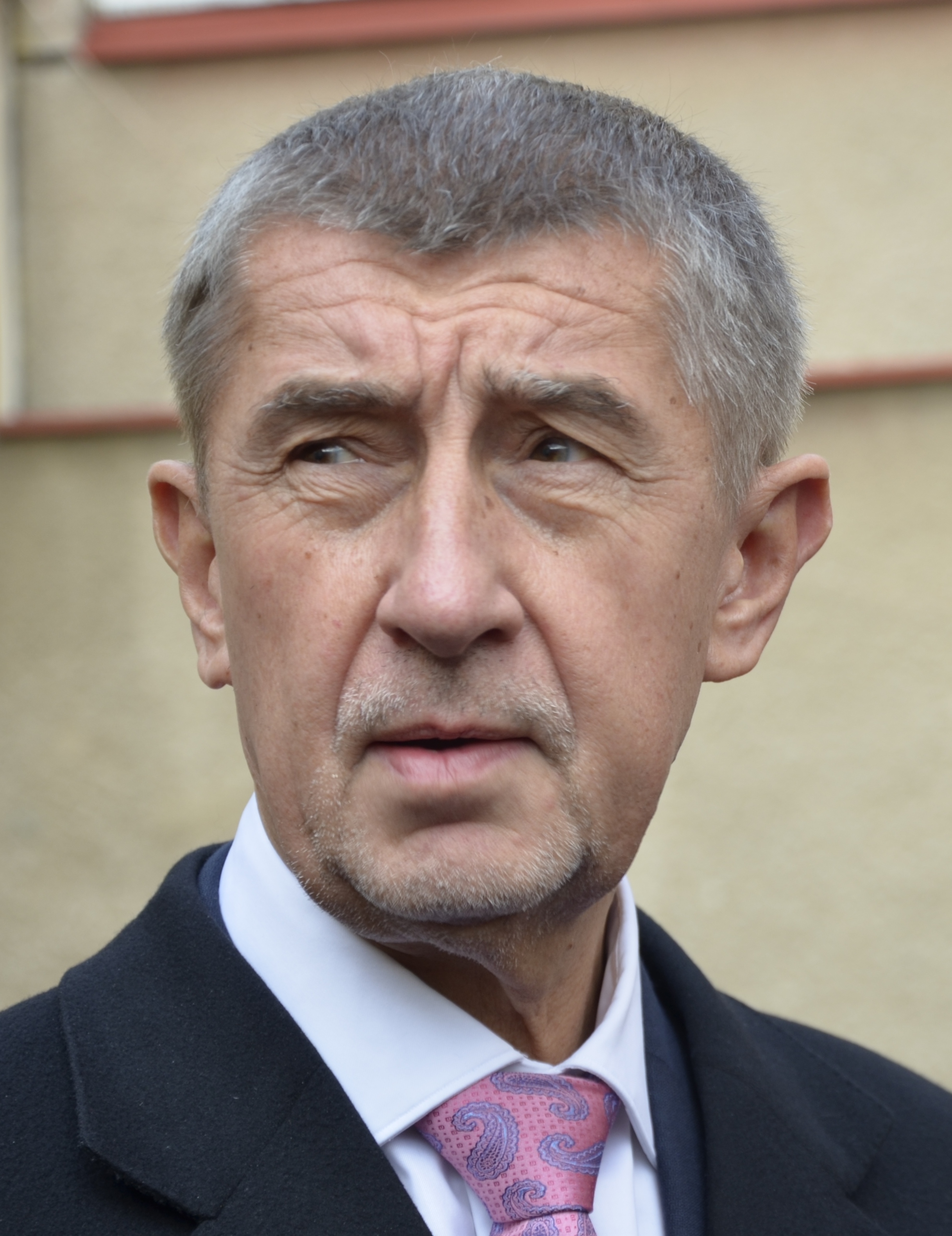 Andrej Babiš (born September 2, 1954 in Bratislava) is a Czech politician and businessman of Slovak origin, since December 2017 the Prime Minister of the Czech Republic. He has been a Member of the Parliament of the Czech Republic since October 2013, and in 2014–2017 he served as First Deputy Prime Minister and Minister of Finance in the Cabinet of Bohuslav Sobotka. He is the founder of the large Agrofert Group. Because of his considerable economic, political and media power, he is often described as an oligarch. He is accused of a conflict of interest due to drawing subsidies from public sources and government contracts. In connection with his father's position, Babiš spent part of his childhood and youth in France and Switzerland. After studying at the then University of Economics in Bratislava, he started working for the foreign trade company Chemapol. In 1980 he became a member of the Communist Party of Czechoslovakia (KSČ). In 1985, he was sent as a foreign delegate to Morocco, where he spent six years. In 1980, the State Security (StB) began to register him as its confidant and since 1982 as an agent with the code name "Bureš". Babiš denies any conscious cooperation with the StB, but Agent Bureš's card discovered in 2021 proves that he cooperated with the StB voluntarily. In May 1995, Agrofert took over, under unclear circumstances, O.F.I., a recently established Swiss company. Under his leadership, Agrofert gradually became a major agrochemical holding company, in which about 250 companies joined. In June 2013, the MAFRA media house also became part of the holding, publishing, among other things, the national dailies Mladá fronta DNES and Lidové noviny. Babiš Agrofert owned it until February 3, 2017, when he transferred his companies to a trust fund. In December 2018, his entire fortune was estimated at 82 billion crowns, which made him the 456th richest man in the world, the second richest Czech citizen and at the same time the wealthiest Slovak. political movement YES 2011. In August 2012 he became the first chairman of the movement. In the elections to the Chamber of Deputies of the Parliament of the Czech Republic in 2013, the movement took second place behind the Czech Social Democratic Party (CSSD) with a gain of 18.65% of the vote. Babiš himself was elected a Member of the Parliament of the Czech Republic on October 26, 2013. On January 29, 2014, he was appointed Deputy Prime Minister and Minister of Finance in the government of Bohuslav Sobotka. However, he resigned from the government in May 2017 after Prime Minister Sobotka proposed his dismissal for alleged scandals, tax evasion and the task of journalists in the media. In the next elections to the Chamber of Deputies in October 2017, YES won and won 78 seats. Andrej Babiš, as the chairman of the movement and the party leader of the Central Bohemian candidate, was re-elected as a deputy. On October 31, President Miloš Zeman instructed him to negotiate the formation of a new government, and on December 6, he was appointed prime minister. However, on January 16, 2018, the government did not gain the confidence of the Chamber of Deputies and resigned, in which it continued to rule. On June 6, 2018, President Zeman appointed him Prime Minister for the second time and on June 27 his second government. The minority cabinet was composed of representatives of YES and the CSSD, with the support and tolerance of the Communist Party of Bohemia and Moravia (KSCM). On July 12, 2018, the government gained the confidence of the Chamber of Deputies. In September 2019, however, the Municipal Public Prosecutor's Office in Prague stopped the prosecution of all the accused. According to the reasoning of this decision, the farm at the time of submission of the application