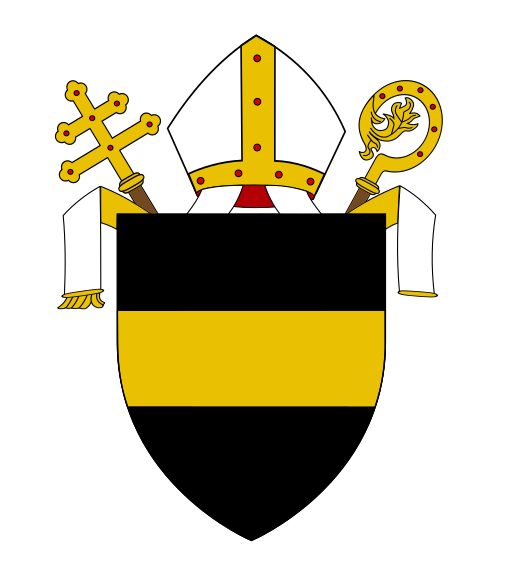 The Archdiocese of Prague is a Roman Catholic archdiocese in Central Bohemia. The seat of the archbishop is Prague, the seat of the church is the Cathedral of St. Vitus, Wenceslas and Adalbert. Jan Graubner was appointed the new archbishop on May 13, 2022, and is to take office on July 2 of that year. Until then, Cardinal and former Archbishop Dominik Duka has been the administrator of the Archdiocese. The auxiliary bishops are Václav Malý and Zdenek Wasserbauer and the auxiliary bishop emeritus Karel Herbst. The Archdiocese of Prague is the oldest existing diocese in the Czech Republic (founded in 973, promoted to an archdiocese in 1344) and the metropolitan archdiocese of the Czech Ecclesiastical Province, which also includes the dioceses of České Budějovice, Hradec Králové, Litoměřice and Pilsen. The Archbishop of Prague is also a primate, the formal head of the Catholic Church in the Czech Republic.

The Diocese of Prague, subordinated to the Archdiocese of Mainz, was established in 973 by excluding Bohemia from the jurisdiction of the Diocese of Regensburg. The first bishop of Prague was Dětmar, the second was St. Vojtech. For a long time, the bishop of Prague was appointed mainly by the will of the Czech monarch and used to be primarily a representative member of the princely court. Personal skills and ties play a decisive role at this time, and many bishops are involved in high politics, in the affairs of the principality and beyond (eg the struggle for investiture). On the other hand, their influence on the administration of the Czech Church, which is concentrated around churches, chapels and monasteries subordinate to their secular founders, is limited. In the 11th century, Bishop Šebíř was politically very involved, under whom the Moravian diocese was separated (restored) in 1063. Disputes between his successor, the ambitious Jaromír, and his brother, Prince Wrocław II, led to a further reduction in episcopal power by the establishment of a chapter in Vyšehrad, where the prince then moved. In the 12th century, the position of the Olomouc diocese was confirmed and strengthened, especially under Jindřich Zdík. His nephew Daniel was a bishop in Prague and a diplomat in the circle of Vladislav II. and Emperor Friedrich Barbarossa. Bishop Jindřich Břetislav, Přemyslid, later gained temporary independence and the status of imperial principality from the emperor for the Prague diocese and eventually became a "prince-bishop" when he occupied the Czech throne at the expense of Přemysl Otakar I. In the 12th century, the Diocese of Prague, with its area of ​​52,000 km2, was the largest diocese of the then 42 dioceses of the Holy Roman Empire. It was followed by the Archdiocese of Salzburg (40,000 km2) and the Diocese of Constance (36,000 km2). The Church's reform and emancipation efforts, culminating in the Fourth Lateran Council in 1215, were promoted in Bohemia by Bishop Ondřej of Prague. With the support of the pope, he obtained the privilege of the Prague diocese in 1221 and a year later a major concordat that secured the right of canonical election and legal and economic immunity. The external manifestation of the emancipation of the Prague bishop is the gradual transfer of the seat from the palace at Prague Castle to the newly built castles, the bishop's court at Judith's Bridge and to Roudnice. The transformation of the diocese into a feudal and land estate is illustrated by Bishop Tobiáš of Bechyně, a representative of the Czech nobility against Ot Brandenburg. The episcopate of John IV basically fills the period of the 14th century before the establishment of the archbishopric. from Dražice. His dispute with the begging orders, which competed with the growing parish network in the cities and drained its income, was particularly significant. The dispute is also related to the eleven-year stay of the bishop, accused of allegedly protecting heretics, in the pope