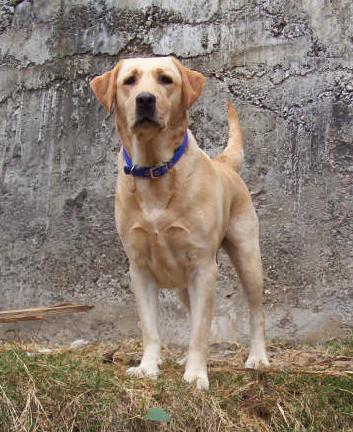 Domestication (also domestication) is the gradual purposeful transformation of wild species of organisms (animals, but also plants, bacteria, ...) into domesticated species, suitable for breeding. It is a multi-generational process that involves permanent genetic modification of a species that leads to innate adaptation to humans. In this way, a person can also have an influence on himself, and we are talking about self-domestication. Man takes care of the organism, has a significant effect on its reproduction and obtains the necessary raw materials (milk, skin, etc.). These factors contributed to the population explosion. A domesticated organism is considered to be a species or subspecies that reproduces under human control. Domesticated organisms do not multiply in the wild, either because they are unable to do so or because the wild form has been extinct. If a domesticated organism enters the wild and begins to reproduce independently of humans, we call it wild (eg mustang, dingo dog, city pigeon). Some species have been domesticated in the distant past (Neolithic Revolution), some species only in recent decades, such as some fur animals. We must also consider some species of birds kept in cages as domesticated species, such as budgerigar, Japanese quail, canary, etc., as well as some species of aquarium fish, such as peacock eye, swordfish, swordfish, paradise, and the like. During domestication, there were physical changes in domesticated animals, such as: limb length, change in coat, skull shape, changes in the CNS (mainly limitation of the sensory and musculoskeletal system), reproduction or milk production. There has also been a reduction in brain size. The part of the brain that affects behaviors such as aggression, stress response, etc. has decreased by about 40%. However, physical changes are not the main sign of domestication. For example, domesticated reindeer do not produce too many breeds and are basically almost indistinguishable from their wild relatives. The lives of many Northerners (Inuit, Evenk, Chukchi, Khant, Nenet and others) are completely dependent on each other. This coexistence of man and animal has caused changes in humans as well. The body had to adapt to the digestion of animal products with a high content of preservatives (eg lactose tolerance).

Domestication probably began 10,000 years ago in the area between the Euphrates and Tigris rivers. It is associated with the Neolithic revolution, when people gradually switched from a nomadic way of life to a settled one. The appropriation economy (hunting and gathering) turned into a production economy and people began to feed on agriculture. They used the animals for agricultural work, transport, or as a food source. The first domesticated animal was probably the wolf, which became a domestic dog (Canis lupus familiaris). The dog gradually integrated into human society. The human need to breed a dog is now largely hereditary. This was followed by the domestication of other animals (such as cows, sheep, goats, and horses.) Humans used to hunt them just like any other game, and in their strong years they wanted to keep them for years that were weaker. On their nomadic journeys, of course, they needed to keep them closed so they would not escape. Over time, they also needed some fodder, because in the limited space, the potential of the original country with pumping large herds quickly ran out. Thus, domestication is at the very beginning of a departure from the human nomadic way of life, because with a permanent source of food, people have ceased to be dependent on wildlife watching. Over time, domestication has also become responsible for transforming the human phenotype with the development of many modifications related to the need to have tools for digesting animal products, which often contain many preservatives (e.g.