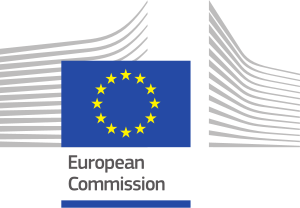 The European Commission is a supranational body of the European Union, independent of the Member States and defending the interests of the Union. The term is used in two senses: either as a college of commissioners or as a college with the entire administrative apparatus, which has up to 32,000 employees. It participates in almost all levels of decision-making, it has the largest administrative and expert apparatus. It is divided into a number of directorates-general and services; since 1999, the European Commission has had 33 directorates-general. It is headquartered in Brussels, its central building is the Berlaymont Palace, several headquarters are located in the Tour Madou Plaza, some parts of which are located in Luxembourg. The Commission is, above all, the 'guardian of the Treaties' - ensuring that the founding treaties of the European Union are complied with and of its own motion bringing actions in the event of a breach. Participation in the drafting of legislation is an important power; the Commission has the right to submit legislative proposals. Other powers are to issue recommendations and opinions, and the Commission also exercises delegated powers (delegated legislative power). The Commission participates in the European Union's external negotiations, [source?], Including maintaining diplomatic relations and negotiating international agreements. It mainly manages the budget of the European Union. The College of 27 Commissioners meets once a week.

Composition, provisions and responsibilities of parliament