Ferdinand I of Habsburg 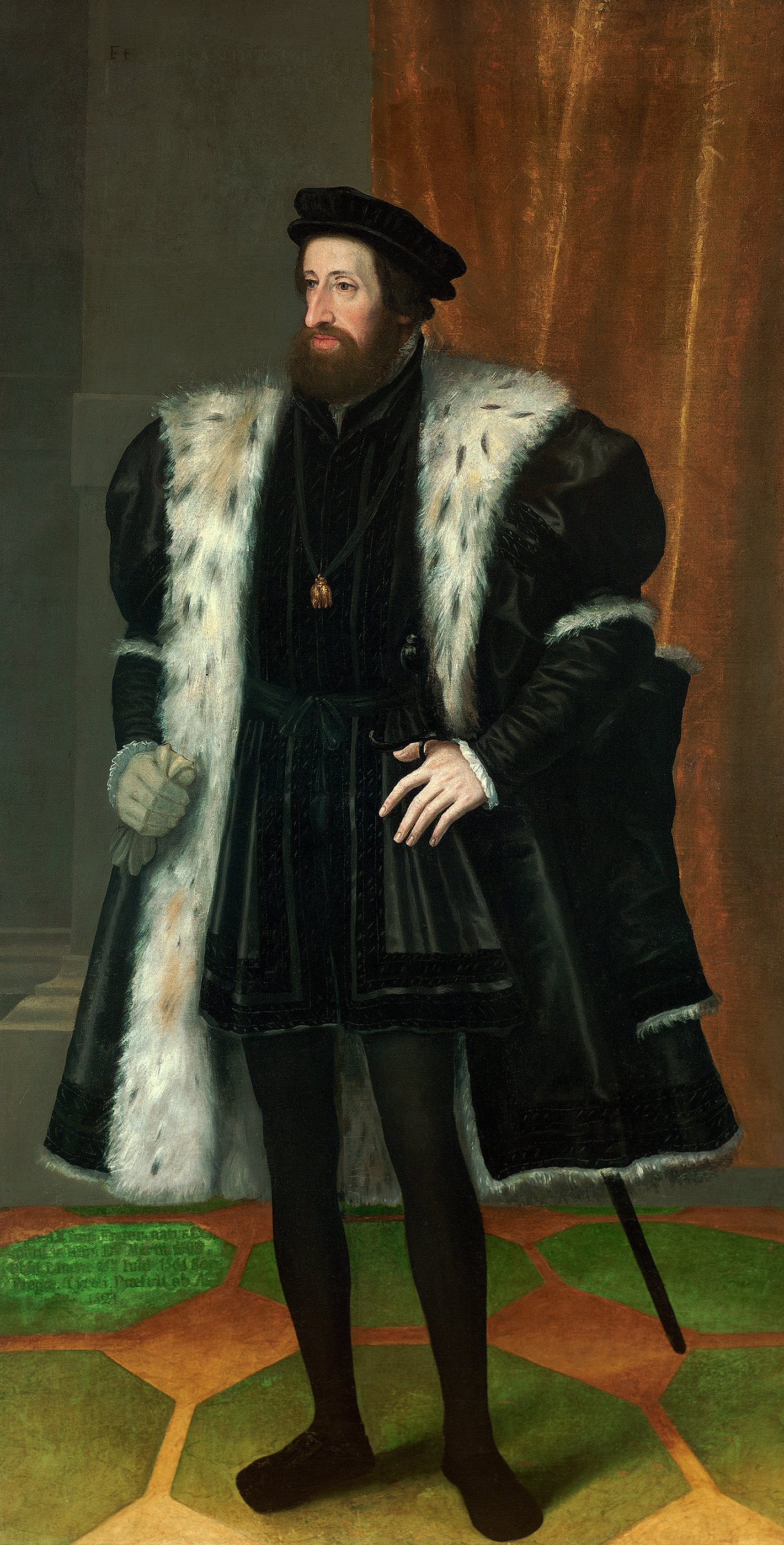 Ferdinand I of Habsburg (March 10, 1503 Alcalá de Henares - July 25, 1564 Vienna) was a Roman-German king (from 1531), a Roman emperor (from 1556), a Czech and Hungarian king (from 1526) and an Austrian archduke. His parents were Habsburg Filip I. Sličný and the Spanish infant Jana Šílená. Charles V's older brother became King of Spain in 1516 and Roman Emperor in 1519. Ferdinand's wife was Princess Anna Jagellonská of the Czech and Hungarian. They had fifteen children together, including Ferdinand's successor Maximilian II.

Ferdinand I was born on March 10, 1503 at the Alcalá de Henares Castle, 40 km from Madrid, the second-born son of the Castilian co-king and Duke Philip I of Burgundy and Queen Johana (Jana) Šílená of ​​Castile. He spent his childhood in Spain. Ferdinand's father Philip died in 1506. His mother, who was the only heiress of her parents at the time, the rulers of the recently united Spanish kingdoms of Castile and Aragon, developed a mental illness. Her father, King Ferdinand II of Aragon, found her incapable of government and had her isolated. He then took care of the security and upbringing of her children. From childhood, Ferdinand was led to a strictly Catholic life and to respect Habsburg ancestral ideas. Together with the ideas of one of the greatest Renaissance scholars, Erasmus of Rotterdam, this fact was of the greatest importance for the formation of Ferdinand's personality. Ferdinand II died in 1516. Aragonese. In the life of thirteen-year-old Ferdinand, this marked a turning point. The following year, his older brother Charles, who had grown up in the Netherlands, came to Spain to take over the government. The brothers met for the first time in their lives. Their relationship was not full of sympathy and trust, but in the future they acted in concert to promote the common interests of the Habsburg dynasty. Charles, who was accepted as King of Spain after protracted negotiations, dissolved Ferdinand's court and sent his younger brother to Aunt Margaret in the Netherlands.

At the beginning of 1519, Ferdinand's second grandfather, Emperor Maximilian I of Habsburg, died. He was the only ruler in the Austrian lands. Austria was not a unified state at the time, but it was a separate principality united by the Habsburg dynasty. In his will, Maximilian did not specify how these countries were to be divided. The principle of primogeniture had not yet been established in Austria at that time. So there was a negotiation. In 1520 Ferdinand won the Worm Treaty of Upper and Lower Austria, Carinthia, Styria and Carniola. The government in other countries, including rich Tyrol, fell to Karl. He also became king of the Holy Roman Empire (and from 1530 emperor). In order to devote himself fully to the government in Spain and the Empire, he appointed Ferdinand as his viceroy in the other Austrian lands; Charles left him full control in them only in 1522. This laid the foundation for the division of the Habsburg family into an older Spanish branch (Charles V) and a younger Austrian branch (Ferdinand I.) and Ferdinand again became the sole ruler of the Austrian lands. When Ferdinand arrived in Vienna in 1521, he did not initially meet with sympathy. He was perceived as a foreigner (Spanish) and did not speak German. In addition, the nobility used two years of anarchy to strengthen power. However, the ambitious archduke took over the government with great determination. Right at the beginning, he had to face the revolt of the estate opposition, which, however, he managed to suppress through repression, aimed primarily at the cities. In 1522, the leaders of the uprising were convicted and executed (the so-called "bloody court" in Vienna's New Town - Blutgericht von Wiener Neustadt, Wiener Neustädter Blutgericht). Ferdinand consolidated his power. After the accession of the government had to embark on economic reforms, k