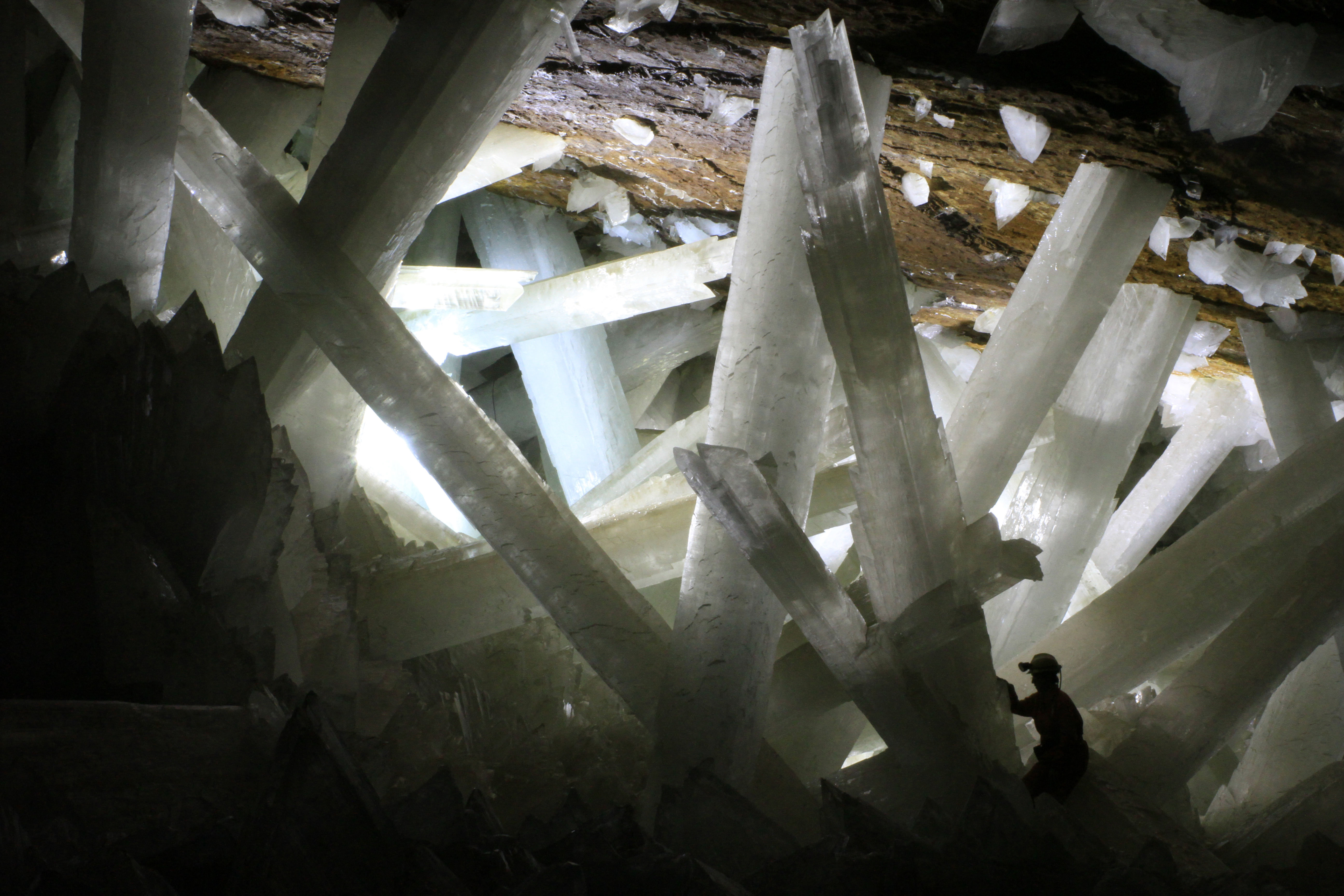 The Crystal Cave, Spanish for Cueva de los cristales, is a cave located near the city of Naica in the Mexican state of Chihuahua. It was discovered in April 2000 while Juan and Pedro Sanchez, workers of the local silver mine belonging to Peñoles, were excavating the corridor. The cave is famous for selenite crystals (a variety of gypsum), the largest of which is twelve meters long, four meters wide and weighs 55 tons. The cave has a horseshoe shape. Located at a depth of 300 meters, it is 109 meters long and 12 meters high. The temperature exceeds 50 ° C and the humidity is 90%, a concrete wall with an iron gate was built to protect the microclimate of the cave and is accessible only to experts. Microbes estimated to be 50,000 years old have been found here. The second largest underground space discovered during mining at the Naica Mine is the 105-meter-long Cave of Swords (Cueva de las Espadas). This cave, which was discovered in 1910, lies closer to the surface at a depth of 120 meters. It is also full of crystals, but at most one meter long, which resemble shiny daggers - hence the name of the cave.

Pictures, sounds or videos about Crystal Cave at Wikimedia Commons