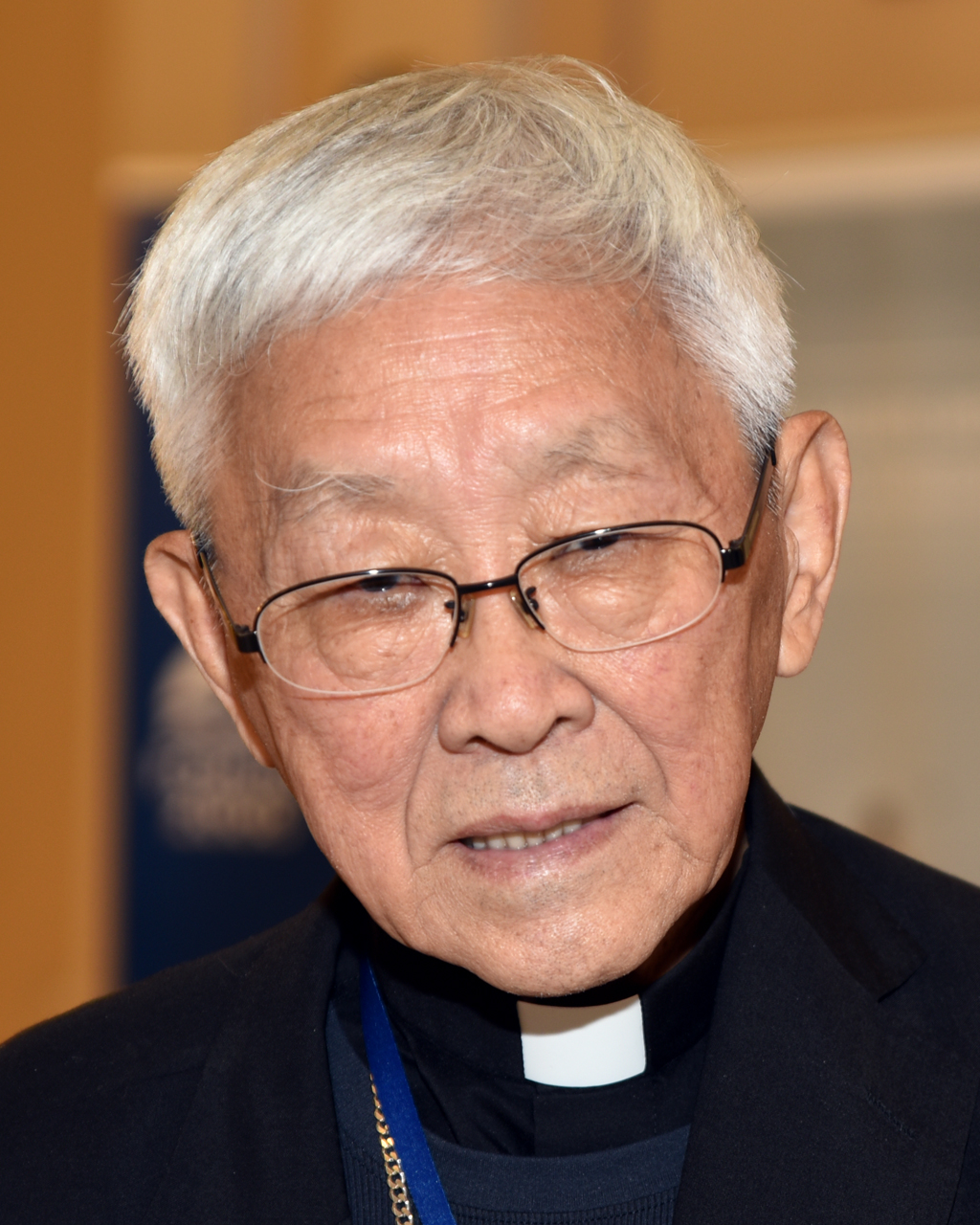 Joseph Cardinal Zen Ze-kiun SDB (TZ: 陳日君, ZZ: 陈日君, Pinyin: Chén Rìjūn; * January 13, 1932 Shanghai) is a Chinese Roman Catholic priest, Salesian, former bishop of Hong Kong, cardinal and political prisoner. He joined the Congregation of the Salesians of Don Bosco, the novitiate spent in Hong Kong. He studied at the Salesian School in Turin and at the Pontifical Salesian University in Rome, where he obtained a degree in theology and a doctorate in philosophy. He was ordained a priest in Turin on February 11, 1961 by Cardinal Maurilio Fossati. After returning to Hong Kong, he headed several Salesian communities and lectured at several seminaries in China. In September 1996, he was appointed Bishop-Coadjutor in Hong Kong, he received episcopal ordination on December 9 of the same year, and was ordained by Cardinal John Baptist Wu Cheng-chung. In 2002 he became head of the diocese. In February 2006, Pope Benedict XVI announced his cardinal nomination, which was officially completed at the consistory on March 24 of that year. On April 15, 2009, Benedict XVI accepted his resignation as Bishop of Hong Kong due to his canonical age. His successor was the current coadjutor John Tong Hon. He is one of the critics of the agreement between China and the Vatican on the appointment of bishops and other matters of the relationship between the Catholic Church and the People's Republic of China. In 2019, Dominik Duka presented him with the Gold Medal of St. Adalbert for his steadfastness, tenacity and loyalty to the Catholic Church. On May 11, 2022, he was arrested by the Hong Kong National Security Police for allegedly associating with foreign forces. He was arrested by former opposition MP Margaret Ng Ngoi-yee and singer Denise Ho Wan-sze. All three were administrators of the 612 Humanitarian Relief Fund, which helped protesters in Hong Kong in financial distress.