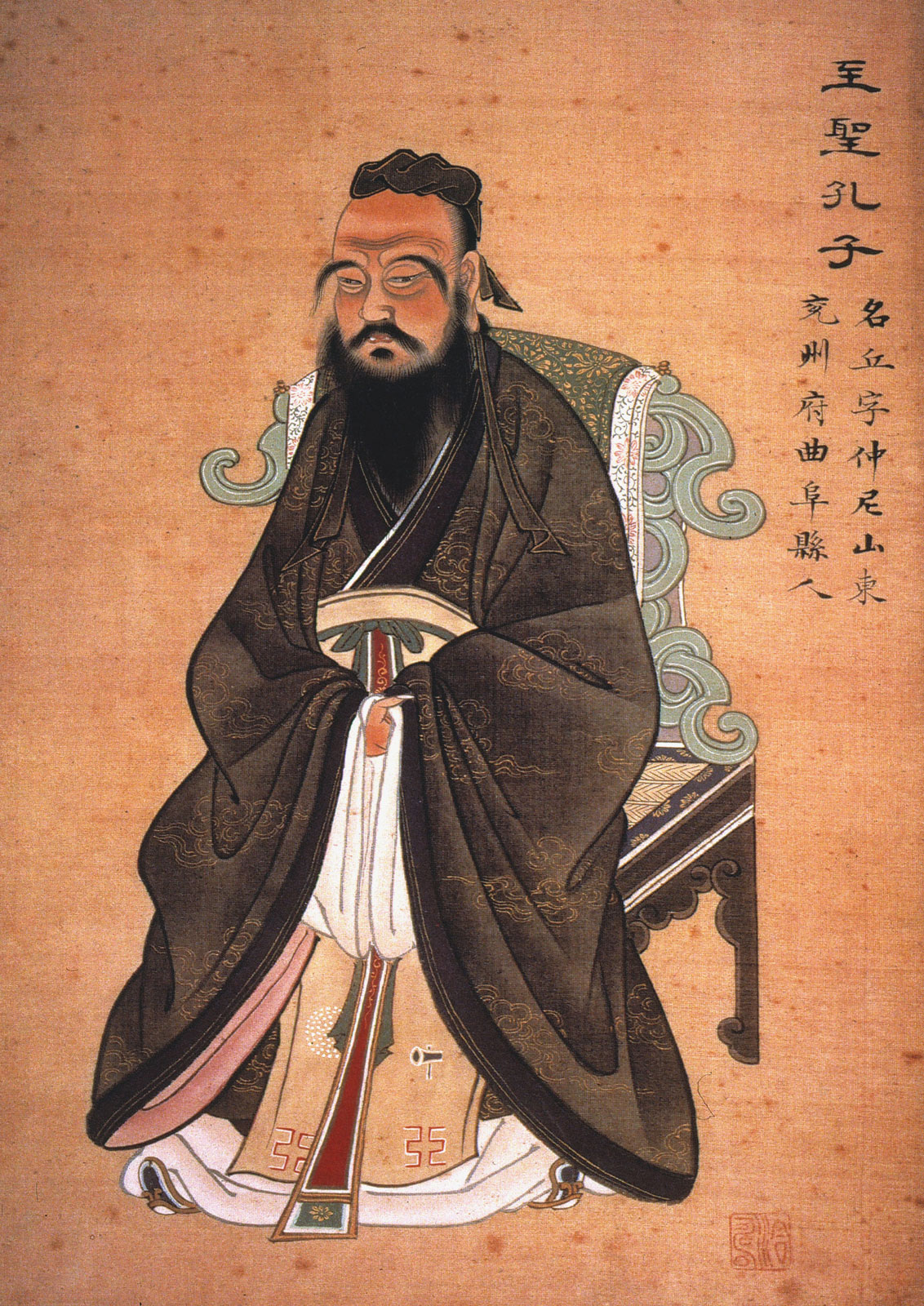 Confucianism, also Confucianism (Pingyin Chinese rûxué, characters simplified 儒学, traditional 儒學, , literally "school of scholars"; or less precisely Kchung ţiao Chinese Pinyin Kŏng jiào, characters 孔教, "Religion of Confucius") is a Chinese philosophical school , which evolved from the teachings of the Chinese sage Confucius. It is a comprehensive system of moral, social, political and religious ideas that have a significant impact on the development of Chinese civilization even into the 21st century. Confucianism understands tao (the way) as the path of man and society. It therefore emphasizes human actions, which must not be in conflict with the will of the highest deity (Heaven). It emphasizes reason, responsibility, a positive attitude towards the world, but also subordination to order. It creates a model of society based on the patriarchal family model. The European attitude towards Confucian philosophy changed significantly over time. Europeans began to get to know Chinese civilization in more detail only in the 17th century. In the 18th century, Confucianism became the object of enthusiastic admiration of the French Enlightenment and the British aristocracy. At the beginning of the 20th century, European sociologists even identified Confucianism as the main cause of China's decline, and this view was also shared by Chinese left-wing intellectuals. (Mao Zedong even considered it necessary to completely eradicate Confucianism.) Only the recent and unexpectedly explosive growth of countries with a Confucian tradition, such as Taiwan, Singapore and South Korea, and finally China itself, has brought a new wave of interest in this philosophy.

When Confucius was born, the Chou dynasty (ruled from about 1027 BC to 256 BC) was in decline. At that time, it directly controlled only a few settlements around the capital. The rest of the country was divided into several dozen states, headed by feudal lords, who often waged wars with each other. Their powers were balanced and no one could gain so much power to try to rise up against the emperor, the others would unite against him. Due to the constant marches of the armies and the state of war, the common people were quite afflicted. At that time, conservative philosophers began to appear in China, who emphasized respect for ancestors and their customs, or harmony with nature and harmony (for example, Lao Tzu). Confucius's father, Kchung Shu-liang Che, was the administrator of the small city of Cu in the state of Lu, which had a disadvantageous position between two larger states. According to Confucius' Annals of Spring and Autumn, the state of Lu was attacked a total of twenty-one times. Kchnug Shu-liang Che was already old and had only one crippled son out of four children. Fearing that no one would be able to perform ceremonies in his honor after his death (only male descendants were allowed to perform them), he decided to marry a second time. He asked the father of a local family, Jen, who had three daughters, to give him the hand of one of them. The father only asked his daughters, but only the youngest, Chengcai, was given the duty to obey her parents, which plays an absolutely essential role in Chinese ethics. According to legend, five sages (representing the five planets known to Chinese astronomers at the time) appeared to Confucius' mother in a dream before giving birth, leading a strange beast with a dragon's skin and a horn growing from its head. He knelt in front of Chengcai and spat out a piece of jade described as an oracle that her child would become a "king without a crown." When it was time to give birth, Confucius' mother retired to a cave under mulberry trees, where two dragons stood guard and fairies filled the cave with a sweet fragrance. A spring gushed out in the cave to wash the newborn Confucius and someone's voice rang out: "The heavens, moved by your prayers, have given you a blessed son".

Confucius' father died when they were young