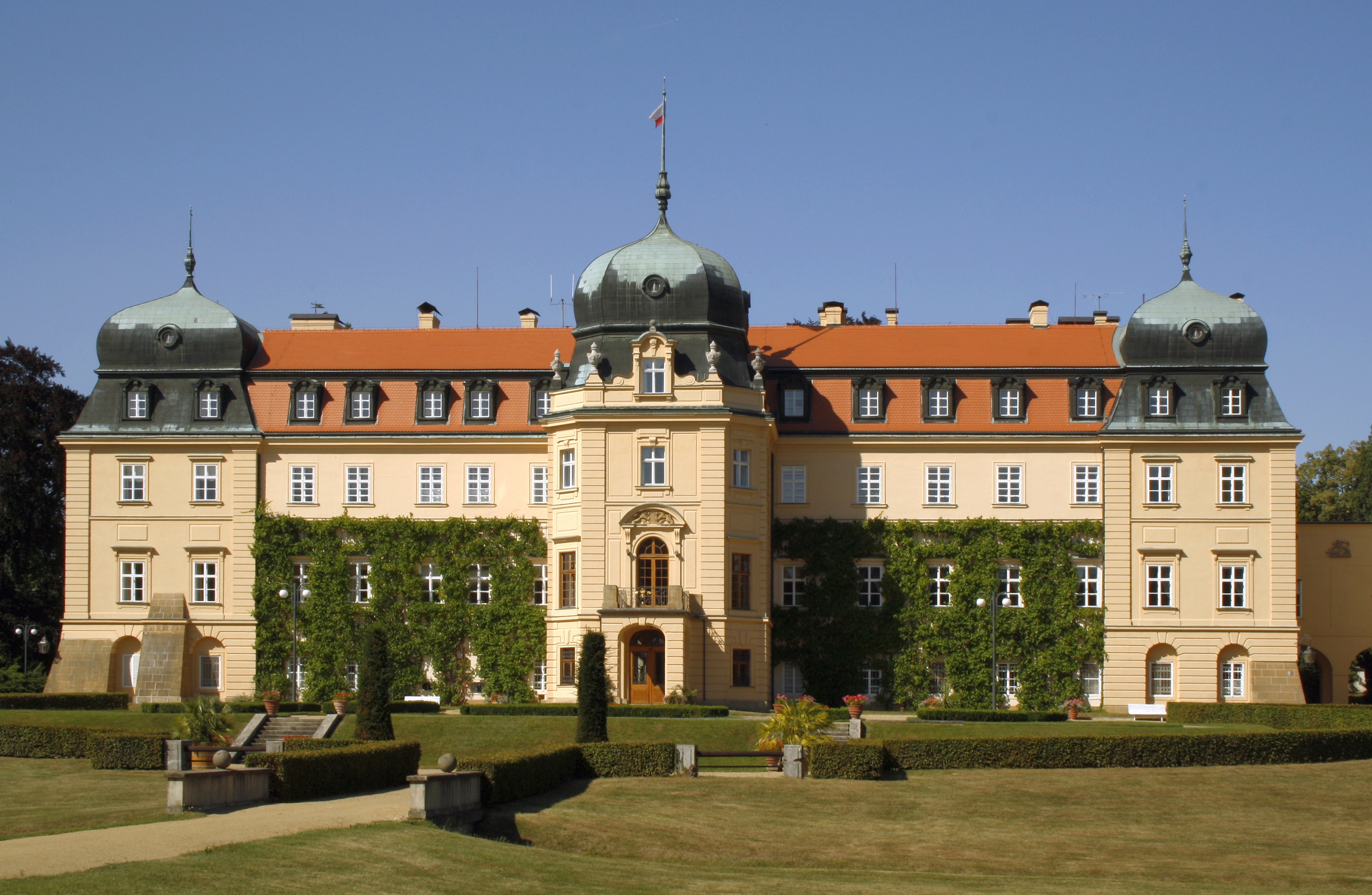 Lány Chateau is a Baroque building located on the southern edge of the village of Lány in the district of Kladno in the Central Bohemian Region west of Prague. The chateau is situated on the northern edge of the extensive Křivoklát forests (Křivoklátsko Protected Landscape Area), it includes an extensive English park, the Bahňák pond, a large palm greenhouse and the adjacent Lánská Game Reserve. The castle also included a farmyard. Since 1921, the castle has been the property of the state and has become the official summer residence of the presidents of Czechoslovakia, today the presidents of the Czech Republic. On December 16, 1921, during the visit of the Austrian President Hainisch and Chancellor Schober, the Lana Treaty (also known as the "Prague Treaty") was signed here, which confirmed the policy of friendly cooperation between Czechoslovakia and Austria. The castle, including the adjacent church and the castle park, is protected as a cultural monument of the Czech Republic.

The name of the village Lány is based on the method of land division, the first written mention of the fortress comes from 1392, when the village was owned by Bishop Hašek of Lány. At that time, the manor house was more like a wooden residential building within the plow yard. Lány later belonged to the Stochov estate and as part of the Stochov estate, the Lány was bought in 1528 by the Žejdlič family from Šenfeld. A Renaissance fortress was probably built during their era. Lány was bought in 1581 by Jiří Bořita, a senior land official from Martinice, the owner of the neighboring Smečno estate, from Lejdlice. Lány remained in the possession of the Martinics for only a few years, and in 1589 they were purchased by the Royal Chamber for Emperor Rudolf II. The forests in the Beroun region were among the favorite hunting destinations of the Habsburg rulers, and Lány was permanently attached to the royal estate of Křivoklát. The center of the extensive crown estate was Křivoklát Castle, which, however, did not meet the conditions for a comfortable stay at the end of the 16th century. Therefore, in 1592, the reconstruction of the Lány fortress began into a hunting lodge, which was a ground-floor building in the Renaissance style. Probably according to the project of the Italian architect Aostalli, the castle was built on a U-shaped floor plan with sgraffito decoration and moats. In 1658, the Křivoklát estate, including Lány, passed into the possession of Prince Jan Adolf Schwarzenberg as a pledge. At the same time, he began to build property in southern Bohemia, and after his death (1683), the Schwarzenbergs lost interest in the Křivoklát estate. In 1685, Count Arnošt Josef of Valdštejn (1654–1708) bought the Křivoklát estate into hereditary property. The transaction attracted considerable attention at the time, as it was one of the largest property transfers in Bohemia in the second half of the 17th century, and Wallenstein paid three-quarters of a million gold for the Křivoklát estate with three towns, 54 villages, four castles and two chateaux. Although Arnošt Josef Valdštejn became famous on his estates in northern Bohemia as an active builder, the Křivoklát estate was primarily of economic importance to him (he founded, for example, ironworks in Nižbor). To defend against widespread poaching in the forests of Křivoklát, he had a wooden fence built in Lány, which, with an area of ​​almost 10,000 hectares of land, became the largest hunting ground in Bohemia. The wooden fence was replaced by a 27-kilometer wall in 1787 under other owners. Under Arnošt Josef Valdštejn, the Renaissance summer house in Lány remained unchanged, but in 1723 it hosted Emperor Charles VI. during his stay in Bohemia during the coronation of the Czech king. Arnošt's son Jan Josef Valdštejn has been the owner of the Křivoklát estate since 1708, when the Royal Chamber, which had a pre-emptive right on the basis of a contract from 1685, showed interest in its property. But the amount of 600,000 gold required by Wallenstein was not with