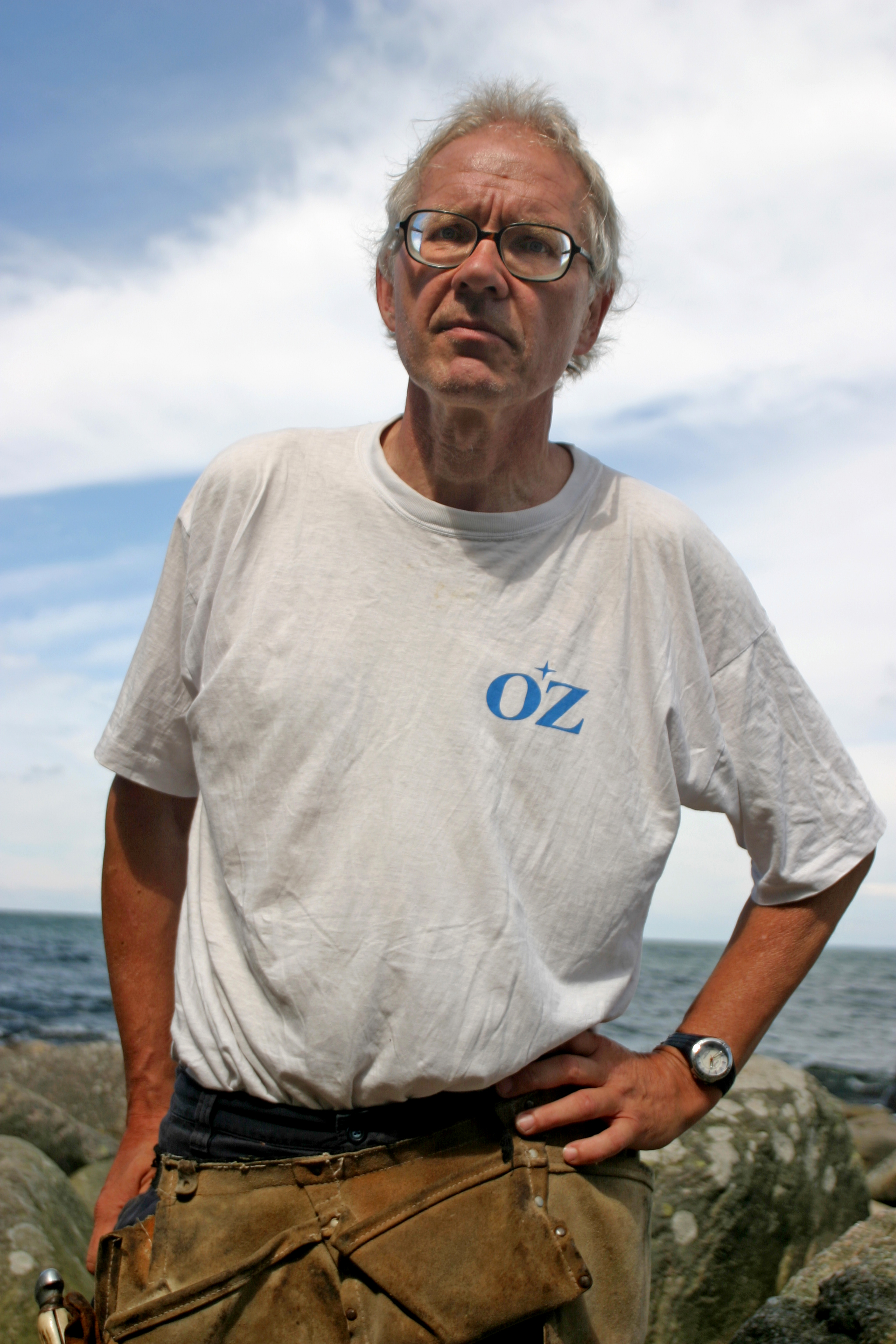 Lars Endel Roger Vilks Lanat (* June 20, 1946 Helsingborg - October 3, 2021 Markaryd) was a Swedish painter, sculptor, cultural theorist, activist and freedom fighter who became famous for his cartoons of the founder of Islam Muhammad as a dog, sparking protests in Islamic countries (eg Karachi, Pakistan). Vilks has already been threatened with death several times, and in 2010 a woman in Pennsylvania tried to kill him, for which she was subsequently sentenced to 10 years in prison. He died on October 3, 2021 in a car accident near the town of Markaryd in southern Sweden.

Lars Vilks' father was Latvian, mother Swedish. In 1987 he received a doctorate in history from the University of Lund, then worked from 1988 to 1997 at the Academy of Arts in Oslo (Kunsthøgskolen i Oslo). From 1997 to 2003 he was Professor of Art Theory at the Bergst Academy of Art and Design (Kunst- og designhøgskolen i Bergen). Since the 1970s, he has also painted and sculpted, and in art he is classified as postmodernism or conceptual art. One of the most famous works is his wooden sculptures Nimis and Arx in the territory of the Ladonia micro-nation.

Cartoons of the Prophet Muhammad

He wanted to exhibit the caricature of Muhammad as a dog in 2007 at an exhibition in Tällerud. The organizers, out of fear of the reaction of the Muslim population, canceled the exhibition at the last minute. Vilks did not find another exhibition hall that would dare to exhibit the drawings. He therefore decided to print one caricature in the regional daily Nerikes Allehanda. Immediately, a hysterical campaign was launched by Swedish Muslims and their influential structures, strong in Swedish society, followed by official protests by Islamic states - Iran, Afghanistan, Egypt and Jordan. The organization of Islamic cooperation called on the Swedish government to "criminalize" against Vilks. Al-Qaeda, a Muslim terrorist organization, has announced a $ 150,000 reward for its assassination. He has lived under police protection ever since. In 2009, the murderous plan of three Muslims with American citizenship was thwarted. At the time of their arrest, several Muslims were also arrested in Ireland. They were part of the conspiracy and had refugee status in Ireland. Vilks was also attacked by Muslims during his lecture at Uppsala University in 2010. In addition, Muslims forced an interruption in the screening of a film about homosexuality. The next day, two Swedish brothers of Kosovo origin tried to set fire to Vilks' house with flammable bottles. In the same year, a suicidal Muslim assassin attacked in Stockholm, professing hatred of European culture and Vilks in a media message. In 2011, a group of three Muslim criminals were arrested in Stockholm for plotting Vilks' murder. In February 2015, a young man of Danish-Palestinian origin attacked the Krudttønden café in Copenhagen with an automatic rifle, where Vilks presented some of his work. One of the visitors was killed and three police officers were injured in the attack. Later that year, Lars Vilks received the Sapfó Award from the Danish Free Press Society; the prize was handed over in the Danish Parliament building under strict security measures. In 2016, its wooden installation from 1980 was set on fire in the southern part of Sweden.