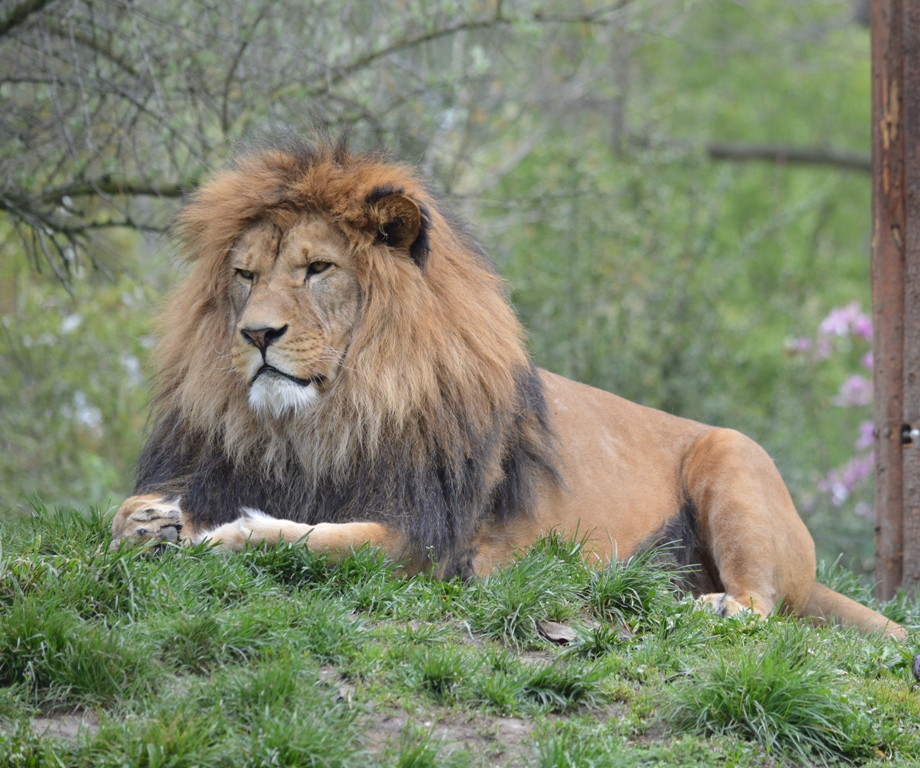 According to some studies, this population survived in the wild until the mid-1960s. Its members are characterized by great stature and a massive mane. All Berber lions kept in captivity today are descendants of lions from the private kennel of the King of Morocco and are crossed with other lion populations. In the Czech Republic, these lions are currently bred by the Olomouc Zoo, which has already given birth to twenty cubs, the last of which was born on May 11, 2018. A total of five lion cubs were also born in the Pilsen Zoo. Hodonín Zoo also has animals for which reproduction is not permitted. The breeding is also run by the Dvůr Králové ZOO, where there is a lion safari accessible by car, and the Liberec Zoo. In Slovakia it is bred in Zoo Bojnice, 2 pups were bred here. On May 10, 2019, three cubs were born in the Dvůr Králové ZOO.

This population has a light brown color, males have an indistinct to no mane, which never touches the abdomen. The original range, which included West African areas south of the Sahara Desert and some other areas, has shrunk significantly.

The members of this Congolese population are smaller than other lions and have not developed an abdominal mane. As a subspecies, these lions were described by Joel Asaph Allen in 1924, the holotype became the skull and skin marked as AMNH M-52084.

The historical distribution of this population of the Berber lion stretched in a strip of territory from Turkey in the west to central India in the east. Currently, a limited number of 650 individuals live in India only in the state of Gujarat. Compared to other populations, these lions reach a slightly smaller stature on average and the male mane is less extensive. They have a longitudinal lobe of loose skin on their bellies, which African lions lack. From the point of view of social organization, the main difference is that their packs are not so numerous and seldom include adult males. They usually join the lionesses only at the time of mating or sometimes also when consuming larger prey.

This article uses material from the English Wikipedia article Barbara.