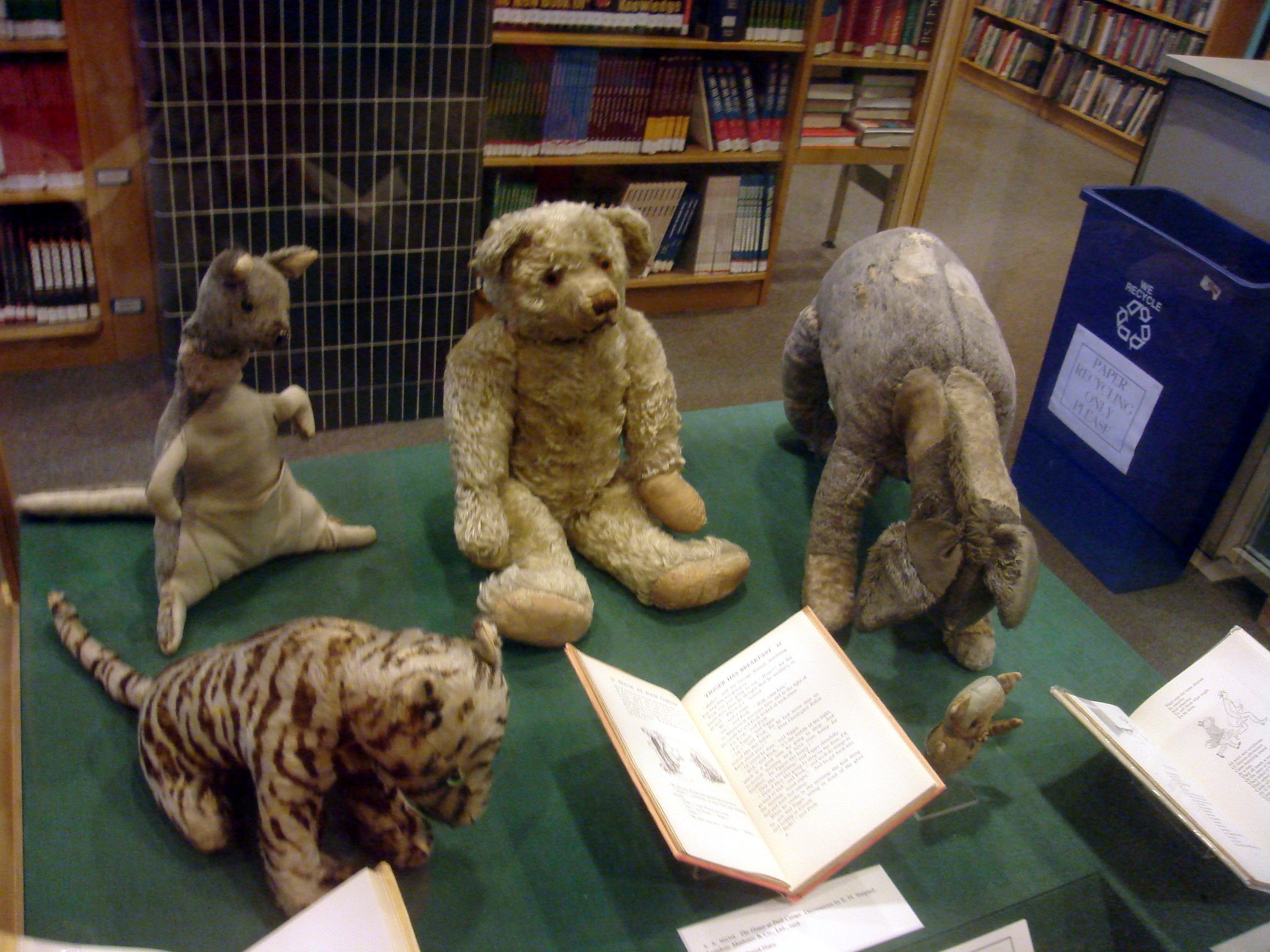 Winnie the Pooh (in the original Winnie-the-Pooh) is the main character - a personified teddy bear in a children's book written by Alan Alexander Milne. He is one of the most famous heroes of children's literature of the 20th century, who is loved by children around the world. The first story about Pooh was called Wrong Sort of Bees and appeared in the British newspaper London's Evening News on December 24, 1925 (illustrated by J. H. Dowd). On October 14, 1926, the first book about Pooh was published in Great Britain, called Winnie the Pooh (Winnie-the-Pooh). After a very successful first volume, the second was published in 1928: Pooh's Still Life (The House at Pooh Corner), and eventually the two titles began to be published together (as two parts of a book). In addition to Pooh, A. A. Milne also wrote two books with rhymes for his son Chris (When We Were Very Young, Now We Are Six), which were originally published in 1924 and 1927. All four of Milne's books were illustrated by E. H. Shepard. Although Shepard illustrated Milne's books published in England by the British publishing house Methuen Publishing Ltd and in the United States by E. P. Dutton, he preferred to be known as a cartoonist for London's Punch Magazine. Books about the famous teddy bear have been translated into more than 50 languages. The book was later also filmed by Walt Disney. He celebrates his birthday on January 18 according to the date of birth of its author.

Origin of the book

Milne named the character Winnie the Pooh after a toy - the teddy bear of his son Christopher Robin Milne, who is the main character in Pooh, Kryštůfek Robin. Pooh was originally just an ordinary teddy bear, which in 1921 the writer Milne gave to his son Christopher as a gift for his first birthday. Three years later, in 1924, A. Milne visited London Zoo for the first time with his four-year-old son, who fell in love with the Winnipeg bear there. The bear, called Winnie, is known as a kind bear who never attacked anyone and who was very popular for his playfulness. The peacefulness of the female baribal is also proved by a photograph (seen on an English wikipedia, for example), in which little Christopher Milne caresses a bear. Christopher Milne named his teddy bear after the bear Winnipeg (Winnie) and the swan "Pooh" (Pooh), whom they met on vacation: Winnie the Pooh. When A. A. Milne began writing the stories he told his son, he was inspired by his son's toys for the names of the characters in the book. The Owl (Owl) and the Rabbit (Rabbit) probably owe their origin to the real animals living near Milne's house. Christopher's toy teddy bear is now on display at the Donnell Library Center in New York's Central Children's Room. Milne's home in the Ashdown Forest of Sussex in southern England (in the book as Hundred Forest) is the main site of Pooh's adventures. The name of the fictional Hundred Acre Wood is similar to the Five Hundred Acre Wood, which lies outside the Ashdown Forest and includes the places mentioned in the book, such as the Enchanted Place. In the first chapter of Pooh Bear, Milne explains why Pooh Bear is usually called simply "Pooh." "But his arms were so stiff that they stayed up all week, and when a bee sat on his nose, he had to blow it."

Winnie the Pooh consists of two books, each of which consists of ten separate chapters that can be read independently of each other. Usually both books are translated and published at the same time, but there are exceptions. An example is the extraordinary fate of the German Pooh: the first book was published in German translation in 1928, the second was not translated and published until 1954. List of chapters, in the race