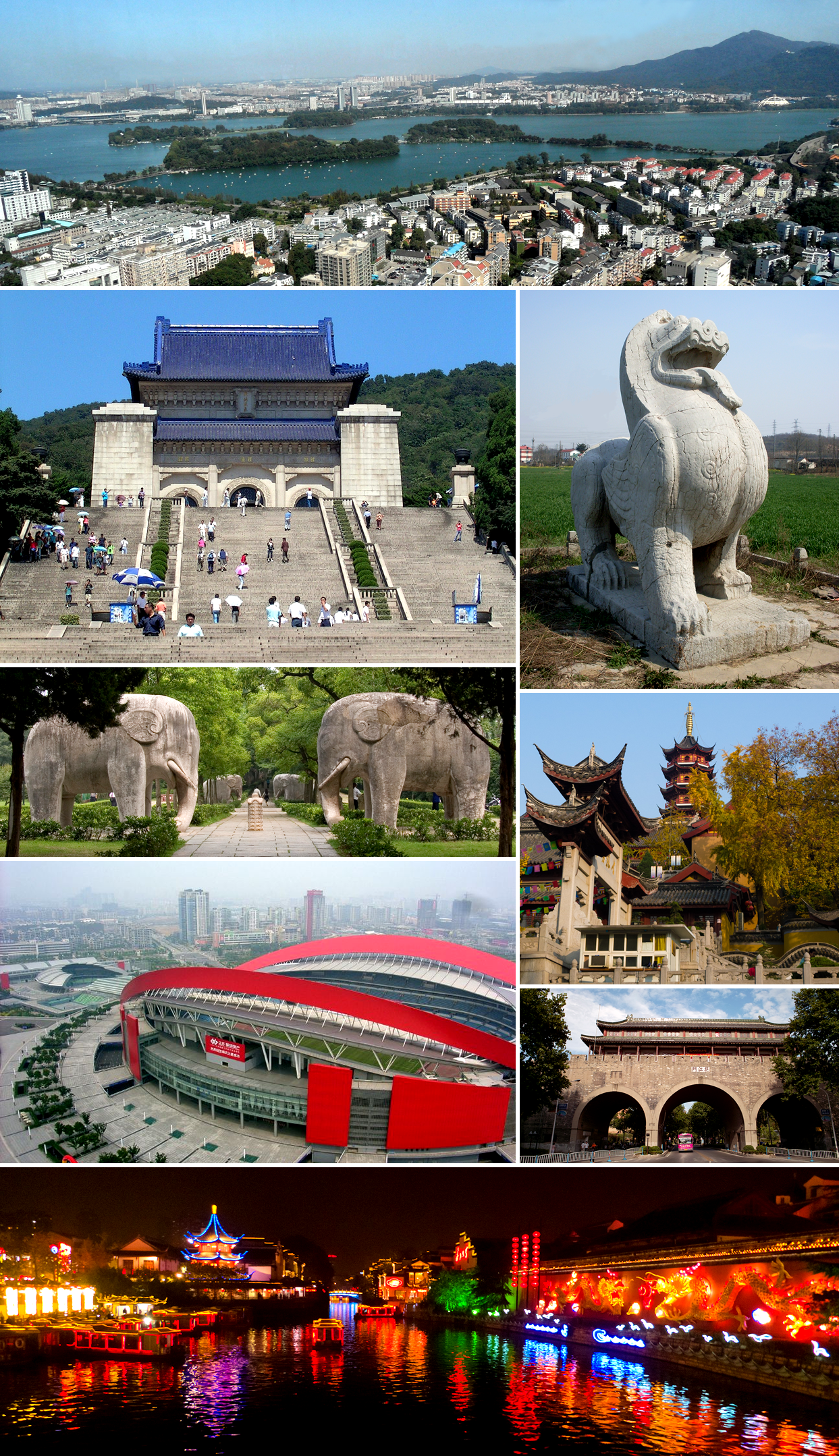 Nanking (, Chinese pinyin Nánjīng, simplified characters 南京, Czech Nan-ching) is the capital of the Chinese province of Jiangsu. Its history and culture make it one of the most important Chinese cities. During several historical periods, it served as the capital of China. The city lies on the lower reaches of the Yangtze River. More than eight million people live in it. Due to its location in the Yangtze River Delta region, Nanking has gained a prominent place in the history and culture of China, serving as the capital of various Chinese dynasties, kingdoms and governments from ancient times to modern times. And so, for a long time, it also became the main center of culture, education, research, politics, economy, transport networks and tourism, which today is also the largest inland port in China and one of the largest in the world. Among other things, Nanking boasts many high-quality universities and research institutes that have a long history here.

One of the most important cities in the history of the Chinese nation, Nanking is recognized as one of the four great ancient cities of China (along with Beijing, Luoyang and Xi'an). It served as the capital during the Zhou Dynasty (1050 - 221 BC), the Three Kingdoms (222 - 280 AD), the Eastern Jin (317 - 420 AD) and the Southern Dynasties (420 - 589), the Southern Tang (937 - 975 AD) , Ming (1368–1644) and also under the Republic of China (1927–37, 1946–49) before being removed to Taiwan during the Sino-Japanese War. The city also served as the seat of the rebel Taiping tchien-kuo (Heavenly Empire of Great Peace 1853–64) and the Japanese puppet regime of Wang Jingwei (1940–45) during the Sino-Japanese War. In both conflicts, the city suffered severe blows, including the Nanking Massacre. Since the founding of the People's Republic of China, Nanking has served as the capital of Jiangsu Province. It boasts many important monuments, including the Presidential Palace (Cung-chung fu) and Sun Yat-sen's Mausoleum (Chung-shan ling). Places such as the Temple of Confucius (Fu-c' miao), the Ming Palace or "Nanking Forbidden City" (Ming Ku-kung), the Ming Tombs (Ming Xiao-ling) and the Chong-hua Gate (Chong-hua) are sought after by tourists. names). Key cultural facilities include the Nanjing Museum (Nanjing po-wu-kuan), the Nanjing Library (Nanjing tzu-shu kuan) or the Nanjing Art Museum.