The Civil War in Colombia 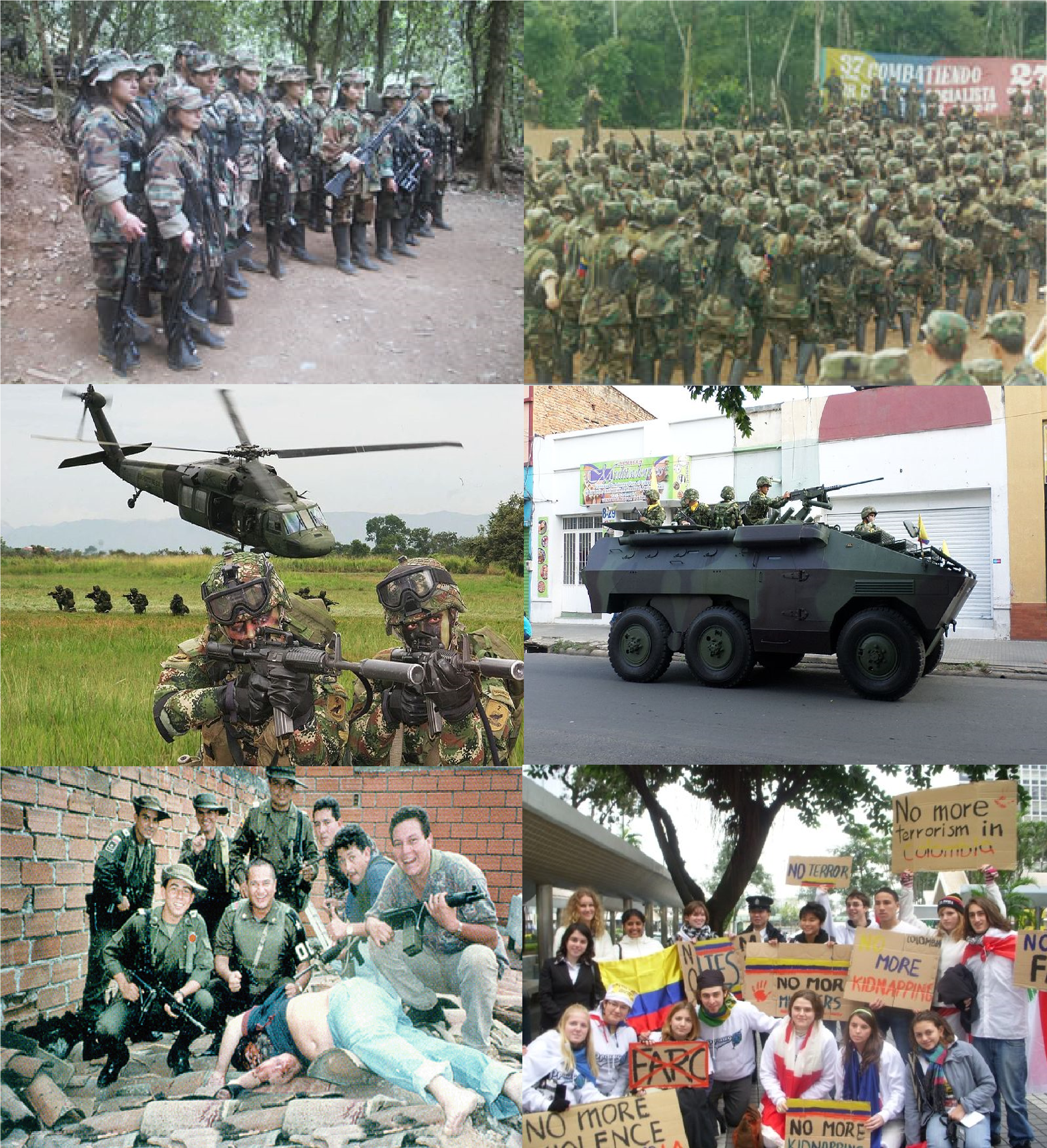 The Colombian Civil War is a term for an armed conflict between the Colombian government and its rebel groups, the best known of which are the Revolutionary Armed Forces of Colombia (FARC) and the National Liberation Army (ELN). On the government's side, however, is the Joint Self-Defense of Colombia (AUC), whose members are held by wealthier populations and cartels. The beginnings of resistance to the government began in 1948, when the populist politician Jorge Eliécer Gaitán was assassinated, leading to a civil war called La Violencia ("Violence"). The conflict began eighteen years later with the establishment of the FARC in 1964 by leader Pedro Antonio Marín.

Report The 50-year conflict is over, and a ceasefire is taking place in Colombia in Wikinews

Pictures, sounds or videos about Army Conflict in Colombia on Wikimedia Commons