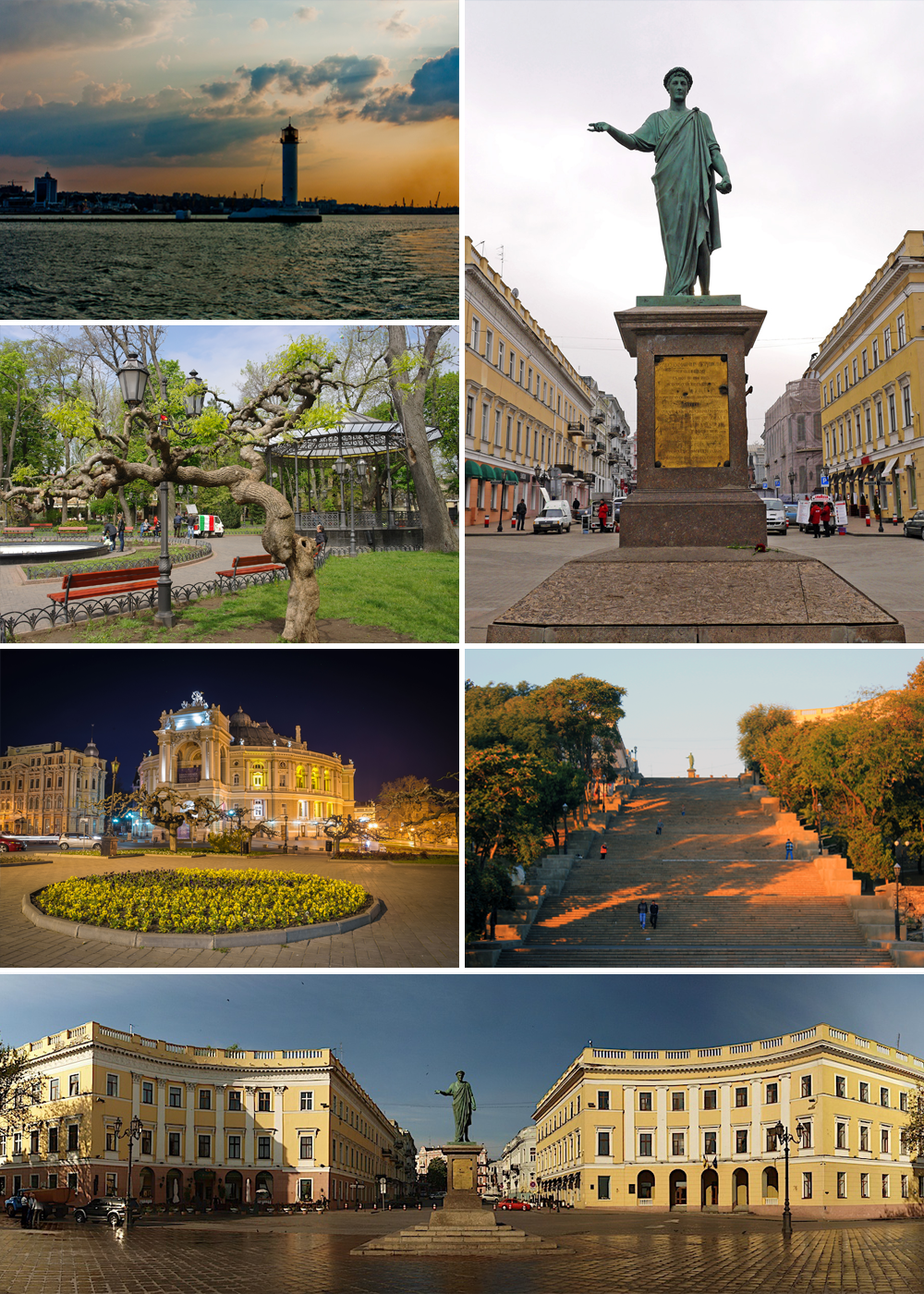 Odessa (Ukrainian Одеса; Russian Одесса [aděssa]) is a city in southern Ukraine, the capital of Odesa Oblast with two of Ukraine's largest ports on the Black Sea coast, 440 km south of Kyiv and 45 km east of the Moldovan border. In terms of population, Odessa is the third largest city in Ukraine after Kyiv and Kharkiv (as of January 1, 2019, 1,013,292 people lived in Odessa). In the past, Odessa was the economic, commercial, and cultural center of the Russian Empire, and before the October Revolution in 1917, it was the third the largest city in all of Russia. The original population consisted mostly of Russians, who were later outnumbered by Ukrainians. A significant minority of Odessa was made up of Jews, who, however, were almost exterminated during the German and Romanian occupations during the Second World War.

Odessa was founded in 1794 by the Russian Empress Catherine II. Large on the site of the conquered Turkish fortress Khajibey, after the victorious Russo-Turkish war and the defeat of the Crimean Khanate, to which the territory belonged. In 1795, its current name "Odesa" appeared. The origin of this name is not entirely clear. It is believed to come from the name of the Greek colony Odessos, which was once located somewhere on the coast of the Black Sea (today's assumption is that somewhere near today's Varna). The city began to grow dynamically immediately after its establishment. A number of important architects and artists participated in the creation of the city. The population consisted mainly of Russians and Ukrainians, but later large communities of Turks, Greeks, Jews, Bulgarians and Albanians also lived in the city. At the turn of the 18th and 19th centuries, the port was developed, and thanks to its strategic location, it became a major cargo transshipment point. In 1850, the city had 100,000 inhabitants, making it the third largest city in Russia. Odessa was one of the commercial and industrial centers of the country. In 1865, the New Russian University was opened there, which since 1945 has been named after the Russian scientist and winner of the Nobel Prize for Medicine, Ilya Mechnikov. In 1899, the Museum of Fine Arts was founded. During the civil war, several governments took turns in the city, until in the early 1920s Odessa was finally taken under its control by the Red Army. Three years of fighting have damaged the city.

During World War II, Odessa was first bombed and, despite its defenses, it was occupied by the German army on October 16, 1941, after the retreat of Soviet troops to Crimea. Subsequently, it was occupied by Romania until 1944 and annexed to the Transnistria governorate; there were concentration camps in the vicinity, in which a large part of Romanian and Odessa Jews perished; other Jews were murdered during the Odessa massacres. Partisan resistance at that time was mainly concentrated in the Odessa catacombs. The Red Army under the leadership of Rodion Malinovský, a native of Odessa, fully regained the city on April 10, 1944. In 1945, Odessa received the honorary title of Hero City. After the war, the city experienced significant territorial development.

After the Euromaidan protests until February 2014, to which the predominantly Russian-speaking Odessa only partially joined, and the subsequent sharp deterioration of Ukraine's mutual relations with Russia, caused by political changes in the country, unknown activists on the Internet announced on April 16, 2014 the so-called Odessa People's Republic, independent of Ukraine. On 2 May 2014, after relative calm, riots broke out in the city, killing at least 46 people. First, a group of pro-Russian gunmen armed with firearms, Molotov cocktails and sticks attacked a demonstration for a united Ukraine, attended by football fans of the teams Chernomorets Odesa and SK Metalist Kharkiv, whose match was taking place that day. After this clash, 4 people were found dead and dozens injured. Police don't know