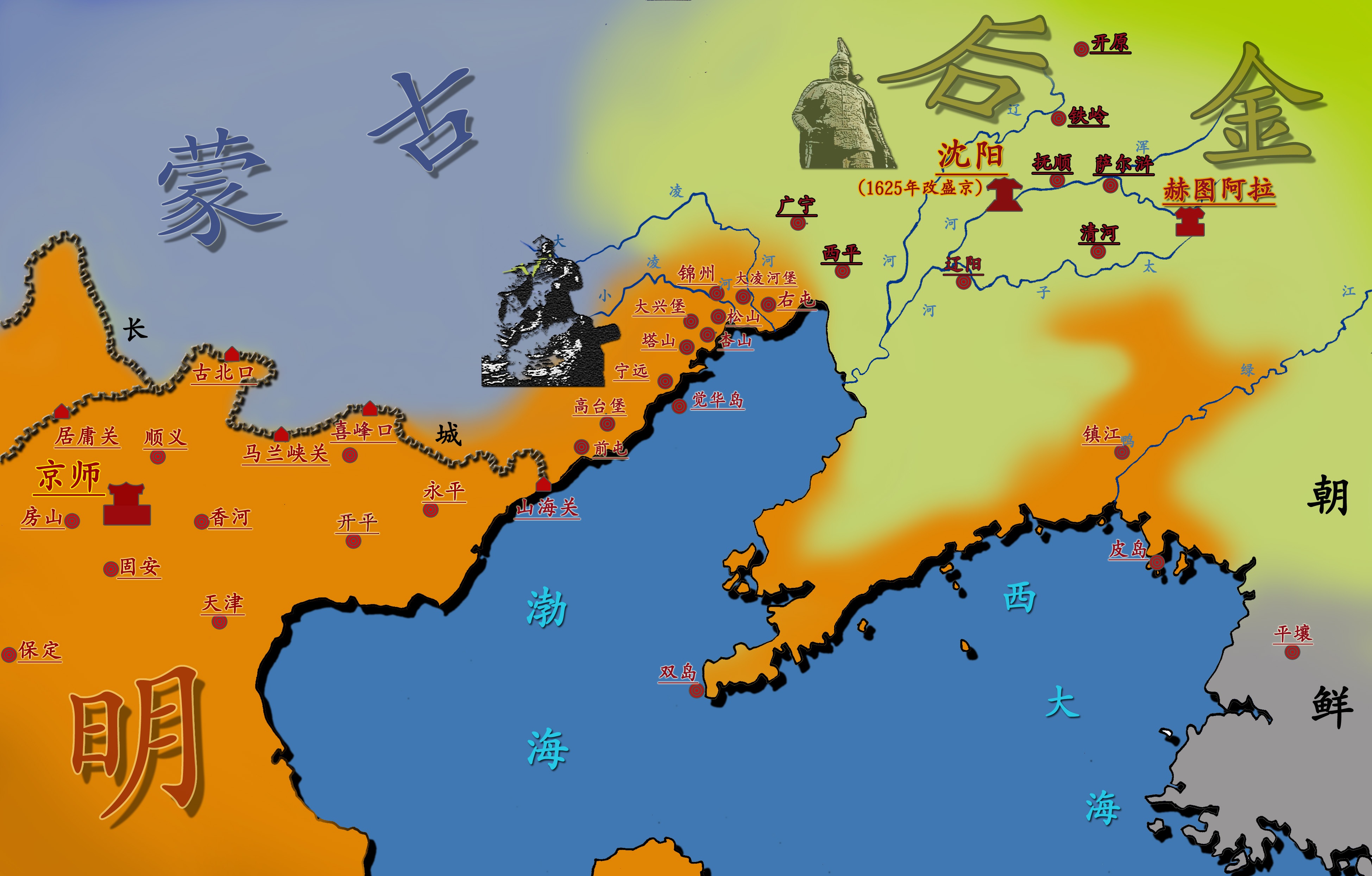 The Late Jin Empire (Chinese in Czech transliteration Chou Ťin, Pinyin Hòu Jīn, simplified characters 后金, traditional 後金, Manchurian: Aisin Gurun) was a state proclaimed in 1616 by Nurhač, the chief of the Jurchen tribes. Nurhachi, originally a minor Jurchen chieftain, united the Jurchens in southern Manchuria from the 1680s to the first decades of the 17th century and conquered the Liaotung Peninsula in Ming China. In 1616, he accepted the title of khan and named his state Great Jin, after the Jurchen Empire of Jin from the 12th-13th century. century. To distinguish it from the aforementioned empire, historians distinguish Nurhači's state with the adjective "Late", i.e. Late Jin. Nurhaci died in 1626, his son and successor, Chuang Tai-chi, renamed the Djurchens Manchus and in 1636 the state of the Qing Empire.