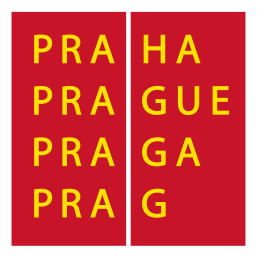 Prague (German in Prague; in other languages ​​often Prague or Prague) is the capital and at the same time the largest city in the Czech Republic, at the same time it is the 14th largest city in the European Union. It lies slightly north of the center of Bohemia on the Vltava River, within the Central Bohemian Region, of which it is the administrative center, but is not part of it, as according to Act No. 347/1997 Coll. separate self-governing unit. It is the seat of a large part of state institutions and many other organizations and companies. It is home to the president of the republic, parliament, government, central state authorities and one of two high courts. In addition, Prague is the seat of a number of other offices, both central and territorial self-governing units; The headquarters of most political parties, movements and initiatives and the headquarters of almost all churches, religious and other associations with nationwide activities registered in the Czech Republic are also located here. Prague has been evolving for eleven centuries to its current form. As a historic metropolis, it was the capital of the Czech Principality, the Czech Kingdom and the seat of the emperors of the Holy Roman Empire. The city played an important role in the Czech and Protestant Reformation, in the Thirty Years' War and in the history of the 20th century as the capital of Czechoslovakia, both during both world wars and in the post-war communist era. Prague is home to a number of famous cultural attractions, many of which have survived the devastating period of 20th century Europe. The main attractions include Prague Castle, Charles Bridge, Old Town Square with the Prague Astronomical Clock, Josefov, Petrin Hill and Vysehrad. Since 1992, the historical center of Prague has been inscribed on the UNESCO World Heritage List. Prague covers an area of ​​496 km2 and has a population of about 1.3 million, the Prague metropolitan area has about 2.1 million inhabitants. even above European standards. In 2019, the quality of life index showed that Prague has the second best quality of life in the Czech Republic. According to Eurostat statistics, it is the ninth richest region in Europe. GDP per capita in Prague reaches 171% of the European Union average (GDP per capita in the Czech Republic reaches only 80%). A total of 12 universities (university-type colleges) are located in Prague. Prague is also generally considered one of the most beautiful cities in Europe. The historic city center with a unique panorama of Prague Castle, the largest castle complex in the world, is a UNESCO World Heritage Site. It is the historic core of the city and many monuments that attract millions of tourists from all over the world every year. In 2017, 8.5 million tourists visited Prague, making it the fifth most visited city in Europe, after London, Paris, Istanbul and Rome.

The official name is Prague, or the capital city of Prague (abbreviation of the City of Prague) has been Prague since 1920, before the unification of Prague cities in 1784, the name was the royal capital Prague. Slavic languages), Prag (German) or Prague (English and French), the form with [h] has Slovak and eg Ukrainian. [source?]

Originally it was called Praga, only in the High Middle Ages did the phonetic change in Czech change [g] to [h]. Ibrahim ibn Jacob first recorded the name of the city in his Arabic-language travelogue in the 1960s in a form usually transliterated as Phrase. [Source?] linguistic and material (geographical, archaeological). Most often