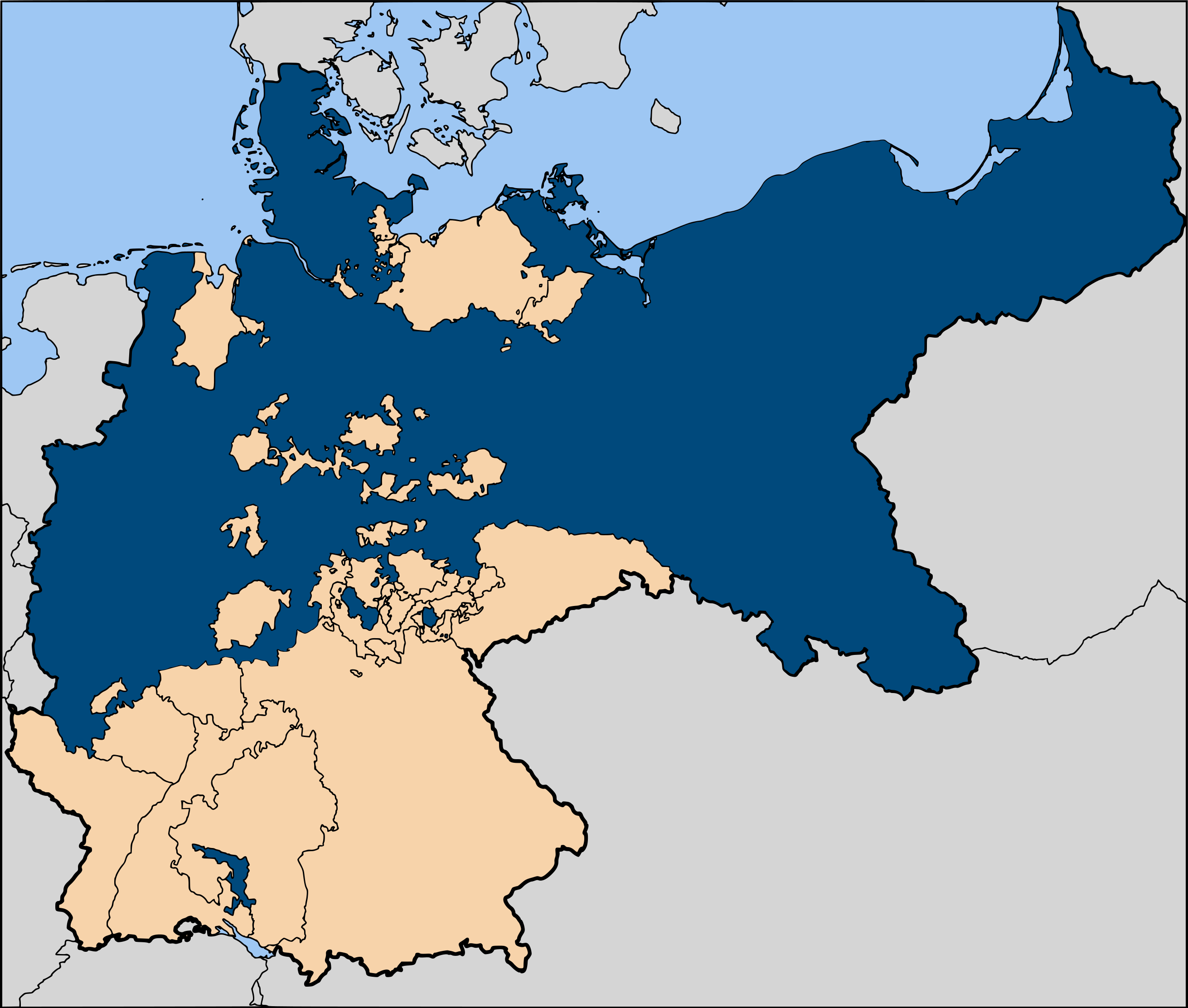 Prussia (old and Polish Prusy, German, Latin Borussia, Prutenia, Prussian Prūsa, Silesian Praj(z)sko, Swedish Preussen, French Prusse, Hungarian Poroszország) was a historical state unit in Central Europe, which for several centuries had a major influence on German and European history. Its capital was originally Královec, then Berlin. Today, its territory is divided between Germany, Poland, Russia and marginally Belgium, Denmark, the Czechia, and Lithuania. The name Prussia comes from the Prussians, Baltic tribes related to Lithuanians and Latvians, living around the Gulf of Gdańsk. In the thirteenth century, the original medieval Prussia was conquered by the Order of the Teutonic Knights. In the 17th century, Prussia was annexed to the more important Margrave of Brandenburg, and at the beginning of the 18th century, in connection with the establishment of the Kingdom of Prussia, the name "Prussia" was transferred to the entire state (the core of which, however, was still Brandenburg). Thanks to its military maturity and efficiency, it gradually became a European power with a decisive influence on Central Europe, one of the drivers of the industrial revolution and a leading force in the process of German unification. From 1871 the King of Prussia was also the German Emperor. After the First World War and the fall of the monarchy, Prussia was transformed into a Free State within the new German Weimar Republic, after the Nazi reorganization in the 1930s it lost its real significance as an entity. In 1947, Prussia was formally abolished by the decision of the Allied Control Commission.

The original Prussia represented the territory in the southern Baltic between the lower Vistula and the lower Niemen (roughly the later West and East Prussia). After taking control of Brandenburg, the state known as Prussia expanded to a large area in the northern part of the then Holy Roman Empire, today mostly belonging to Germany (Brandenburg, Schleswig-Holstein, Lower Saxony, Rhineland, Westphalia, etc.), partly to Poland (Silesia, Lubusz, Pomerania ) and marginally also Belgium (Eupen and Malmédy), Denmark (southern edge) and the Czech Republic (Hlučín). Outside of the Empire, Prussia mainly included Wielkopolska (Poznań), in the north-east it extended as far as today's territory of Russia (Kaliningrad region) and Lithuania (Klaipeda). In today's Germany, there were many enclaves of other historical estates (Oldenburg, Brunswick-Lüneburg, Mecklenburg, etc.) in Prussian territory. Prussia also included Hohenzollern, a small ancestral territory of the Prussian ruling dynasty in southern Germany.

Already in the period before our era, tribes of Prussians lived in the eastern Baltic. That is why this territory was called "Prussia" in the Middle Ages. The Prussians remained pagans and did not create a state organization. Attempts to Christianize the Prussians remained fruitless. In addition, they themselves began to organize predatory raids on Polish territory. [source?] Prince Konrad of Mazovia therefore invited the Order of the Teutonic Knights to the country to defend his territory and gifted them the land of Chelmín in 1226.

In 1237, the Order of the Teutonic Knights merged with the Order of the Brothers of the Sword, which operated in Livonia. The Prussian territory was thus caught in a pincer and was conquered over the next 50 years. Czech monarchs Přemysl Otakar II also participated in the Crusades against the Prussians. and John of Luxembourg. The original Prussian population was Germanized or exterminated, the Prussians were mainly colonized by German colonists. In 1309, the order's territory expanded to include Gdańsk Pomerania. The Teutonic Knights expanded against the hitherto pagan Lithuania and Christian Poland, which, in order to defend themselves against the order, joined the Blood Union into one state unit in 1385, which was ruled by the Jagiellonians. In 1410, the Kingdom of Poland achieved a significant victory over the Dumb Order