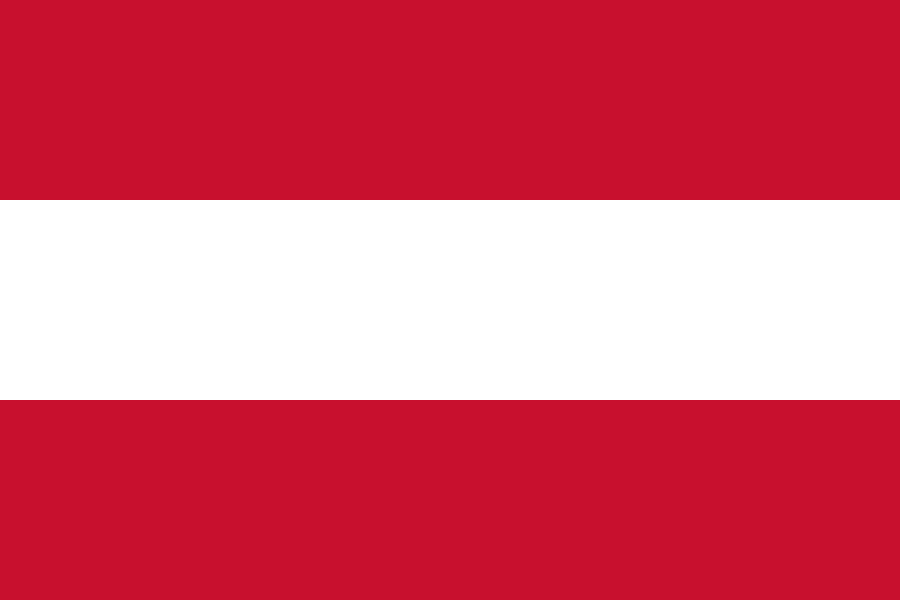 Austria, the full name of the Republic of Austria (German Republik Österreich), is an inland federal republic located in Central Europe. It consists of nine federal states. It borders Liechtenstein and Switzerland in the west, Italy and Slovenia in the south, Hungary and Slovakia in the east, and the Czech Republic and Germany in the north. Its capital is Vienna. Other major cities are Graz, Linz, Salzburg and Innsbruck. Austria is a highly mountainous country, with mountain areas occupying 60 percent of its area. The lowlands are mainly around the Danube, Austria's largest river. There are almost nine million people living in the country, speaking mostly German (Bavarian dialect). The majority religious denomination is Catholicism. Austria has a very developed service-based economy, with nominal gross domestic product per capita being the fourteenth highest in the world (2018). Austria is a member of the United Nations, the Council of Europe and the European Union. It is part of the Schengen area and the euro area. Austria has been cultivating a tradition of neutrality since 1955, so it is not a member of any military alliance. Thanks to this, Vienna is the seat of a number of international organizations, such as the Organization of the Petroleum Exporting Countries. The Republic of Austria was founded in 1918, but continues the constitutional tradition of Austria-Hungary (established in 1867), the Austrian Empire (1804), the Austrian Archduchy (1453), the Duchy of Austria (1156) and the Austrian Margraviate (976). Two families in particular played a key role in the country's history: the Babenbergs and the Habsburgs. In the 19th century and the beginning of the twentieth century, Austria was a key cultural, intellectual and scientific force in Europe. The country is an important travel destination, attracting tourists from all over the world to visit picturesque landscapes, extensive mountain terrain and exhibition villages. It is characterized by a high level of service. The most popular destinations include the capital Vienna and the cities of Salzburg and Graz, which, like Vienna, are important cultural centers. Attractive castles, castles, monasteries and churches are attractive for tourists. Last but not least, Austria offers visitors world-famous alpine resorts such as Innsbruck, Kitzbühel, the Salzkammergut region or Zell am See.

The German name Österreich comes from the Old German word Ostarrichi, which is documented in a document of Emperor Otto III. from 996 and refers to the "Eastern Mark" (Marchia orientalis), which was at that time the easternmost territory with a population speaking one of the numerous dialects of German. In Latin, the name was distorted to Austria, which was taken over by other languages, especially non-Germanic. The misleading form with the australis ("southern") is only coincidental. The original Czech name Austria (historically Austria, later Austria) comes from the border castle Ratgoz (now Raabs at the confluence of the Moravian and Austrian rivers Dyje), whose name Czech merchants distorted to Austria (or Austria). According to him, they named the surrounding territory and later the whole country. This name was taken over by Slovak as Austria and formerly also by Polish as Austria.

The oldest human settlement in Austria is documented in the Middle Paleolithic, in the time of the Neanderthals. Many archeological sites are located in Lower Austria, the most famous in the Wachau, where the two oldest Austrian works of art were found - Venus of Galgenberg (also "Dancing Fanny") found near Stratzing and Venus of Willendorf. The famous frozen mummy of Ötzi, found on the border with Italy, is also included in this period. During the Bronze Age, between the 3rd and 1st centuries BC, ever larger shopping centers and