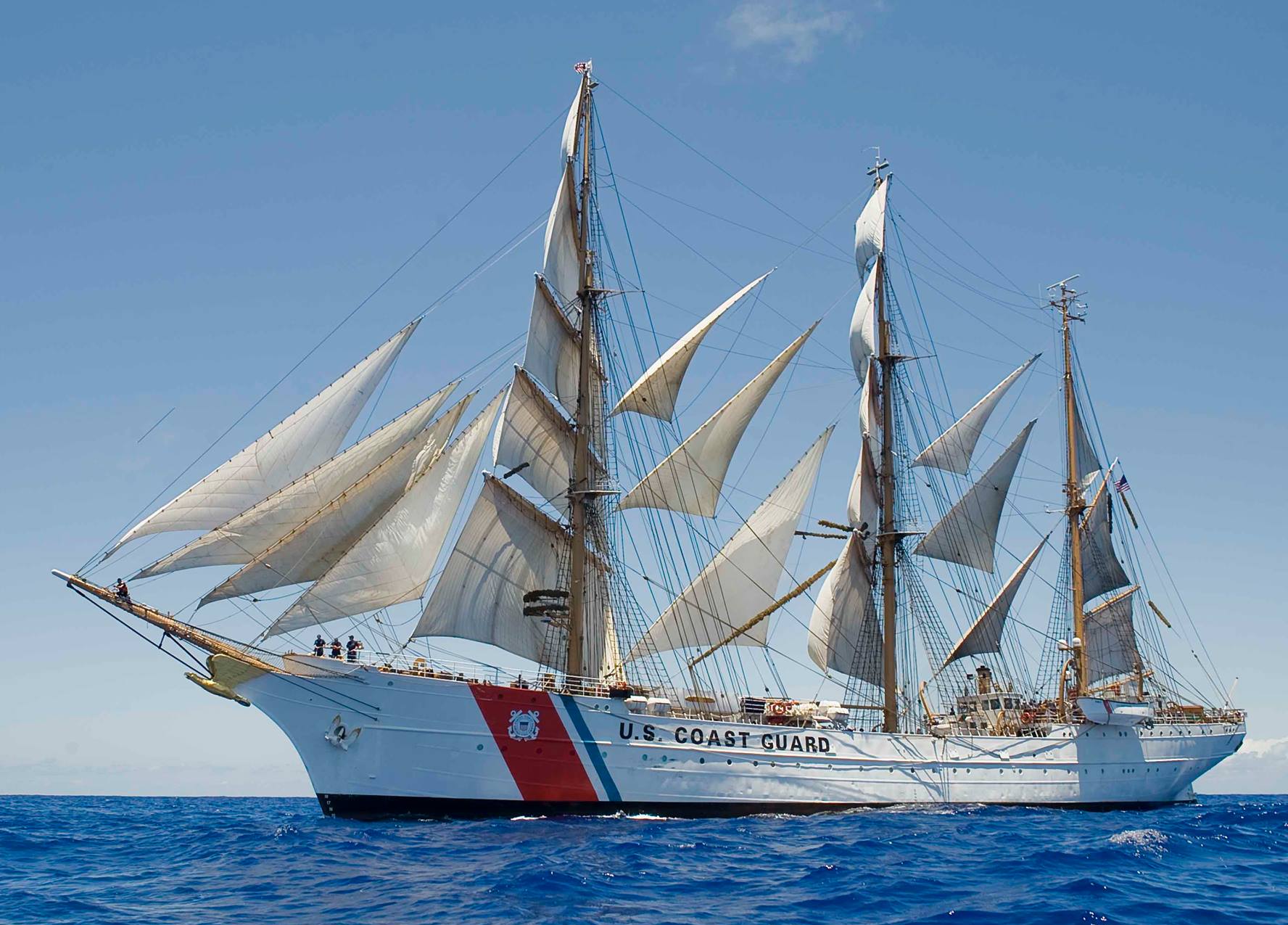 The USCGC Eagle (WIX-327) is a training three-masted barge of the United States Coast Guard from 1936. The Eagle is the seventh American warship of this name. The vessel was originally a German Gorch Fock class training ship Horst Wessel, which was handed over to the USA after World War II. At present, the USCGC Eagle and the USS Constitution are the only two US Armed Forces sailboats still in active service. The vessel's home base is the United States Coast Guard Academy in New London, Connecticut. Every new US Coast Guard cadet has been trained in the Eagle since his inauguration. During her service, the sailboat circled the globe and was visited by US Presidents John Fitzgerald Kennedy, Richard Nixon and Harry Truman, and once by German Chancellor Adolf Hitler.

The sailboat was built for the German Kriegsmarine shipyard Blohm & Voss in Hamburg. The vessel was put into service in 1936 as a training sailboat Horst Wessel. After the German defeat in World War II, the ship was acquired by the United States as spoils of war. The U.S. Coast Guard enlisted her on May 15, 1946. In connection with the 70th anniversary of her assignment to the Eagle Coast Guard, she passed the general for $ 28 million.

The crew consists of 12 officers, 38 sailors and 150 cadets. The hull of the vessel is built of steel. The sails have an area of ​​22,300 square feet. The vessel is equipped with auxiliary diesel. In the past, it was a German MAN with an output of 750 hp, replaced by a Caterpillar D399 diesel with an output of 1000 hp. The highest speed reaches 17 knots under the sails and 10 knots only with the use of auxiliary diesel. For the years 2017–2018, the modernization of the vessel's propulsion is planned, during which the existing auxiliary diesel is to replace the new MTU 8V4000.

Pictures, sounds or videos about USCGC Eagle on Wikimedia Commons